There have been six manned missions to the lunar surface, the most recent in December 1972.

Amazon founder Jeff Bezos was just 8 years old when Apollo 17 returned to Earth, closing the book on manned lunar exploration for a generation. Then, the technology that was to make him the richest man on Earth was still at the concept stage.

Now Bezos is a multi-billionaire. His net worth is estimated at somewhere in the region of $160billion. He’s wealthier than many entire countries, and indeed richer than the poorest 48 nations on Earth.

But Bezos’s focus isn’t on Earth, but on our nearest neighbour, the Moon. 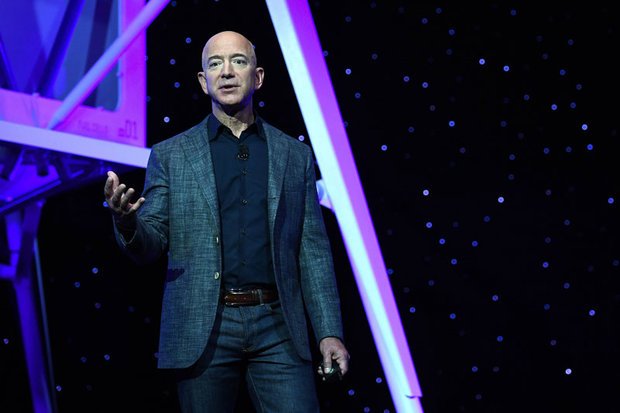 “It’s time to go back to the moon, this time to stay.”

In his speech Bezos looked forward not only to a Moon landing but to the establishment of space colonies orbiting the Earth.

“This is Maui on its best day all year long. No rain, no storms, no earthquakes,” he said, describing the giant space stations he envisages. 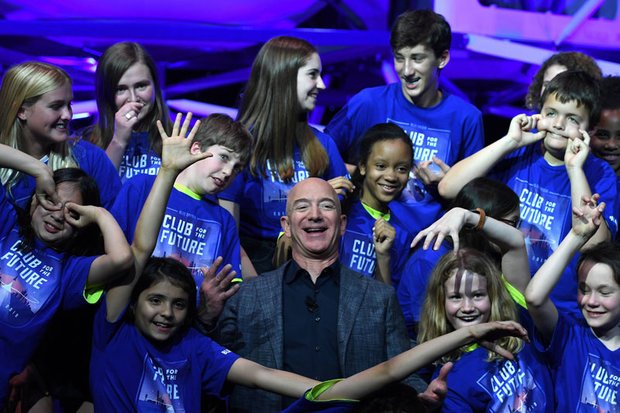 And the first step, he says, is a return to the Moon: “It’s time to go back to the moon, this time to stay.”

Blue Moon is an enormous craft compared to the Apollo landers used by NASA in the early Moon missions.

It‘s designed to operate with or without a human crew, safely landing up to 6.5 metric tonnes of payload including either 4 autonomous rovers or an ascent stage to return lunar explorers to Earth.

Bezos didn’t specify an exact start date for the mission, but suggested that his Blue Origin space venture could partner with NASA on their planned 2024 return to the lunar surface: “We can help meet that timeline, but only because we started three years ago.” 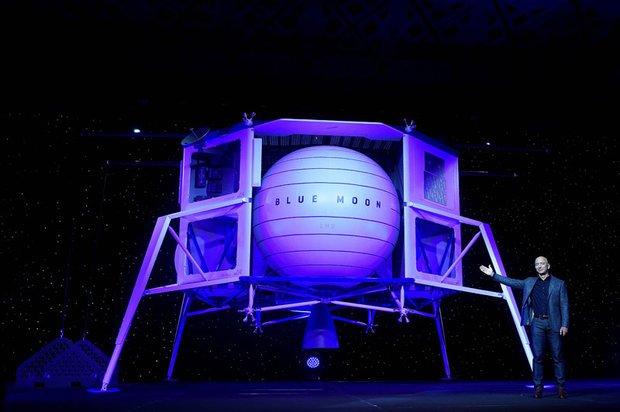 he Moon is a more attractive prospect for explorers, and colonisers, than it was in Neil Armstrong’s day simply because it’s now been established that there is water available on its surface which could be drunk or reprocessed into fuel: “One of the most important things we know about the Moon today is that there’s water there,” Bezos said.

“It’s in the form of ice. It’s in the permanently shadowed craters on the poles of the Moon, and water is an incredibly valuable resource.”