Relations between France and Brazil soured dramatically last week after Paris declared the wildfires raging across the Amazon rainforest an “international” emergency. “Macron is not up to the debate. He’s just an opportunistic scoundrel seeking the support of the French farming lobby,” Abraham Weintraub said in a Twitter post. “[The French] have chosen a spineless president… We need to attack this cretin,” he continued, adding that France was a “country of extremes”.

Mr Macron said last week that the Amazon wildfires were an “international crisis,” and called on world powers to hash out concrete measures to tackle them.

“Our house is burning. Literally. The Amazon rainforest – the lungs which produce 20 per cent of our planet’s oxygen – is on fire,” the French centrist tweeted. 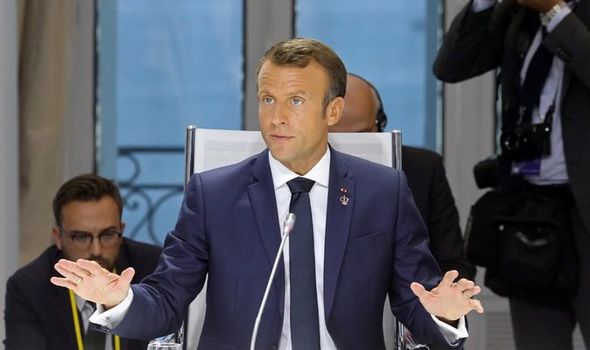 “I regret that Macron seeks to make personal political gains in an internal matter for Brazil and other Amazonian countries. The sensationalist tone he used does nothing to solve the problem,” Mr Bolsonaro tweeted.

Mr Macron hit back by calling Mr Bolsonaro a liar over a June pledge to fight global warming.

“Given the attitude of Brazil over the last weeks, the president can only conclude that President Bolsonaro lied to him at the Osako (G20) summit,” a French presidential official said.

The Macron official stressed that Mr Bolsonaro had showed he had decided not to respect climate commitments made to France, and that Paris would therefore oppose the EU-Mercosur trade deal. 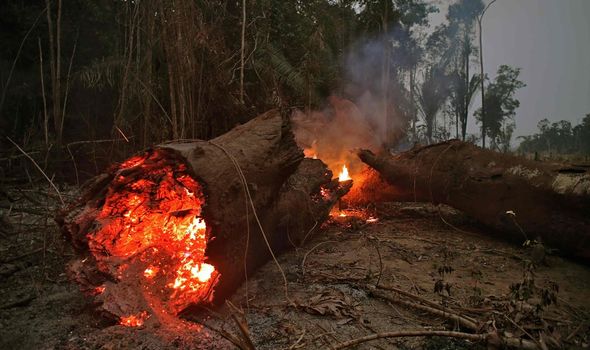 France has long expressed reservations about the draft free-trade pact, with Mr Macron warning in June he would not sign it if Mr Bolsonaro pulled out of the Paris climate accord.

Brazil’s ambassador to France Luís Fernando Serra also lashed out at Mr Macron, saying on Monday that what the country needed right now “help” and not foreign interference.

But the wildfires are now “under control,” he said, before accusing the foreign media of being “unfair” to Mr Bolsonaro. 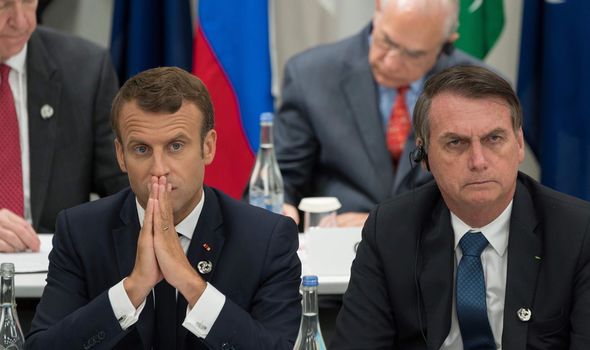 So far this year, there have been 76,720 forest fires in Brazil – the highest number since 2013, according to official data. More than half have been in the Amazon, drawing international concern because of the forest’s importance to the global environment.

Mr Bolsonaro, who hopes to convert Amazon land for cattle pastures and soybean farms, has described Brazil’s rainforest protections as a stumbling block to economic development.

Last week, he accused non-governmental groups of burning down the forest in retaliation for losing state funds under his administration.

“Crime exists,” he said in a Facebook Live broadcast. “These people are missing the money.”

He did not provide any evidence to back his allegations.

Environmental and climate experts, for their part, labelled his claims that NGOs were behind the fires a “smoke screen” to hide his government’s dismantling of protections for the rainforest.

They said that farmers clearing land were responsible for the sharp uptick in fires.