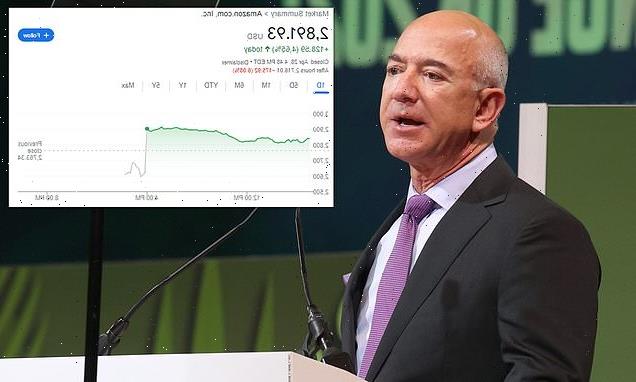 Amazon delivered a disappointing quarter and outlook on Thursday as the ecommerce giant was swamped by higher costs and online shopping declined in the wake of the COVID-19 pandemic.

Shares of the company fell 10 percent in extended trading after the company reported its first net loss since 2015, a $3.8 billion hit due in part to its investment in Rivian Automotive.

After a long-running surge in sales during the pandemic and subsequent lockdowns, Amazon’s outlook has dimmed as life returns to normal.

The company’s expenses swelled as it offered higher pay to attract workers during a labor shortage, and even then it could not fully staff warehouses. 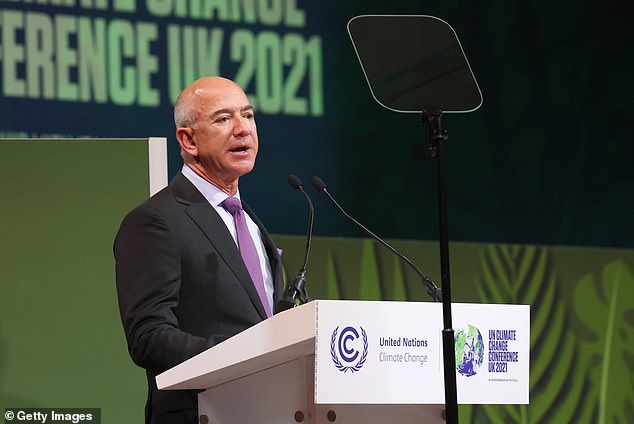 Amazon founder and chairman Jeff Bezos is seen above. Amazon delivered a disappointing quarter and outlook on Thursday 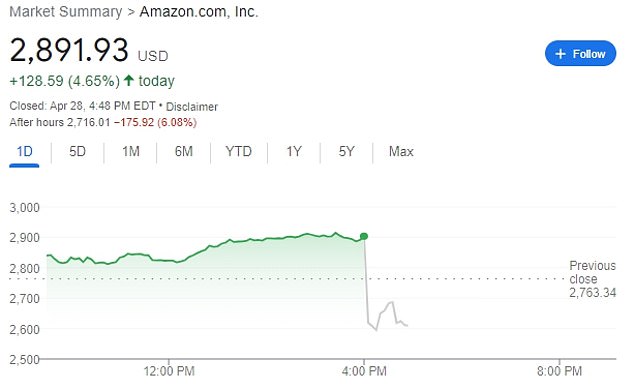 A fulfillment center in New York City voted to create Amazon’s first U.S. union, a result the retailer is contesting.

The Seattle-based company parried by raising fees. Partway through the just-ended first quarter, Amazon hiked the price of its fast-shipping club Prime, which has garnered more than 200 million subscribers, by 17 percent to $139 annually in the United States.

Effective Thursday, it is imposing an average 5 percent fuel and inflation surcharge on merchants that use Amazon’s U.S. warehousing services as well.

Amazon’s forecast shows these actions may not be enough to counter such challenges.

‘The pandemic and subsequent war in Ukraine have brought unusual growth and challenges,’ said Amazon CEO Andy Jassy in a statement.

Jassy said the company has finally met its warehouse staffing and capacity needs, but it still has work to do in improving productivity.

‘This may take some time, particularly as we work through ongoing inflationary and supply chain pressures, but we see encouraging progress on a number of customer experience dimensions, including delivery speed performance as we’re now approaching levels not seen since the months immediately preceding the pandemic in early 2020,’ he said. 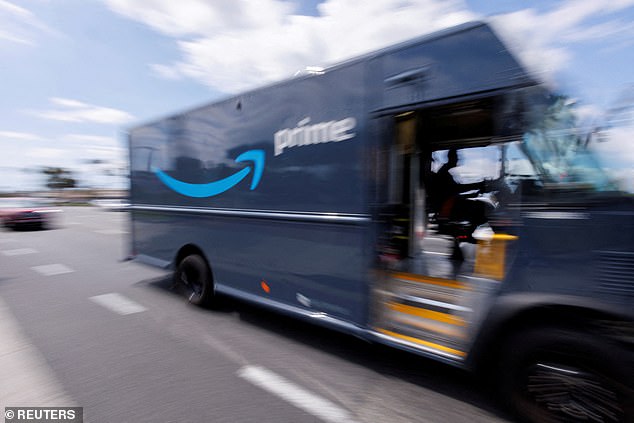 The division that Jassy ran before becoming CEO last year, Amazon Web Services (AWS), has traditionally been a bright spot for the company. The unit increased revenue 37 percent to $18.4 billion, slightly ahead of analysts’ estimates.

In retail, the e-commerce giant has had mixed results turning to brick-and-mortar stores to power food delivery and meet consumers wherever they wished to shop.

Amazon said in March it planned to close all 68 of its bookstores, pop-ups and other home goods shops, as it focuses on grocery stores.

U.S. government data shows that online retail sales fell 6.4 percent in March after declining 3.5 percent the month prior, the first back-to-back drop since the last two months of 2020.

Some economists attributed the change to household budgets strained from higher gasoline prices, while others blamed shifting seasonal patterns.

Amazon projected net sales of between $116 billion and $121 billion for the second quarter. Analysts were expecting $125.48 billion, according to IBES data from Refinitiv.

Net sales was $116.4 billion in the first quarter, compared to analysts’ expectations of $116.3 billion, according to IBES data from Refinitiv.