Nielsen released the ratings for Amazon's first "Thursday Night Football" broadcast, and the numbers are higher than expected.

That number includes people who watched the broadcast on Amazon Prime and who viewed the game locally in Kansas City and Los Angeles. Amazon Prime itself averaged around 11.8 million viewers, according to Sports Media Watch, with local broadcasts drawing 1.2 million. Amazon's own measurements have the number slightly higher, of course. According to John Ourand of Sports Media Journal, Amazon logged 15.3 million viewers, including Nielsen as well as its own internal measurements.

These ratings are better than expected. The 2021 "TNF" premiere, which aired exclusively on NFL Network, drew around 7 million viewers and a 4.1 rating. Most were expecting a lower figure than that, especially since you need a Prime subscription to watch the game.

Prime subscriptions didn't end up being a big obstacle. Amazon set a record for new Prime signups, which the company announced earlier this week. It had more signups during the game itself than any other day, including Prime Day, Black Friday and Cyber Monday, which are Amazon's three biggest shopping days of the year. Amazon didn't release the signup numbers for any of those days, so we'll have to take its word for it. 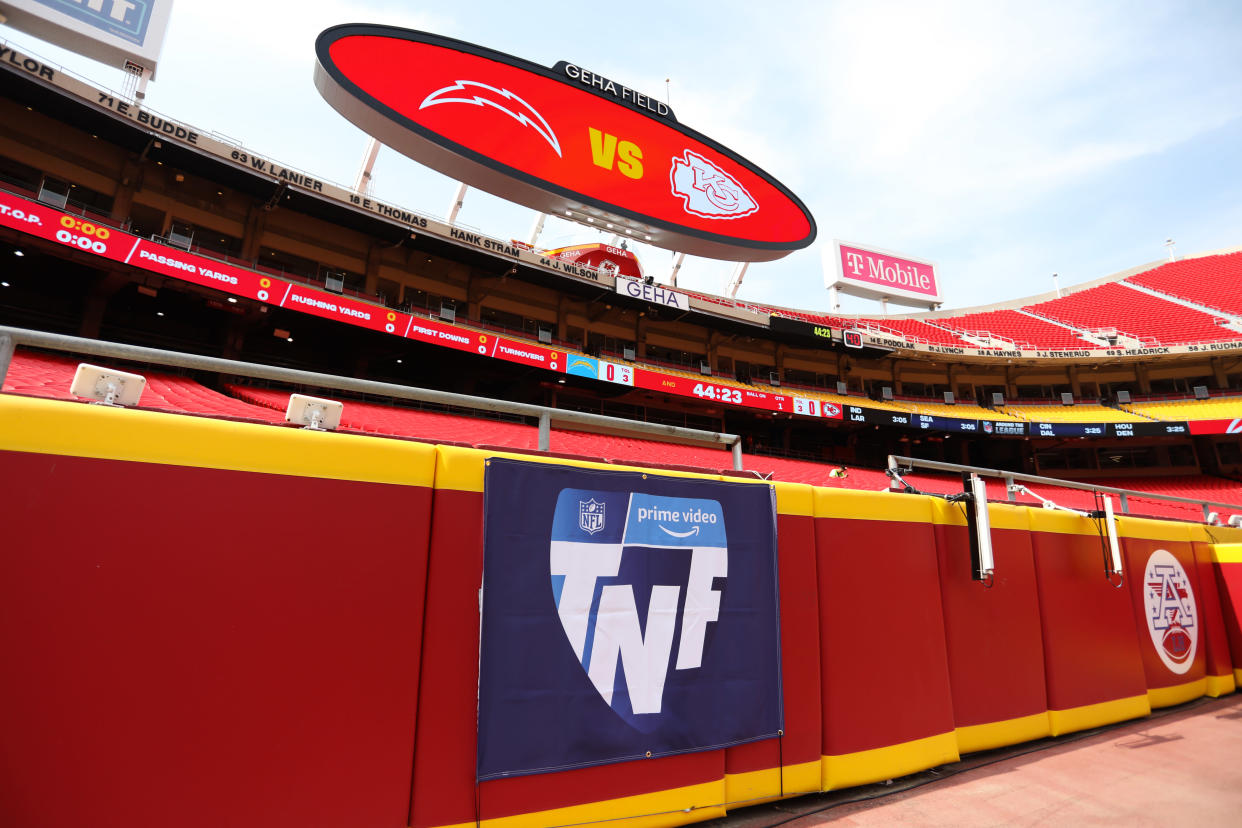 Amazon itself is probably breathing a sigh of relief, since it promised advertisers an average of 12.5 million viewers over the entire season. "TNF" averaged 13.2 million viewers in 2021, so it's off to a good start, but only time will tell if that's sustainable. The premiere game featured two talented teams with Super Bowl aspirations. The game airing this Thursday night is a contest between the Cleveland Browns and Pittsburgh Steelers, two teams that aren't necessarily on a rocket to the playoffs.

It took Nielsen a week to announce the viewership numbers for the "TNF" premiere, which is much longer than expected. According to Mike Florio of ProFootballTalk, the numbers were supposed to be announced Monday, but were continually delayed until Thursday's announcement. An explanation hasn't been given, but maybe it's another first-week wrinkle that Amazon needs to iron out.