America’s nuclear suicide squads: Soldiers were trained to parachute into battle with miniature nukes on their backs before blowing themselves up during the Cold War 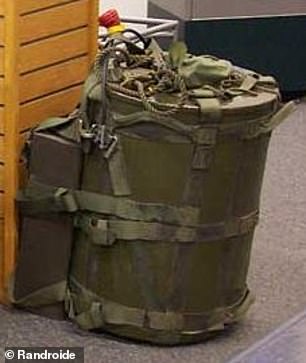 The US military once developed nukes that were small enough to fit into backpacks and trained suicide squads to carry them into battle.

Army chiefs created the special atomic demolition munitions – or SADMs – during the Cold War with the aim of using them against Russia if war broke out in Europe.

Teams of soldiers were trained to parachute into battle wearing nukes on their backs, before taking out strategic targets such as damns, railway bridges and arms dumps.

There was just one problem: The blast radius was so large that it would be virtually impossible for the troops to run away fast enough once the fuse had been set, making it a suicide mission.

Mark Bentley, from Wisconsin, volunteered for one of the units and said the soldiers were well aware of the risks.

He told the Army Times: ‘The Army is not going to set a bomb like that and run away and leave it, because they don’t know if someone else would get ahold of it. 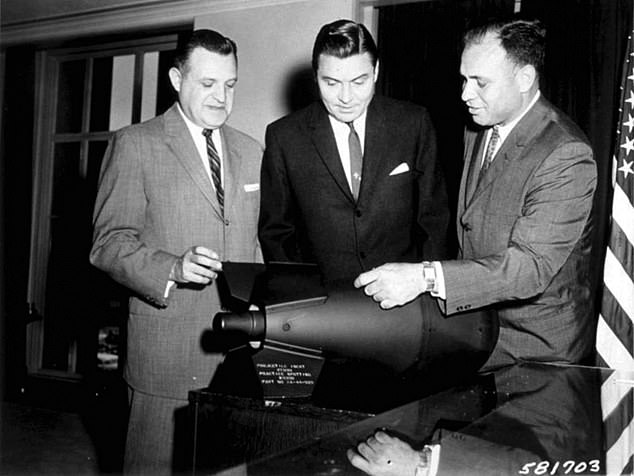 The W54 warhead (pictured) was among the smallest ever developed  and was designed to be used against targets such as bridges, arms dumps and military bases

‘They have to leave troops there to make sure it’s not stolen or compromised, and that would just be collateral damage.

‘You didn’t go out with the thought that it was anything other than a one-way mission. If you’re Bruce Willis, you get away, but I ain’t Bruce Willis.’

Fortunately the bombs were never used in actual combat.

SADMs were just one of several bizarre nuclear devices created by America during the Cold War as a deterrent to Soviet invasion, Foreign Policy explained.

At the time, Russia had a much larger and better-equipped army than both America and NATO, so the US knew that in the event of a war it would likely have to rely on nuclear arms to level the playing field. 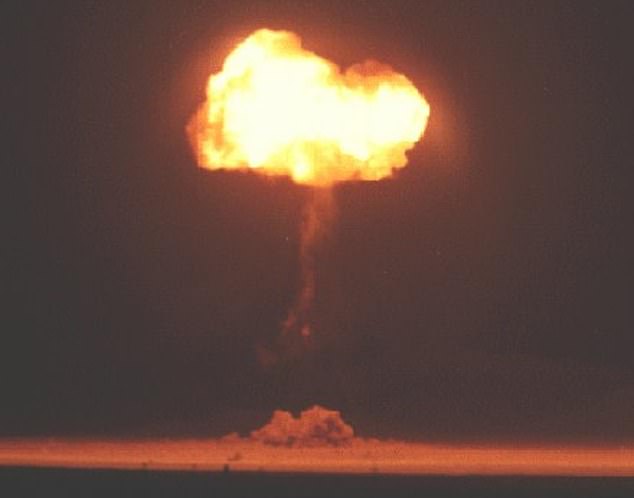 A test of an early version of the W54 warhead. Unfortunately for the soldiers tasked with using these bombs, it was highly unlikely they would be able to escape the blast

But firing a full-scale nuclear ICBM could easily escalate any conflict into a potential Armageddon, so a range of smaller devices were created to provide a more measured response.

The backpack bomb, known officially as a W54, created a blast that could level two streets of houses, equivalent to about 10 tons of TNT.

Later versions were scaled up to around the size of a two-gallon oil drum and had a yield of around 250 tons of TNT.

Another version of the W54 was the Davy Crockett – a nuclear warhead launched from a bazooka-type device.

Again the weapon was never used, partly because the blast radius was larger than the trajectory, meaning that firing the weapon meant certain death for the soldiers using it. 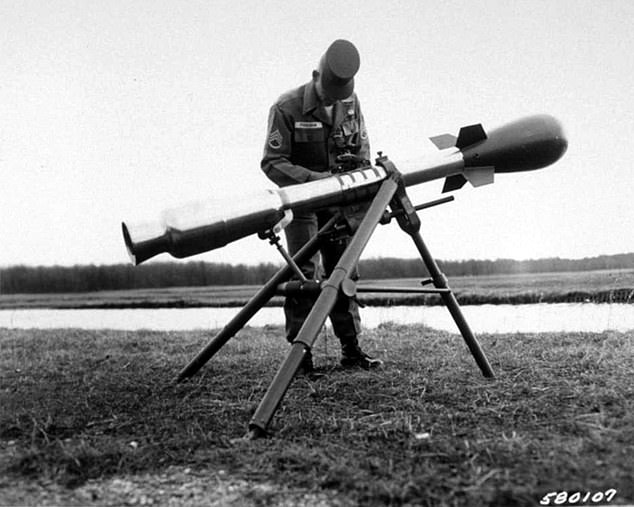 Another bizarre nuclear device developed by America was the Davy Crockett nuclear missile, which could be fired from a bazooka-type device, but would kill the crew using it