America drew up secret plans to invade Britain during the Cold War in case England became part of the Soviet Union, long lost documents have revealed.

US generals feared those from the socialist state would conquer the UK and insisted the Admiralty help them prepare a counter-offensive.

In August 1946, British secret service bosses received a request from the US Chief of Naval Operations for a topographical survey of Britain’s coastline and beaches.

Fearing Russian forces would soon be London, they said information about Britain’s beaches would be vital for America to send in the Marines. 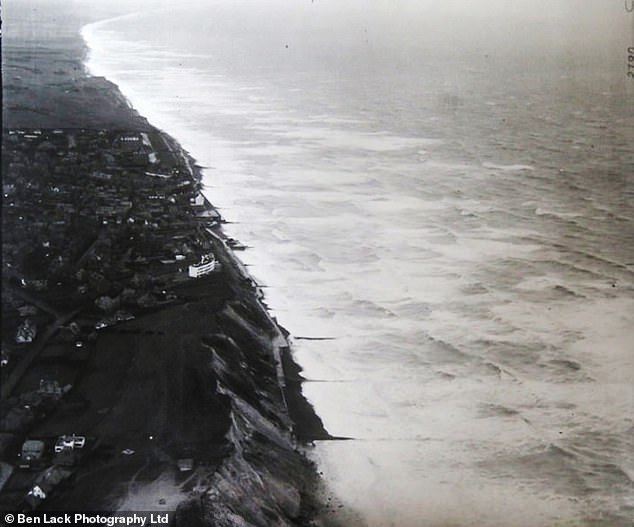 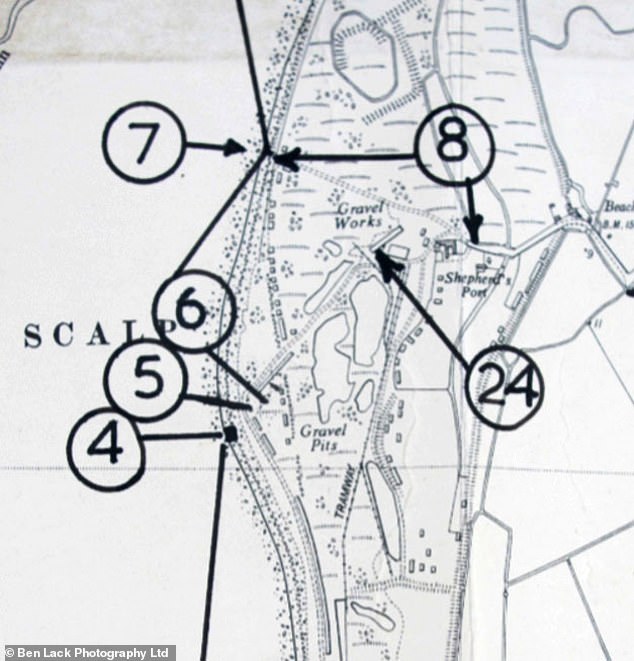 US generals requested topographical surveys of Britain’s coastline and beaches

According to files found in the National Archives, the armed forces approved a comprehensive coastal survey codenamed Operation Sandstone in August 1946.

While not to be confused with the American’s 1948 nuclear weapon tests under the same name, Operation Sandstone would gather information about onshore and seabed conditions, beach gradients and sea depth to enable the US Navy to land troops on our shores.

In 1951, the Chief of Combined Operations, Major-General Godfrey Wildman-Lushington, reported that Operation Sandstone was progressing. However, beach reconnaissance methods were ‘slow, costly and not applicable to areas to which we had no access’.

Nevertheless, the potty plan continued into the mid-1960s. By this time, most of Britain’s coast had been surveyed and bucket and spade holidays were booming.

Every section of the coast was carefully mapped and photographed to see how obstacles might hamper US trucks, jeeps, and armour.

For example, surveyors working on the Norfolk Coast between Kings Lynn and Cromer, found a gravel beach laced with wooden piles to form groynes.

They recorded in their notebooks: ‘Obstacles to wheeled vehicles and tanks – surmountable by personnel. Gradient 1:12 soft sand and gravel. See photo no. 4’

Every inch of the British coastline was also photographed from the air and each photo has to overlap with the following one to present a continuous sequence.

Although it ended up a colossal waste of money, the long lost files could now help scientists battling coastal erosion. 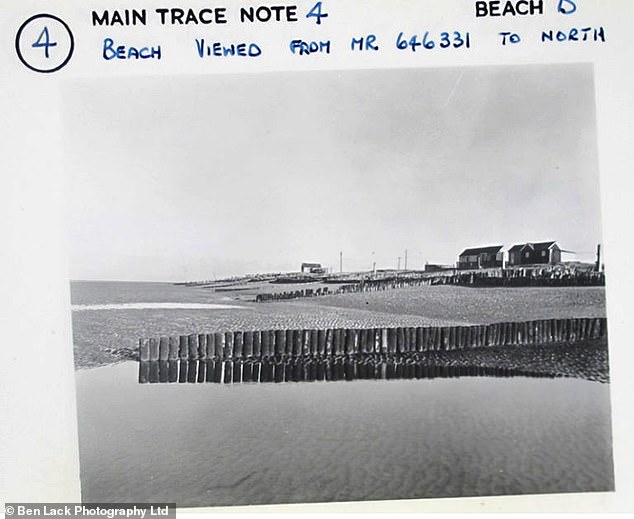 Surveyors working on the Norfolk Coast between Kings Lynn and Cromer, found a gravel beach laced with wooden piles to form groynes (pictured) 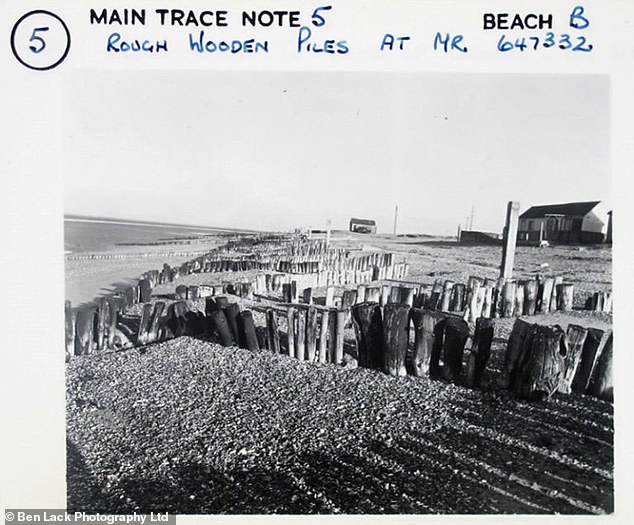 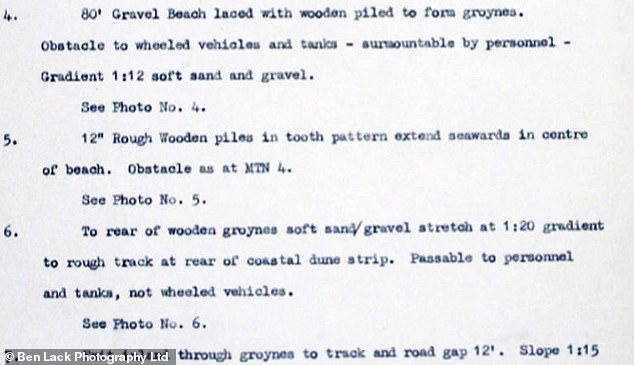 Dr Dan Gilfoyle, of the National Archives, said: ‘Operation Sandstone finished in 1966, but not before it had produced a rich photographic and descriptive record of the British coast.

‘The survey was fortunately never required for its original purpose and its records remained in storage.’

Following an extensive conservation and cataloguing project at The National Archives, they have now been made available to the public.

Dr Gilfoyle added: ‘They might yet have an important role for environmental studies, as they give a comprehensive picture of the coast as it was in the 1950s.

‘Assembled and presented digitally, they might provide an important marker for coastal change over the last sixty years.’