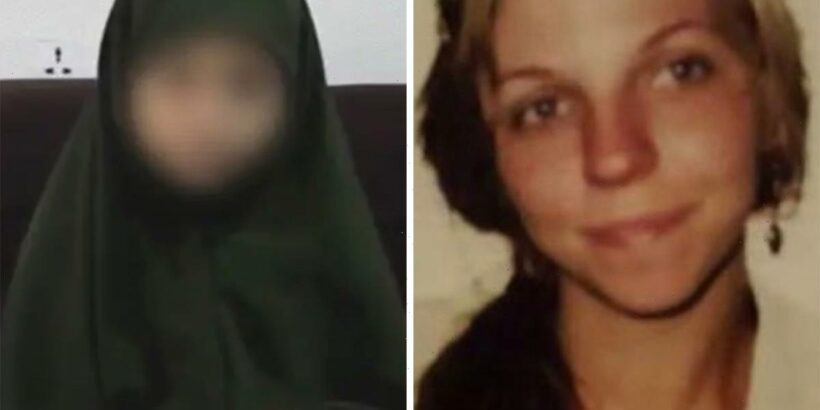 AN eight-year-old American girl whose mom Ariel Bradley died in airstrike after joining ISIS was rescued from a Kurdish-controlled detention camp in Syria.

Aminah Mohamad from Chattanooga, Tennessee, was forced to be a part of the terrorist organization since 2014 when her parents joined the group and was recently sent to the camp for people Islamic State ties. 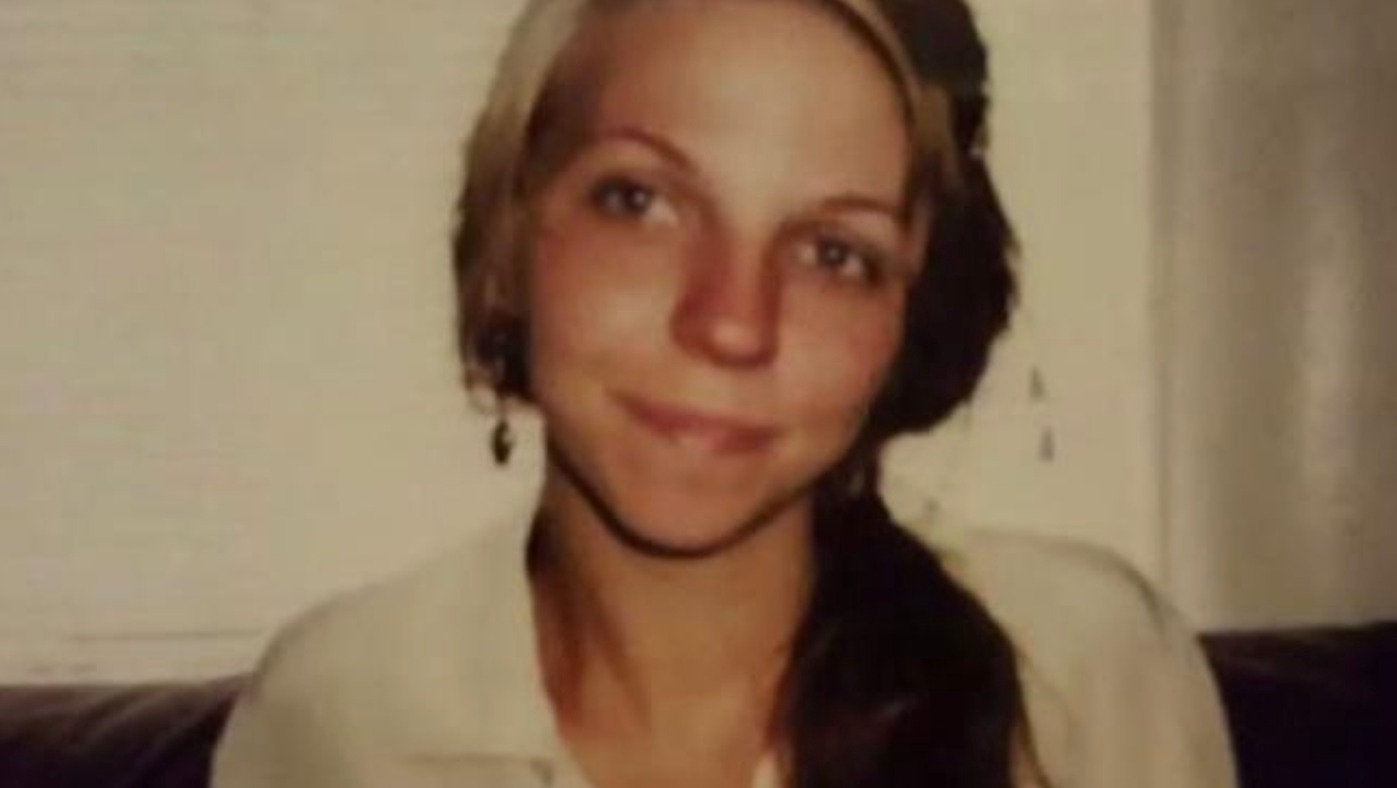 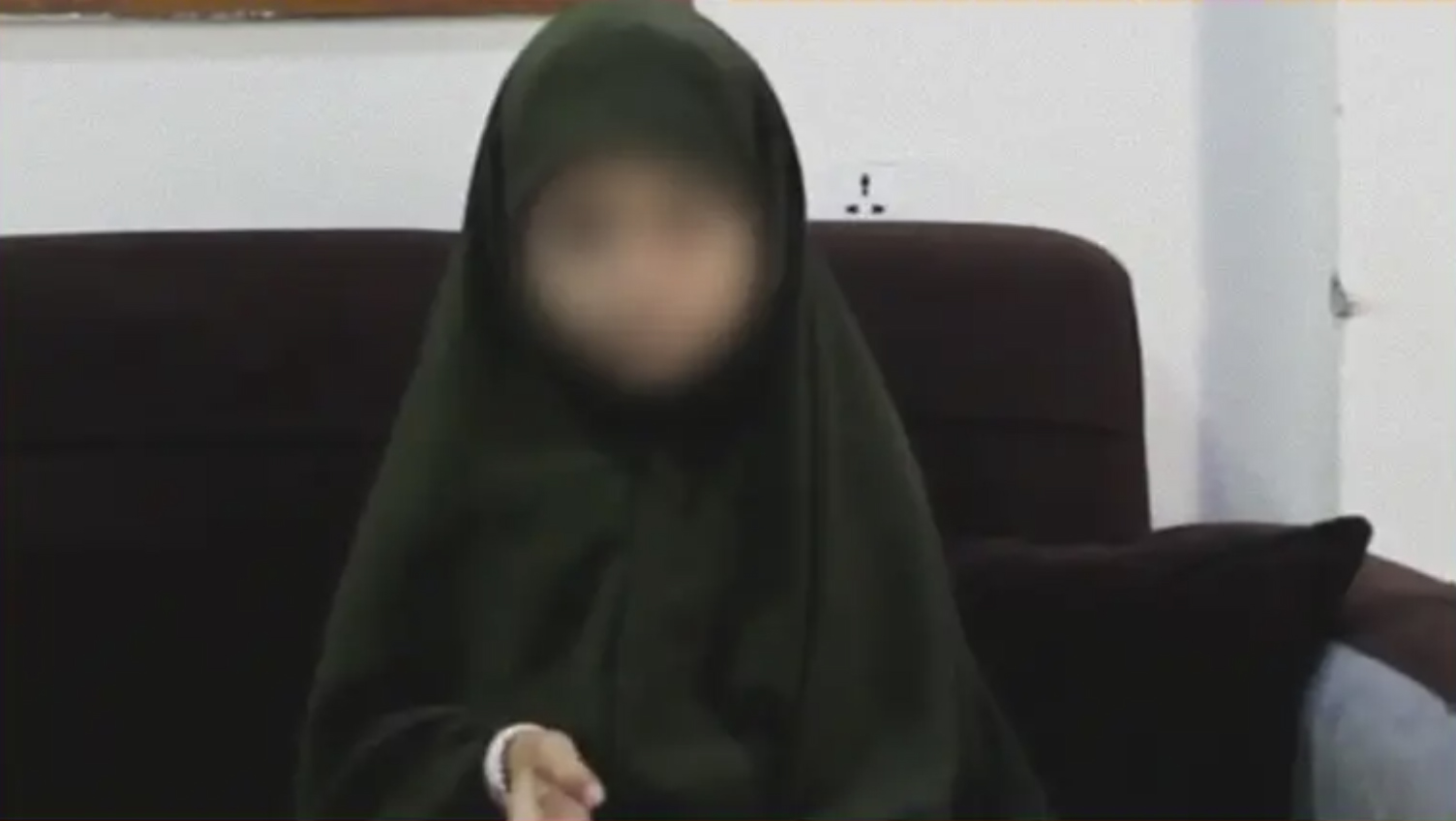 Her activist mom, Ariel Bradley, who was raised to be an evangelical Christian, homeschooled her with a focus on Pentecostal Church of God doctrine, before becoming an atheist, reported the Herald-Sun.

Aminah's mom – who had previously drank and smoked weed – got a crush on a young Muslim man she met at a restaurant, prompting her to dress more modestly and eventually convert in 2011, before joining ISIS.

Her friend told Buzzfeed: "The thing about Ariel that was just so weird was that she had a clearly segmented life.

'CRAWLING INTO HIS SKIN'

"As far as I could tell it was always in relation to whatever guy she was interested in.

"So if she meets a guy that's an atheist, she falls into that for a year. Then the guy leaves and she becomes somebody new and it starts all over again.

"It seemed like whatever guy she was with, she would just crawl into his skin and kind of become him."

Aminah's mom met Yasin Mohamad on a dating app and had an arranged Muslim marriage according to Buzzfeed. Bradley went to Borås, Sweden, to meet him where she fell pregnant.

She reportedly had her daughter at home and then moved back to Sweden before relocating to Syria so she and Mohamad could join ISIS in 2014, using social media to document the bizarre experience.

Bradley went on to have a son called Yaqub. When Mohamad was killed in an airstrike in June 2015, Bradley remarried another ISIS zealot Tareq Kamleh from Australia and had a son called Yousef with him.

Bradley and Yousef were killed in an airstrike in November 2018, according to a Canadian acquaintance so Aminah was cared for by one of her stepdad's other wives.

This Somali woman was dedicated to the terrorist ideology and tried to hide Aminah from the Kurdish guards so they wouldn't know she was American.

Aminah was concealed in long robes and a niqab to hide her age and race as a white female child though Muslim children are not required to wear naqibs.

However, the Canadian woman – who had tried to escape herself – told Kurdish authorities to pass along information to US diplomat Peter Galbraith, who spent years trying to repatriate women and children.

She told him about the group of Somali radicals hiding an American child.

“Children in the camps have the worst start to life,” she told Buzzfeed. “They are already traumatized by losing one or more parents and growing up around violence, poverty, and misery.

"They deal with constant danger, lack of food, lack of education, and their lives are simply going to waste.”

Buzzfeed reported that Galbraith said he "couldn't just leave her there if it was possible to get her out." So, on July 17, SDF soldiers arrived at the Somali enclave and retrieved Aminah during a raid.

The State Department spokesperson didn't confirm this or whether they were involved in the little girl's rescue.

A spokesperson told Buzzfeed they aim to "repatriate, prosecute when appropriate, rehabilitate when possible and reintegrate their foreign terrorist fighter nationals and associated family members currently living in northeast Syria and Iraq."

Aminah interviewed by the International Center for the Study of Violent Extremism after she was released from the camp.

Director Anne Speckhard told Buzzfeed the child "clearly self-identified as Aminah and talked about her family with deep sadness" and "doesn't have a clear context as to where she's from."

Galbraith hope to get Aminah "the counseling and the mental health support she's clearly going to need" but noted that his "ability to do anything is limited."

"But I want the people who make the decisions to know where she came from and what she went through," he added. 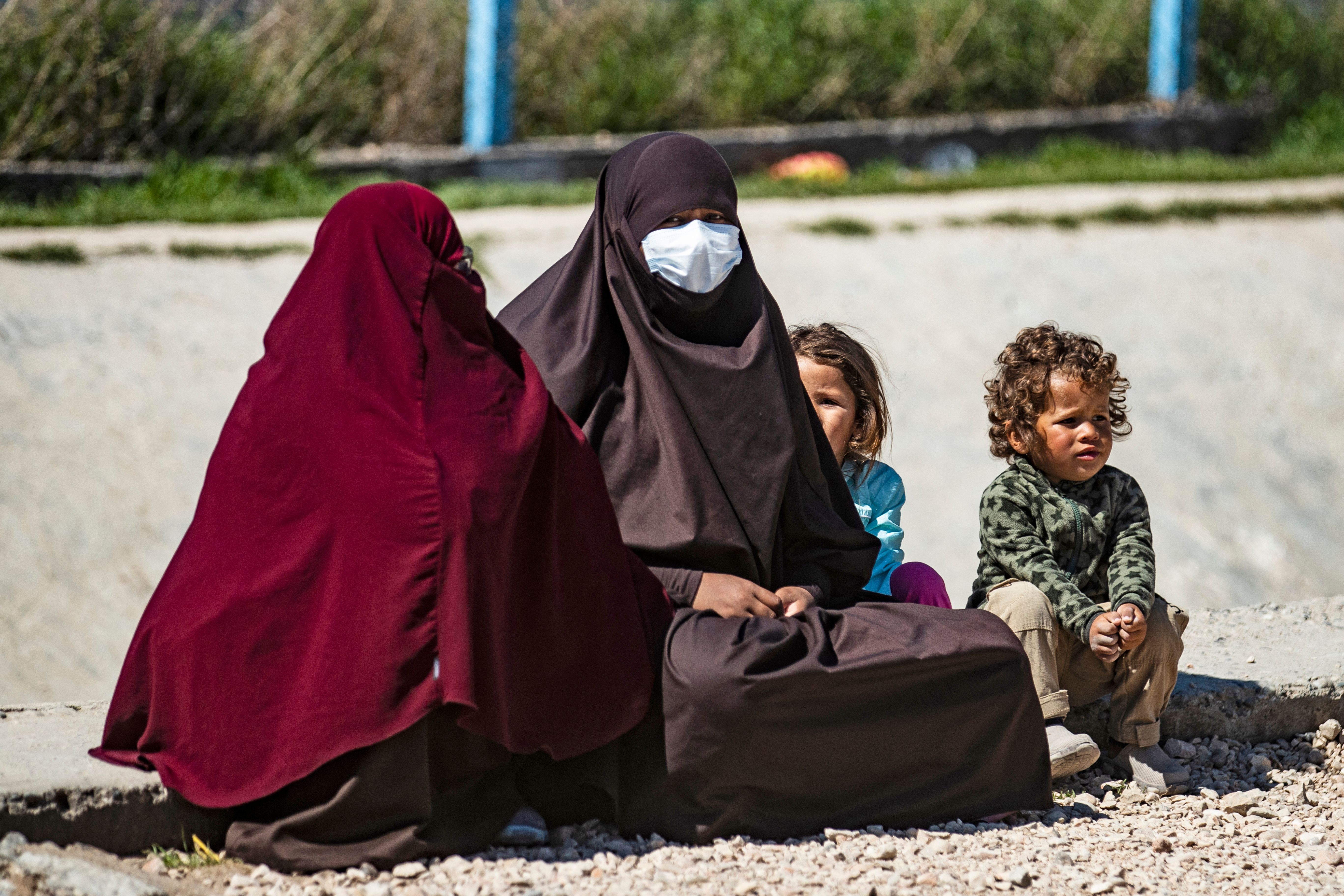 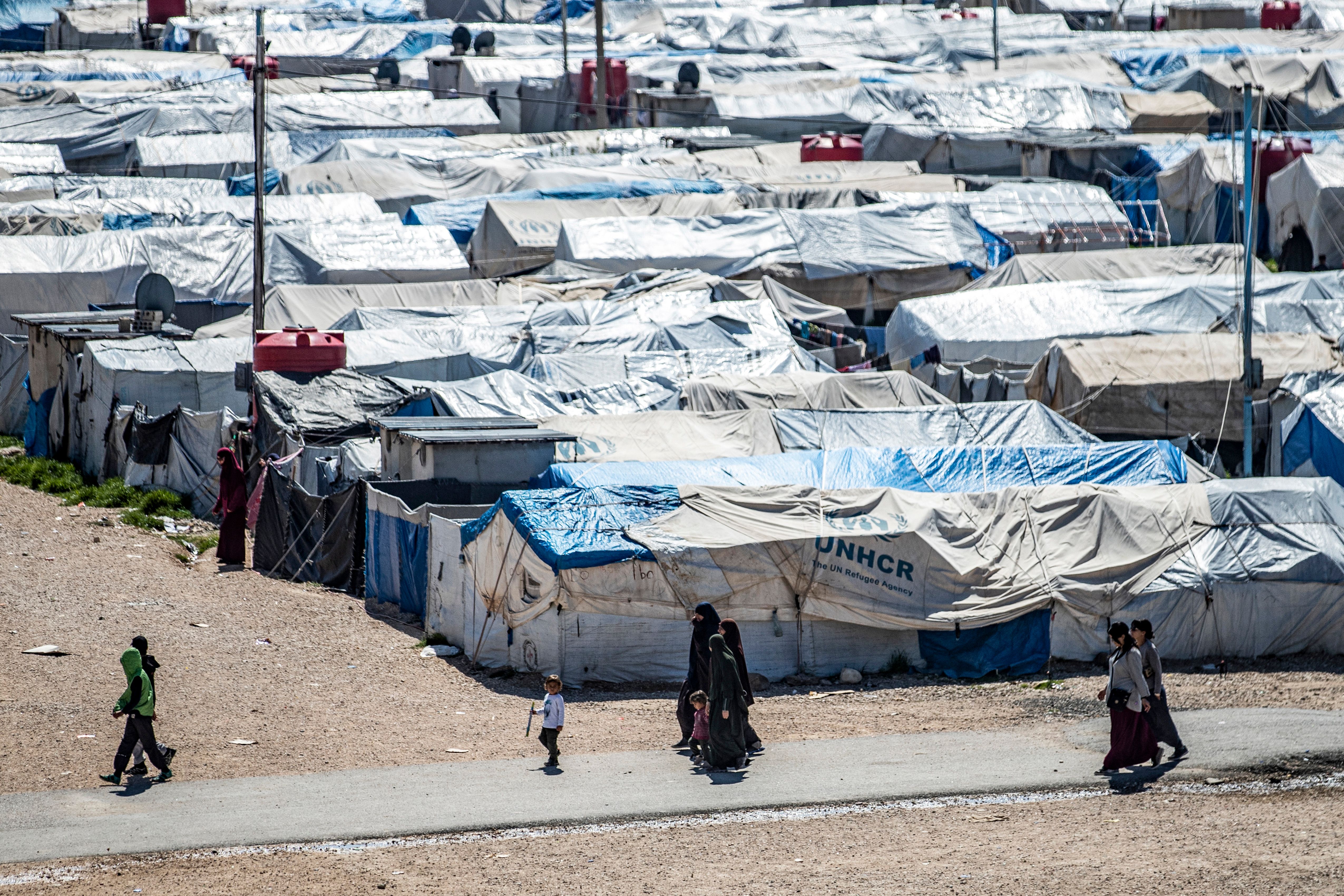 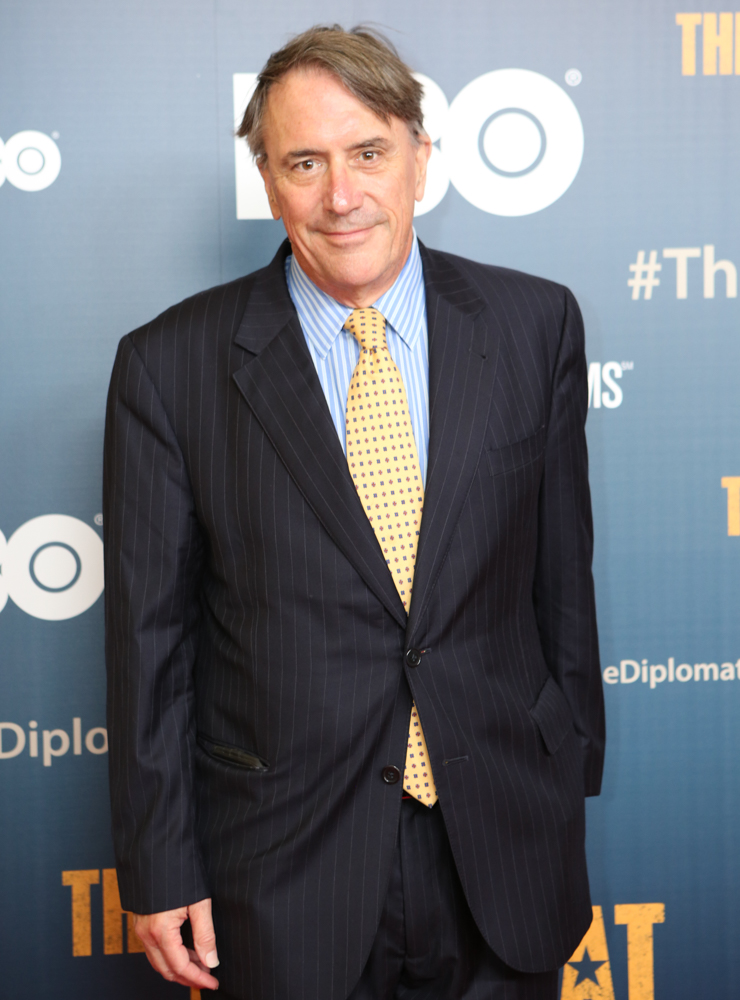