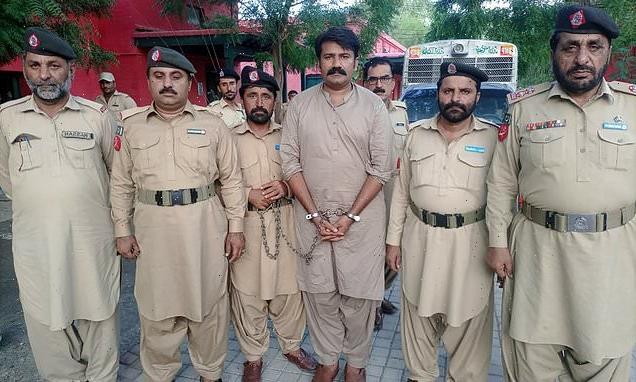 American vlogger, 21, is ‘gang-raped in Pakistan hotel’ by ‘guide and his accomplice’ who ‘took videos of her as blackmail’: Police arrest two men

An American vlogger was gang-raped in a hotel in Pakistan by her guide and an accomplice who took videos of her to use as blackmail, it has been claimed.

Pakistan’s police have arrested at least two people after the 21-year-old woman reported the assault, which she says happened when she was visiting a tourist resort in the eastern Punjab province, officials said Wednesday.

The detainees included the woman’s host, who took her to a hotel in Dera Ghazi Khan, a district in the Punjab province where she says she was sexually assaulted this week, according to an initial police investigation.

The woman arrived in Pakistan three weeks ago, according to police.

Police say they are still investigating to determine how the woman was lured and taken to a hotel by the two men accused of raping her.

The woman earlier stayed at the home of one of the alleged attackers for five days, with local reports suggesting he was her ‘guide’. 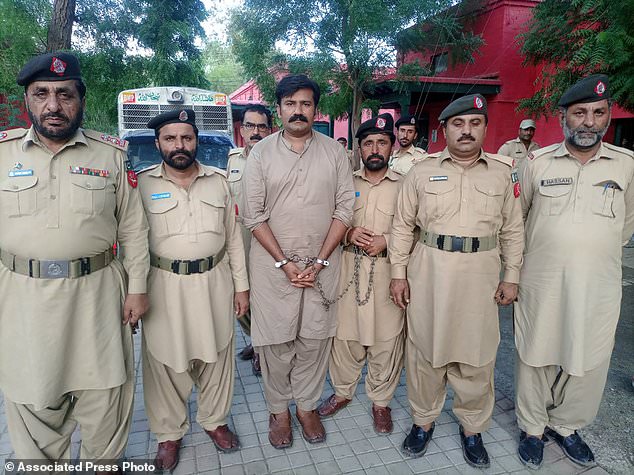 Police officers escort a man in handcuffs for a court appearance who was allegedly involved in the gang-rape of an American woman, in Dera Ghazi Khan, in the eastern Punjab province, Tuesday, July 19, 2022. Pakistan’s police arrested at least two people after a 21-year-old American woman reported she was gang-raped at a hotel when she was visiting a tourist resort in the eastern Punjab province, officials said Wednesday

Pakistani news outlets reported that the woman was a vlogger visiting the country, and that police are carrying out raids to find other suspects.

The U.S. Embassy in Islamabad told The Associated Press that its consulate in Pakistan’s city of Lahore was ready to provide consular services to the victim.

‘The protection of U.S. citizens overseas is the highest priority of the U.S. Department of State and our embassies and consulates abroad,’ it said.

It said ‘out of respect for the privacy of the alleged victim, we cannot comment on the specifics of the allegation.’

The Free Press Journal reported that it had seen the First Information Report (FIR) – a written document by police when a case is first reported.

In it, the Free Press Journal says the woman told police she was gang-raped by two men who filmed the assault and used it to blackmail her.

‘We stayed in a hotel at Fort Monroe where both suspects gang raped me and also made a video of the act to blackmail me,’ she alleged in the FIR.

She then said one of the suspects threatened her after she went to the police.

Although sexual abuse against Pakistani women is common, such crimes against foreigners are rare.

Many Pakistani women don’t report such incidents to avoid stigma in a society where rapists often escape justice because of flaws in the legal system and poor investigations by police.