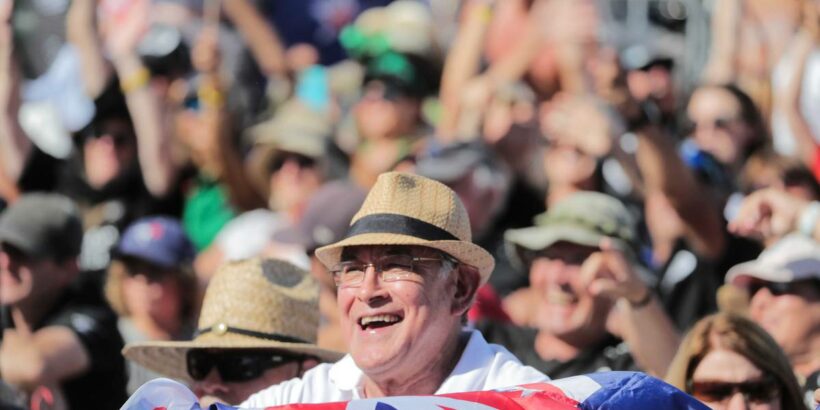 Auckland’s struggling bars and restaurants hit the jackpot during the America’s Cup sailing with spending surging to near pre-Covid levels.

At the peak, there were 25,500 people in the vicinity, with crowds swelling so much
access to the main stage Te Wero Island was cut off.

Heart of the City chief executive Viv Beck said it was spectacular to see so many Aucklanders and people from outside the city at the waterfront yesterday.

“It’s wonderful to hear the buzz and see so many businesses full. It’s brilliant after the year we have had.”

Early figures for the week to Sunday March 14 show spending was about 95% of what it was this time last year.

“That’s the best week we’ve had since last March. It definitely has been a boost. It’s been a pretty tough time for a lot of businesses and I’m sure they’ll be delighting [in] having a full bars, restaurants and a great atmosphere.”

The America’s Cup has reminded people how great Auckland’s waterfront is, Beck said.

More than 450,000 visitors have visited the America’s Cup Race Village during race days since December 2020, of that more than 195,000 people total visited across the five days of the 36th America’s Cup Match.

“We’ve got priceless international coverage out of this which really bodes well for the future. We’re optimistic for the future, we’ve obviously had a very difficult time. But this has been a great shot in the arm for businesses.”

“For those who have been able to benefit with the America’s Cup, that’s a great reminder of really what’s possible. It shows us that people do love coming out when there is something great to do.

“We’ve got to really try as hard as we can to keep things as buoyant as we can because we are coming into the shoulder season and winter.

“You don’t get an international event like this every day. It will be a morale boost as much as anything.”

The thousands that packed into Auckland’s waterfront yesterday erupted with glee when Team New Zealand nabbed their seventh point to secure the Auld Mug.

Across the day there were 40,000 people in the vicinity and 1600 spectator boats on the water cheering as the Challenger and the Defender went head to head.