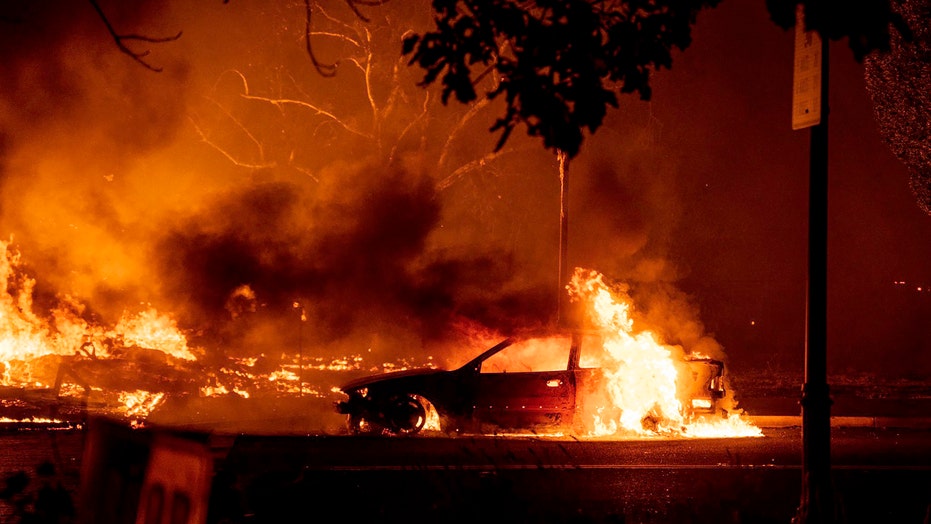 SEATTLE — Raging wildfires in the Pacific Northwest have fueled a barrage of false information this week as unsubstantiated social media posts blamed coordinated groups of arsonists from both the far left and far right for setting the blazes.

Officials turned to Facebook on Wednesday and Thursday to squash competing narratives — some posts blamed far-left antifa activists and others said the far-right group the Proud Boys were responsible for fires that have scorched wide swaths of Oregon and Washington state.

“Remember when we said to follow official sources only,” the Douglas County Sheriff’s Office in Oregon posted. “Remember when we said rumors make this already difficult incident even harder? Rumors spread just like wildfire and now our 9-1-1 dispatchers and professional staff are being overrun with requests for information and inquiries on an UNTRUE rumor that 6 Antifa members have been arrested for setting fires in DOUGLAS COUNTY, OREGON.” 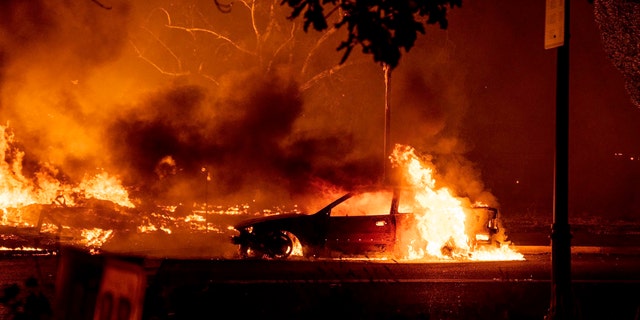 This photo taken by Talent, Ore., resident Kevin Jantzer shows the destruction of his hometown as wildfires ravaged the central Oregon town near Medford late Sept. 8. (Kevin Jantzer via AP)

As fires heavily damaged the small Oregon towns of Phoenix and Talent, the Medford Police Department posted on Facebook that officers had not arrested anyone affiliated with the Proud Boys or antifa, which is short for anti-fascists, a range of far-left militant groups that oppose white supremacists.

Medford police also debunked a fake graphic spreading online that used the department’s logo and a photo from an unrelated 2018 arrest to falsely claim five Proud Boys had been arrested for arson.

It’s not yet clear how the fires began, but officials said high winds and dry conditions made them worse in a region whose cool, wet climate has historically protected it from intense fire activity. Oregon Gov. Kate Brown said the state could see the greatest loss of life and property from wildfires in its history. 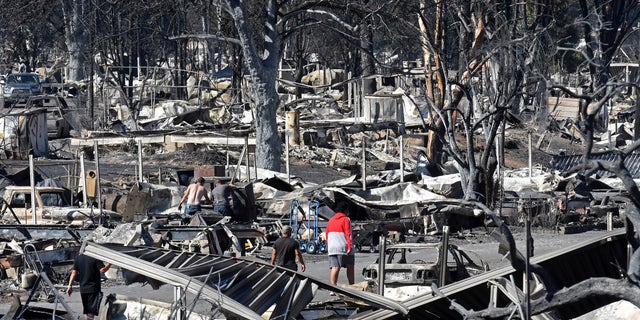 Men walk through the fire-ravaged Coleman Creek Estates mobile home park in Phoenix, Ore., on Sept. 9. The Almeda Fire that burned through the towns of Phoenix and Talent in southern Oregon destroyed approximately 600 homes, according to the Federal Emergency Management Agency. (Scott Stoddard/Grants Pass Daily Courier via AP)

Far-left and far-right groups have been clashing during protests in the Northwest, particularly in Portland, Ore., where a caravan of President Donald Trump's supporters drove pickup trucks through the liberal city last month. An antifa supporter shot and killed a member of a right-wing group and was fatally shot by Washington state authorities a week later.

A social media post shared widely on Thursday featured a picture of a woman along with claims that she tried to start a fire near a high school in Springfield, Oregon. Springfield police told The Associated Press that they spoke to the woman Wednesday and that wasn't true.

Another post claimed a landowner called police after arsonists threw Molotov cocktails on his land in Clackamas County and they got into a shootout. The Clackamas County Sheriff’s Office told the AP that no such reports existed.

Thousands of Twitter and Facebook users shared posts trying to link the fires to antifa activists, including from Paul Romero, a former Republican candidate for U.S. Senate in Oregon. 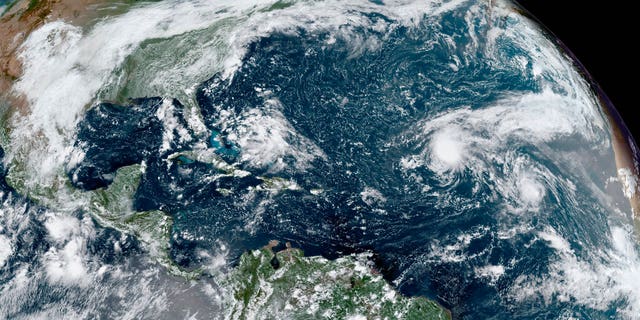 This GOES-16 GeoColor satellite image taken Sept. 10, and provided by NOAA, shows tropical storms forming in the Atlantic. La Nina, which often means a busier Atlantic hurricane season, a drier Southwest and perhaps a more fire-prone California, has popped up in the Pacific Ocean, the National Oceanic and Atmospheric Administration announced Sept. 10. (NOAA via AP)

Reached by phone, Romero blamed the surge in fires statewide on a coordinated “army of arsonists” but offered no evidence to support that claim.

However, Ashland Deputy Police Chief Art LeCours confirmed to the AP that the case has “no connection whatsoever to antifa.”

The Jackson County Sheriff’s Office has launched an investigation into the fires, but no arrests have been made and there is no evidence at this point of a coordinated effort, spokesman Mike Moran said.

“These investigations take time,” he said. “They’re intense. They’re fast moving. And so people ought to consider: ‘Does this even make sense?’ They should question anything they see in a social media setting.”