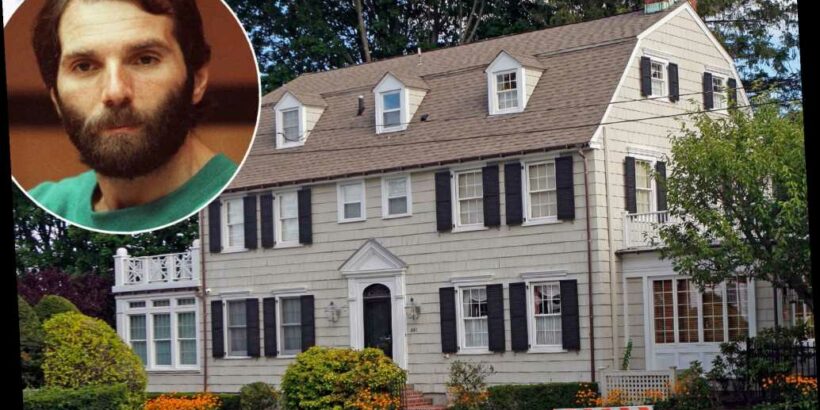 “Amityville Horror” killer Ronald DeFeo — who slaughtered six family members in 1974 on Long Island after allegedly hearing voices in his head — has died behind bars, according to officials.

DeFeo was transferred to Albany Medical Center and pronounced dead at 6:35 p.m.

An autopsy by the Albany County Medical Examiner’s Office will rule an official cause of death.

DeFeo, whose nickname was Butch, was convicted of killing his mother, father, two sisters and two brothers inside their home in Amityville home on Ocean Avenue on Nov. 13, 1974.

Both parents were shot twice, while the siblings were each shot once.

At trial, his lawyer mounted an insanity defense, claiming DeFeo heard voices saying his family was plotting against him.

He was convicted in 1975 and sentenced to six sentences of 25 years-to-life.

He had a parole hearing scheduled for July. In a jailhouse interview in 2006, DeFeo claimed he only killed his father, his mother and his eldest sister, Dawn.

The other siblings were murdered by Dawn, before DeFeo killed her, he claimed.

In 2016, the notorious five bedroom, 3 ½ bathroom colonial home where the bloodbath took place hit the market for $850,000 — and went into contract months later.