Class War are organising an event for next month’s event in Birmingham after shouting “your daddy is a horrible person” at the Tory MP’s children yesterday. 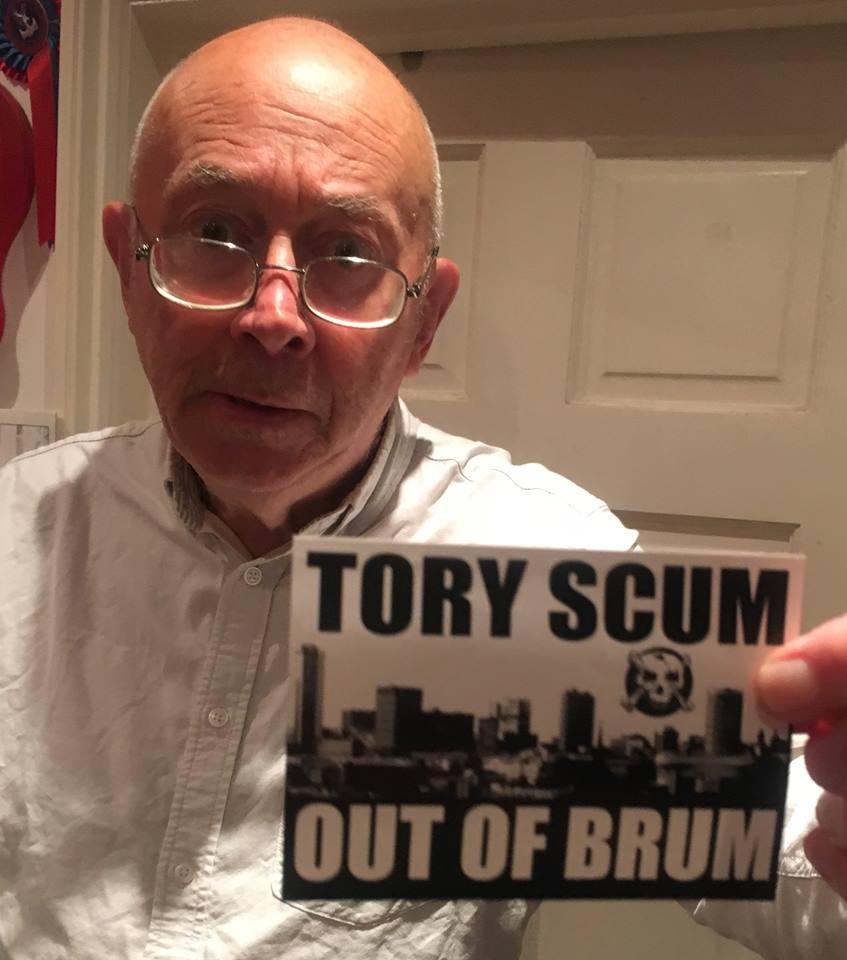 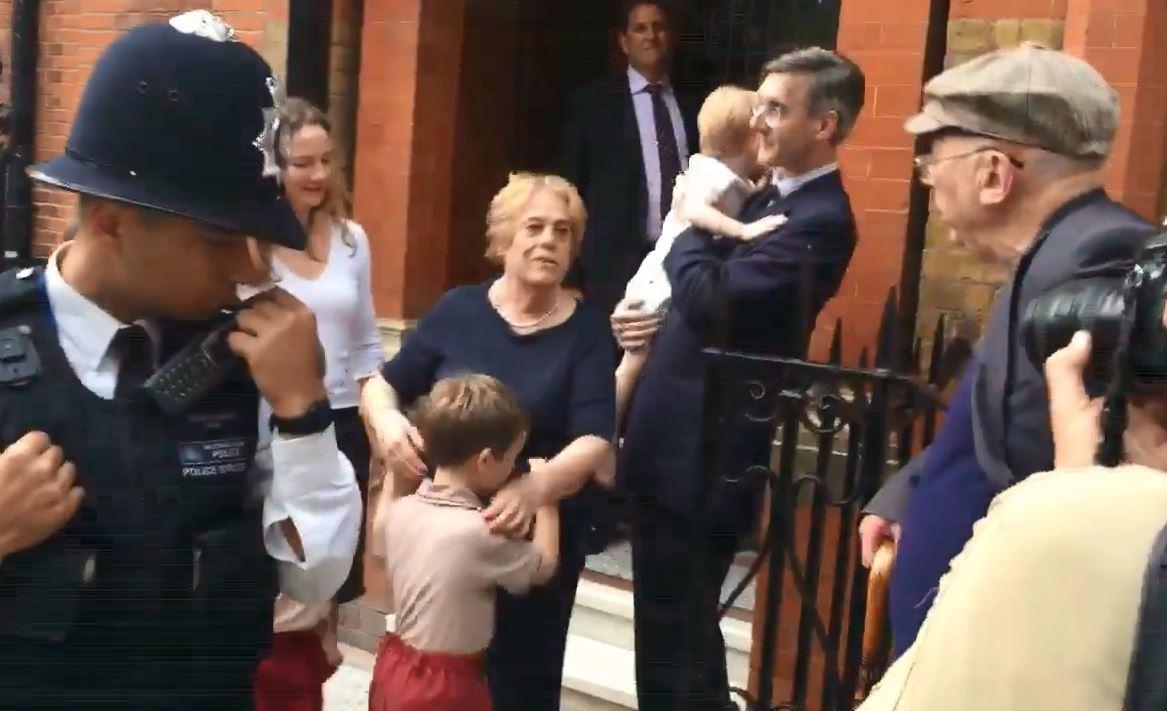 The lead demonstrator Ian Bone, who is friends with the Labour leader’s brother Piers, and once went to a hard-left wedding with Jeremy, defended his actions today.

Speaking to LBC he was asked if he would heckle the kids of politicians again he said: “Yeah I would be happy to shout questions at children.”

But despite being happy to bring Mr Rees-Mogg’s offspring into the argument, he refused to speak about his own five children, and repeatedly refused to answer if he would have been happy for them to be treated in the same way. 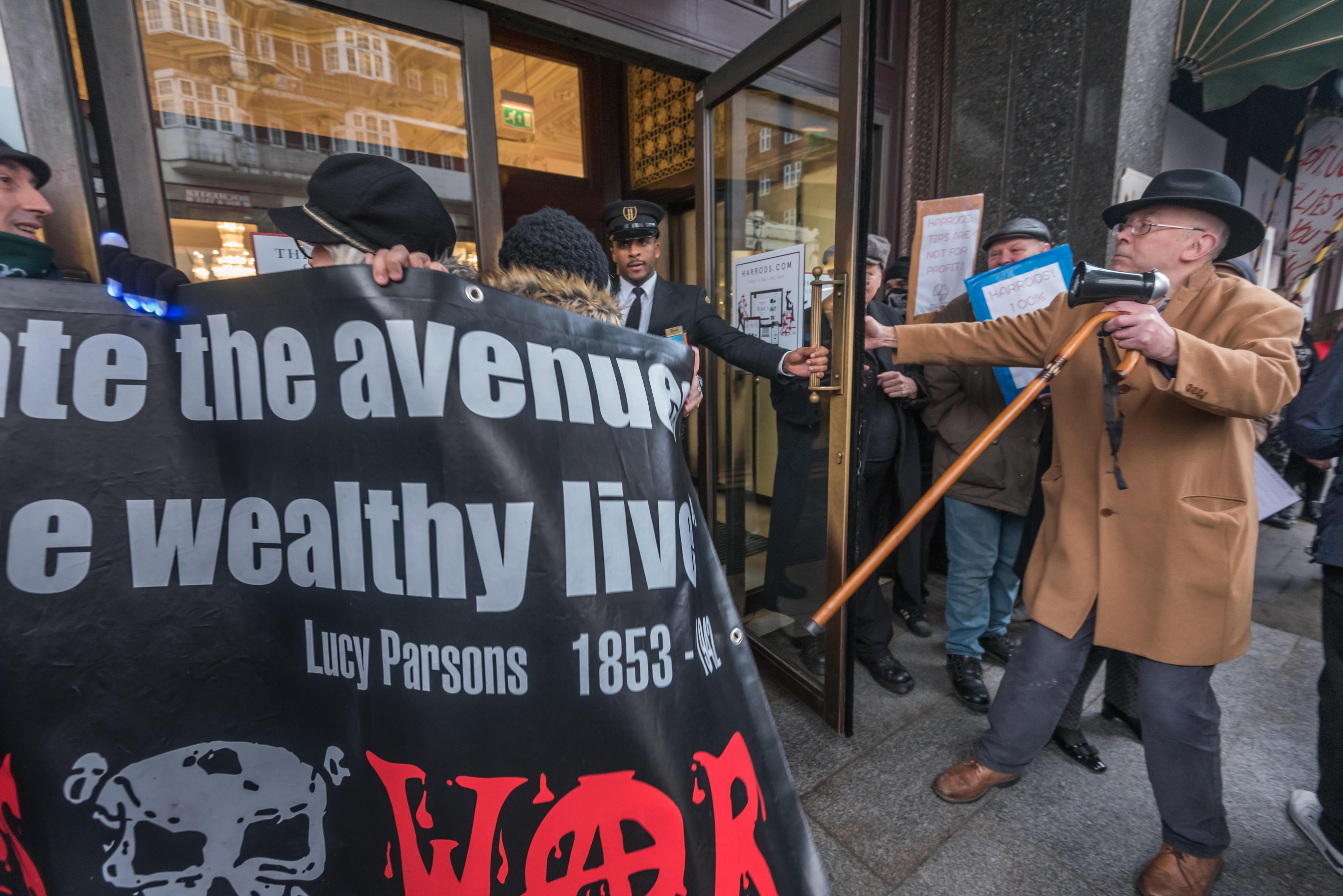 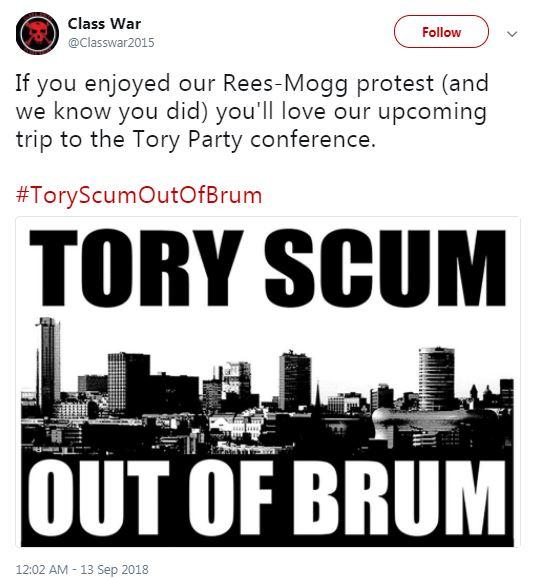 During a testy interview, which twice had to be censored due to Mr Bone’s swearing, the veteran anarchist said his group will be turning up at other MPs’ homes.

He said: “Yeah we are planning to do it again, not with Rees-Mogg but we’re planning a rolling programme of protests outside Cabinet ministers’ houses.”

And Class War have revealed they plan to try and drive the Conservative out of Birmingham, with a banner reading “Tory scum out of Brum.”

Attached to it was a message saying “3,000 CLASS WARRIORS SET FOR TORY CONFERENCE", as well as another featuring the Peaky Blinders gang from the BBC show set in the Midlands city. 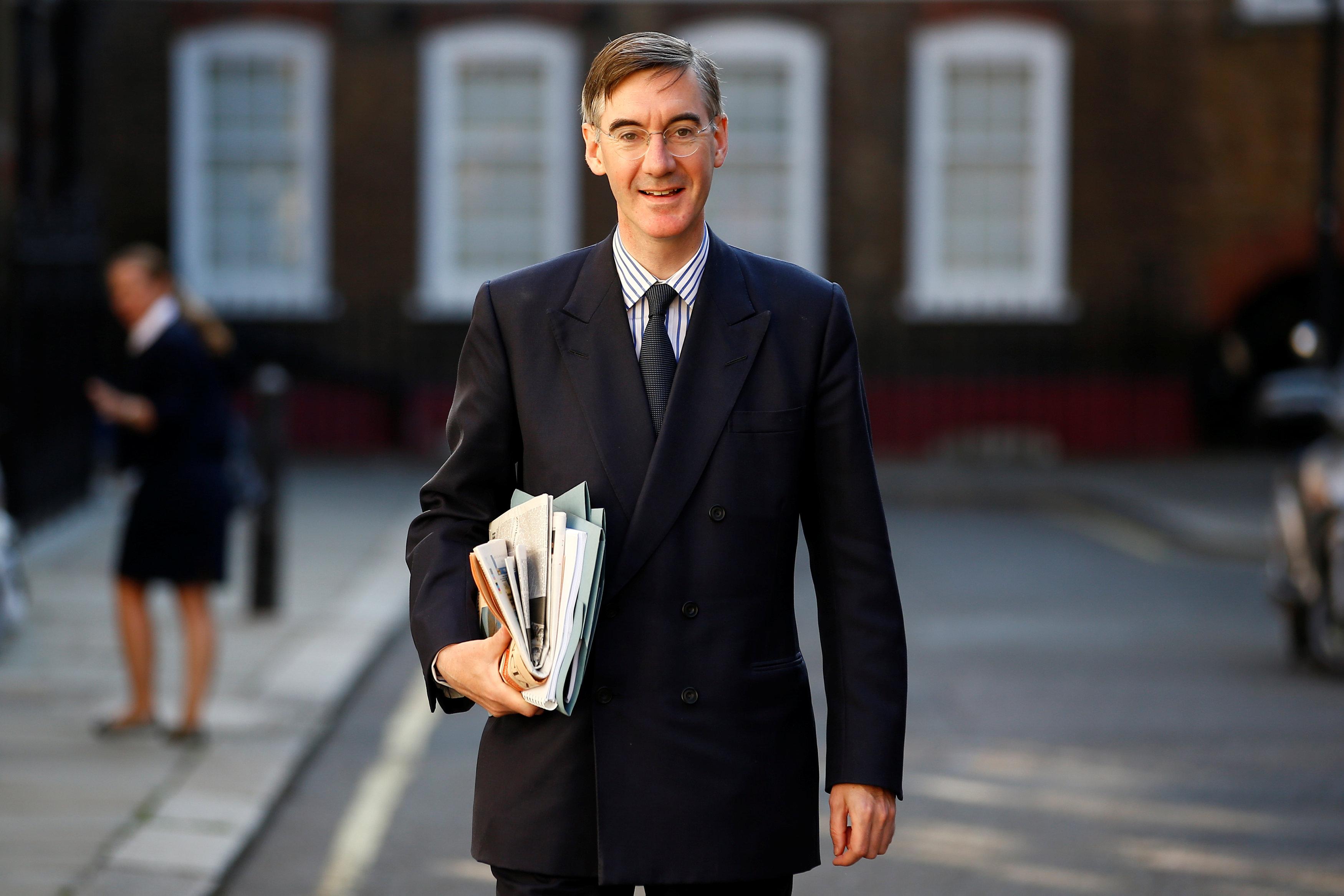 Mr Bone was also seen on their Facebook page promoting the event, holding up a sticker with the slogan on it.

The veteran activist was blasted from all sides of the political spectrum after his stunt outside Mr Rees-Mogg’s home in Westminster on Tuesday.

In front of a banner reading “we must devastate the avenues where the wealthy live”, he heckled his kids about their nanny.

He shouted: "Daddy doesn't pay her very much! Daddy says the minimum wage doesn't count for anything!”

He added: "Poor Nanny Crook who looks after you and wipes your bottom, she doesn't get enough money every week – daddy doesn't care!" 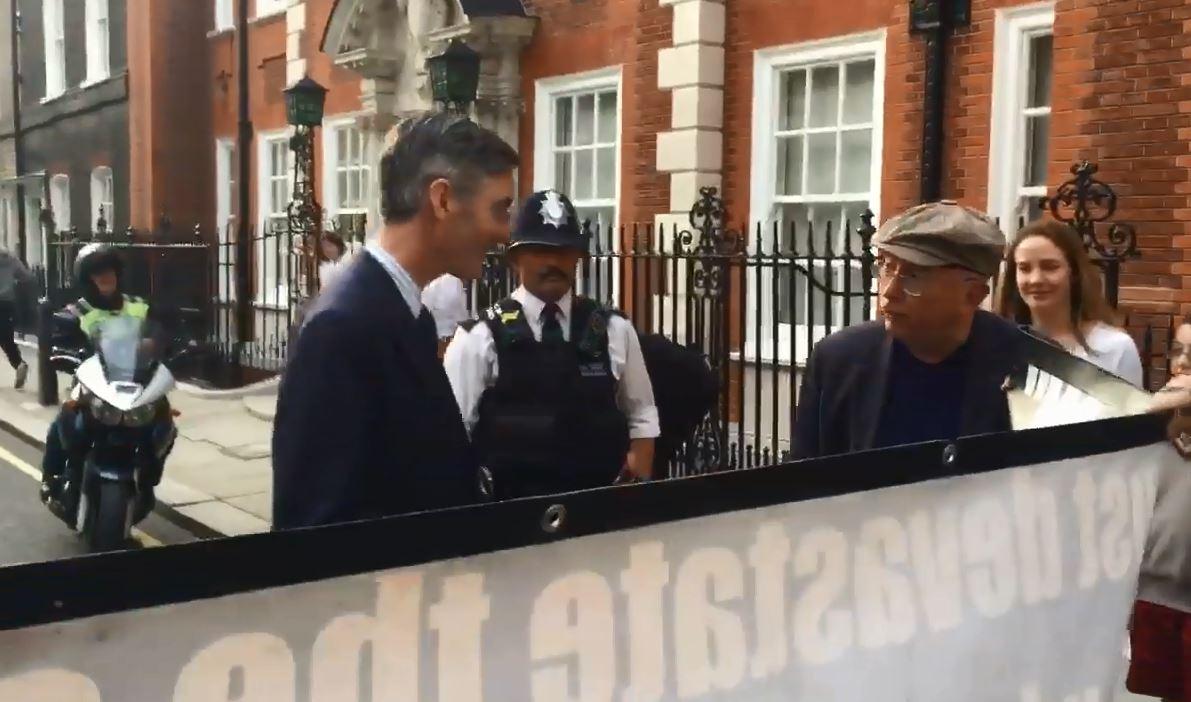 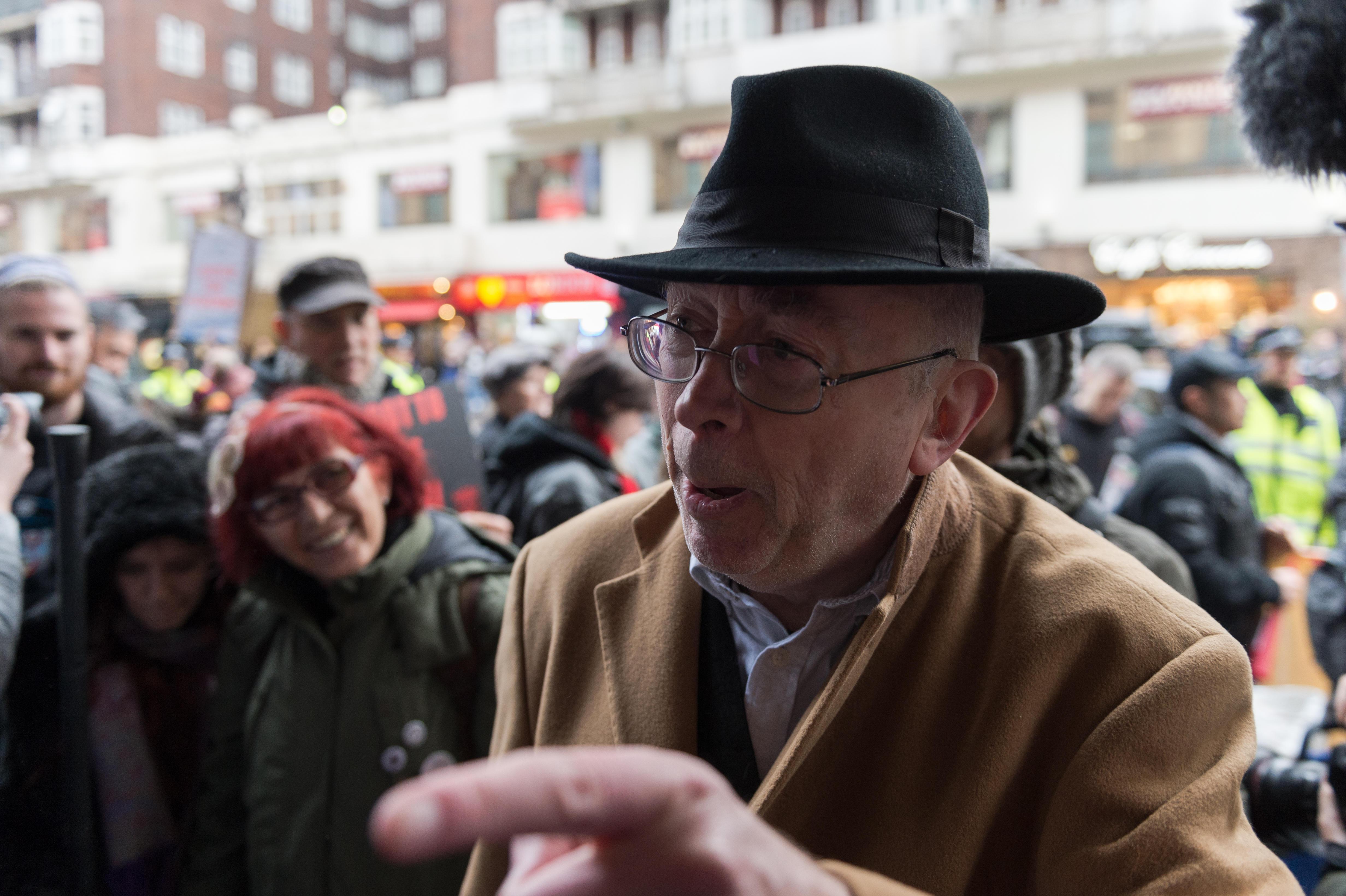 But Mr Rees-Mogg dismissed the stunt, telling The Sun: “It was a small protest by anarchists which not surprisingly was disorganised, unpunctual and short lived.”

Mr Bone, the son of a butler, has been pictured with Mr Corbyn's brother Piers and once boasted that a senior figure in the Labour leader's office – Andrew Fisher – is a supporter of their group.

And he and Jeremy once attended the wedding of two left-wing activists in 2012, which stipulated “NO FIGHTING” on the invite, and had a “huge hammer and sickle” in the hall. 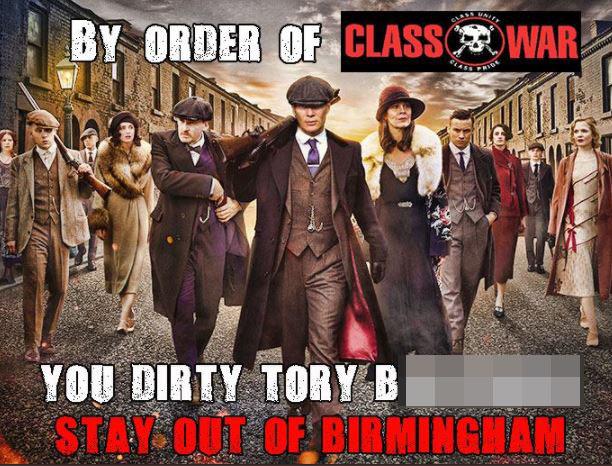 In a report of the event by Mr Bone it featured a speech quoting “extensively from Engels on ‘the family’ denouncing marriage as a bourgeois convention”.

He became infamous for his Class War publication in the 1980s, which stoked controversy for printing pictures of injured policemen, as well as calling Prince William a “f***ing parasite”.

Once branded “the most dangerous man in Britain”, he now lives in a £330,000 home belonging to his partner and fellow anarchist Jane Nicholl, 66.