Chancellor Merkel has suffered a number of electoral blows in recent years, including a vote in a Bavaria state election. Merkel’s ally party in the region slumped to their worst election results in almost 70 years in the 2018 ballot, and her junior coalition partners, the center-left Social Democrats (SPD), saw support in Bavaria halved. The German Die Welt newspaper ran the headline “It’s gonna be turbulent.” The outlet’s coverage added: “The result in Bavaria is a vote against the grand coalition in Berlin.”

Another newspaper – Bild – warned that if Merkel lost another key vote, her position may be threatened.

It said: “If the CDU loses the government in Hesse, this will probably start a discussion within the CDU about Merkel’s position.”

Ms Merkel’s leadership has come under increasing scrutiny as a result of election results in recent years.

In the country’s 2013 Federal Elections, the AfD, having just been founded, won 810,000 votes winning no seats.

But in the next vote four years later, the party boosted their share to over five million votes, a rise bigger than Ukip’s between 2010-2015. 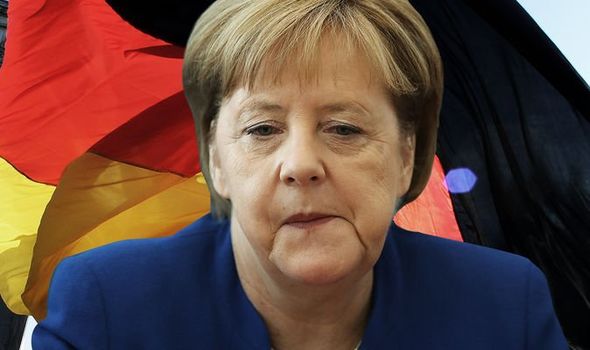 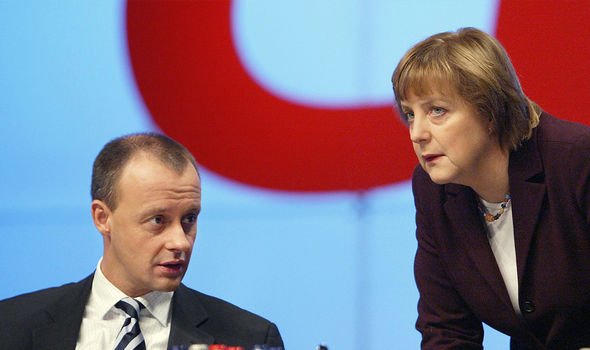 This time they finished third, behind the AfD in second as Die Linke (The Left) claimed a surprise victory.

On top of this, in last year’s European elections, Mrs Merkel’s party and its coalition partner won a combined 28.7 percent of the vote, down 7 points from the previous vote in 2014.

Despite winning in Germany, it was the CDU’s worst result ever.

The German Chancellor has already stepped down as leader of her party, and has also vowed to leave the chancellery in 2021. 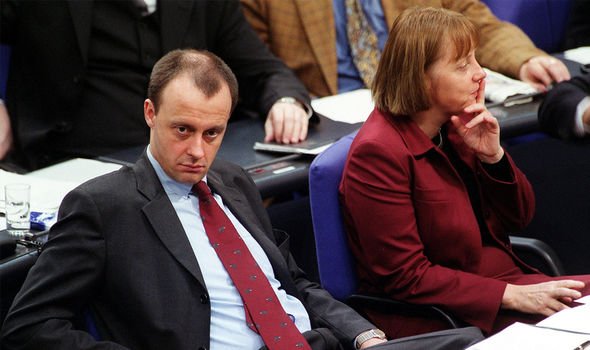 Among the candidates to replace her is Friedrich Merz – a longstanding rival of Merkel’s in the CDU who has been tipped as the candidate to move the party to the right.

Mr Merz has a long history with Ms Merkel after the current Chancellor beat him to the leadership of the party in 2002.

After leaving politics in 2009, Mr Merz is now back in the fold and hoping the series of setbacks for his historic rival could allow him to take her chair as Chancellor. 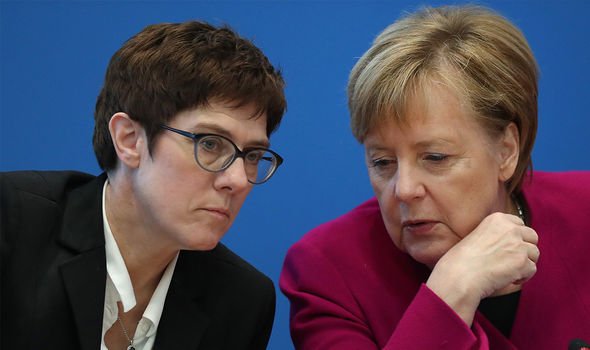 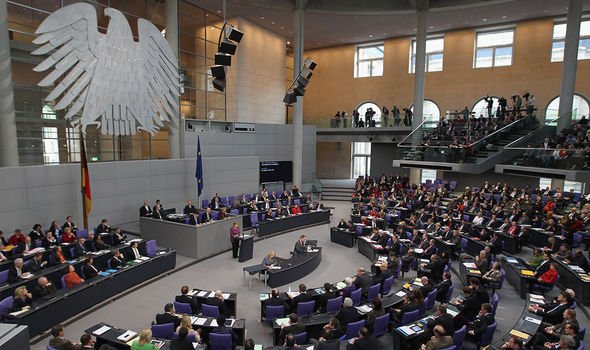 Mr Merz, if he is to succeed Ms Merkel, would undo a lot of her work and even threaten the current Chancellor’s legacy.

This is the view of Felix Schoenherr, spokesman for the Werte Union, a group critical of Ms Merkel’s leadership.

He told Express.co.uk earlier this year: “I really think so [he would change a lot]. It may be very hard at first because of the coalition with the left-wing parties, so this means the coalition probably won’t work anymore.

“Things will drastically change within the party because if Merz becomes leader, the top of the party will have different personnel.”