A group of tourists got more than they bargained for when an angry elephant charged at their boat when it drifted too close on a river in Botswana.

In the clip, filmed on the flooded Chobe river, the camera zooms in on the elephant as it grazes deep in the water.

As the elephant catches the boat out of the corner of its eye, it quickly turns and charges at the boat to cries of ‘oh my word’. 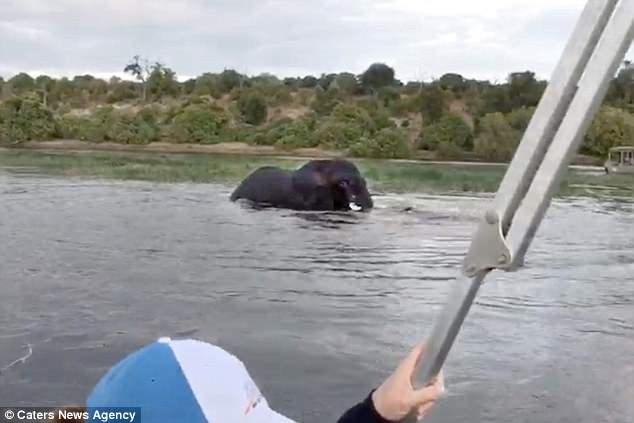 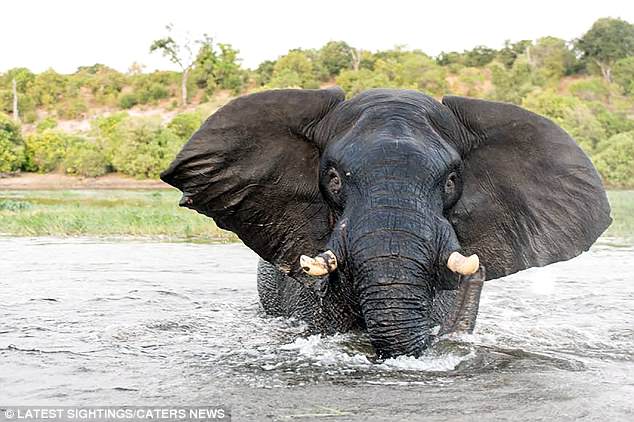 The creature then headbutts the boat several times as the tourists film and take pictures of the angry animal.

It continues to loudly hit the side of the boat with its tusks before the boat drives away.

The elephant then retreats and returns to grazing in the water.

South African Su-An Marais, who filmed the video, said: ‘Although this is by far the closest I’ve ever been to an elephant, it seemed to be grazing quite peacefully in the deep waters of the fully flooded Chobe river in Botswana.

‘So I decided to take a video so I could record the plucking, chewing and breathing sounds to prove later how close we really were… but clearly it was too close for comfort.

‘Luckily I was already recording, because the charge happened so fast that I wouldn’t have been able to get my camera out on time for the action.’ 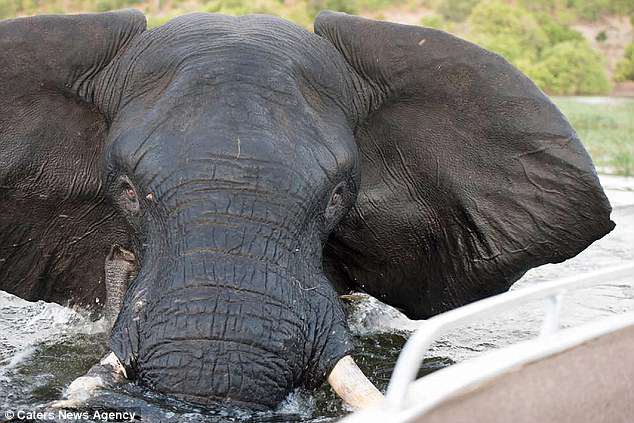 The elephant headbutted the boat several times, loudly striking the side with its tusks 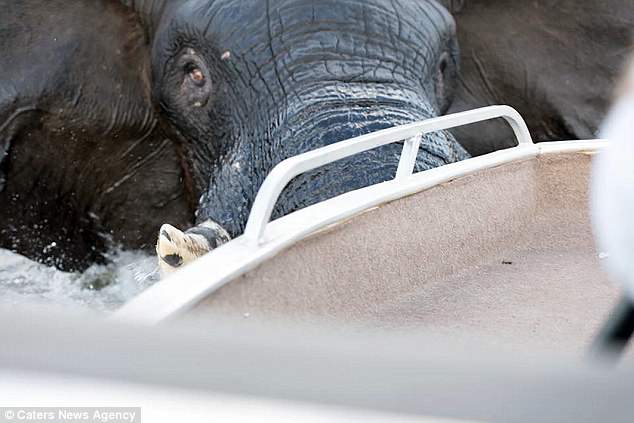