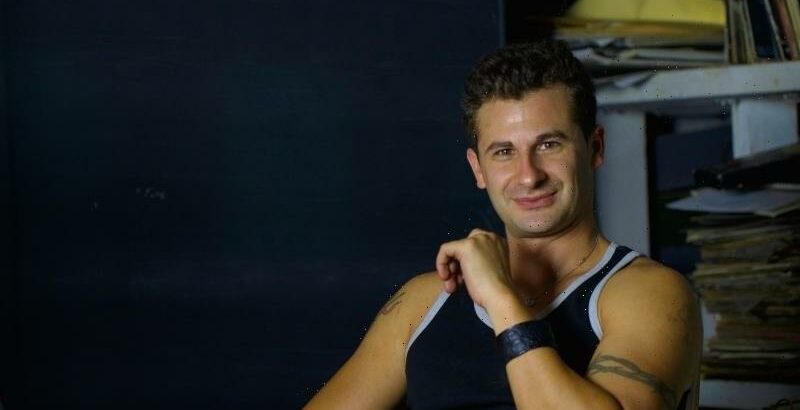 Anthony Koletti, the hairdresser husband of missing fraudster Melissa Caddick, is claiming a slice of his wife’s $30 million proceeds of crime, including her Gucci wedding dress, $7 million in shares, $2 million worth of jewellery, two properties he claims are valued at $20 million and the proceeds from the sale of their luxury cars. 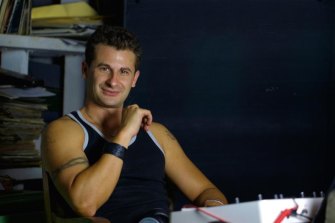 Anthony Koletti in a photo from his LinkedIn page.

Koletti is also seeking a court order for goods seized by the corporate regulator ASIC to be returned to him “for his exclusive use.”

In November 2020, Caddick, 49, disappeared within hours of authorities raiding her house in relation to the Ponzi scheme she had been running.

The court-appointed liquidator of her assets, Bruce Gleeson, has determined that since 2012 her extravagant lifestyle was funded entirely the $23 million she stole from friends and family who thought she was investing their money in shares. 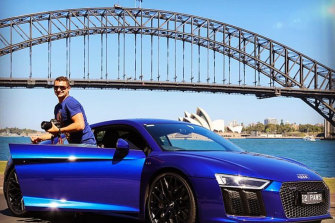 Melissa Caddick’s husband Anthony Koletti with the 2016 Audi R8 V10, which was recently sold by liquidators.Credit:Instagram

Mr Gleeson is seeking to sell Caddick’s assets as he seeks to return money to her investors.

In a court filing, which was released publicly by the Federal Court on Tuesday, Koletti, 39, has staked a claim on the eventual proceeds of his wife’s house in Dover Heights.

Koletti, who has been living in the house rent free since the raid, has told the court the five-bedroom, four-bathroom home is valued at between $15 million and $17 million. 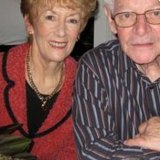 The court has previously heard that Caddick purchased the $6.2 million property in 2014 using funds stolen from her investors. The property still has a $4 million mortgage.

In a surprise move, Koletti has also staked a claim on the Edgecliff penthouse his wife purchased for $2.55 million in 2016.

This will pit him against his elderly parents-in-law Barb and Ted Grimley who have separately claimed that they are entitled to a 37.7 percent stake in this property.

In their recently-released statement filed in the Federal Court, the Grimleys stated that “Melissa dishonestly and fraudulently” took $1.187 million that they gave her to acquire part-ownership of the property.

Instead, the new podcast Liar Liar: Melissa Caddick and the Missing Millions revealed that the Grimleys’ money was squandered by their daughter on a $590,000 diamond ring, private jets in Aspen and other lifestyle expenses. 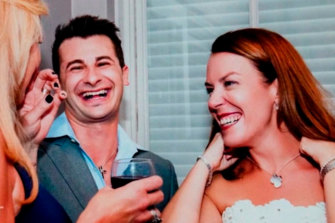 Anthony Koletti and Melissa Caddick chatting with guests on their wedding day.

In his statement, Koletti said that due to the extensive media coverage of his wife’s disappearance, “he has not been able to gain secure gainful employment in his usual trade other than causal hairdressing and some income from his music.”

Koletti contends that over a three-year period from 2017 he earned a total of $77,265 from hairdressing and that he paid $56,280 of that into his wife’s account. He also stated that since his wife’s disappearance he pays $500 per week towards the care of his stepson.

He has previously told the court he had only $1.95 to his name.

Reacting to news of the claim, one frustrated investor demanded to know: “What assets? Everything was purchased with investors’ funds.”

She also suggested lodging a counter-claim against Koletti for the past ten years of luxury that he enjoyed at their expense.

“We should sue him for using our stolen investor funds to provide him with a luxurious lifestyle beyond his means,” said another investor. “He is making a mockery of justice. What an insult to all the hard-working investors.”