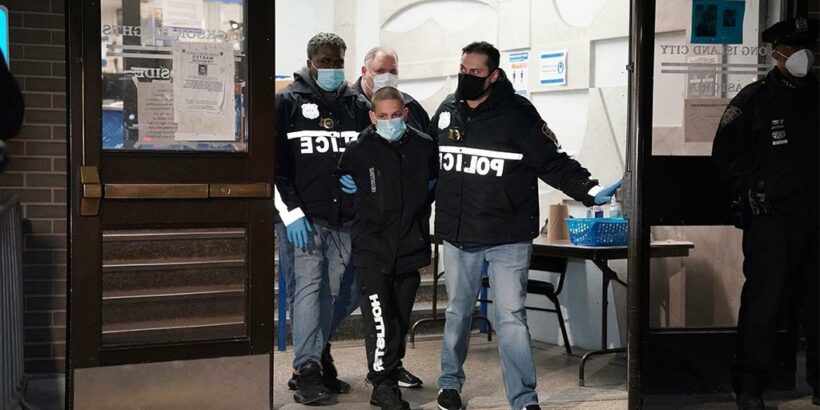 Another undercover Asian NYPD officer has been attacked — this time by a bad guy who who complained about “you people” and who warned, “I got nothing to lose.”

Ricardo Hernandez, 32, approached the undercover officer on the N train subway platform at 31st Street and 39th Avenue in Queens, shoving the cop at around 5:30 p.m. Saturday, police said.

“That’s why you people are getting beat up. I got nothing to lose,” Hernandez allegedly told the cop, whose name and gender are being withheld.

“I will f–k you up!” the deranged suspect yelled. “This is my house!”

Hernandez, who lives just a few blocks from the Long Island City subway station, was quickly arrested and charged with harassment, aggravated harassment, and menacing, all as hate crimes.

It’s at least the second time this month an Asian undercover officer was attacked.

On April 9, in Midtown, Juvian Rodriguez, 35, was arrested after he allegedly snarled, “Go back to China before you end up in a graveyard!”

“I’m gonna slap the holy piss out of you and stab you in the face,” Rodriguez allegedly continued, not knowing the target of his hate was an undercover cop.

Rodriguez, who was promptly arrested, was released less than 12 hours later.