Support for far-right Swedish party is at a record high of 20 per cent ahead of elections thanks to fears over 160,000 new refugees

Anti-immigrant party Sweden Democrats are polling at their highest-ever levels as they threaten to topple the Nordic country’s government.

The far-right party with roots in neo-Nazi groups is on track to win dozens of seats in parliamentary elections on September 9.

Surging refugee arrivals were blamed for the party’s support as the governing Social Democrats took 160,000 asylum seekers in 2015. 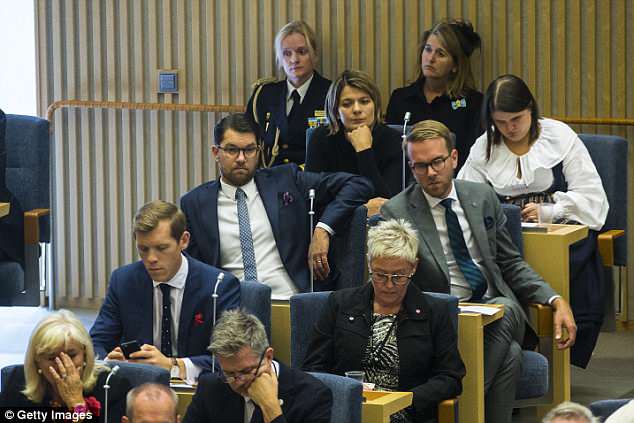 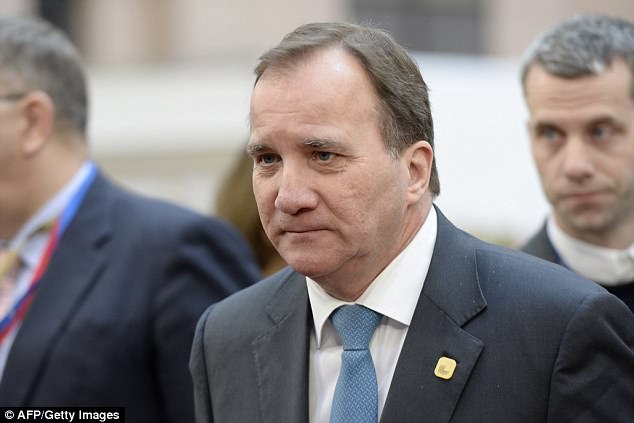 This heightened worries about a creaking welfare state and that crime is increasing, boosting the party which wants to close Sweden’s doors and crack down on gangs.

An ISPOS poll put the Sweden Democrats hot on the heels of the governing Social Democrats with 24 per cent, with the centre-right Moderates on 22 per cent.

The current government is a minority coalition of the Social Democrats and Greens. They are supported in parliament by the Left Party that polled 37 per cent. 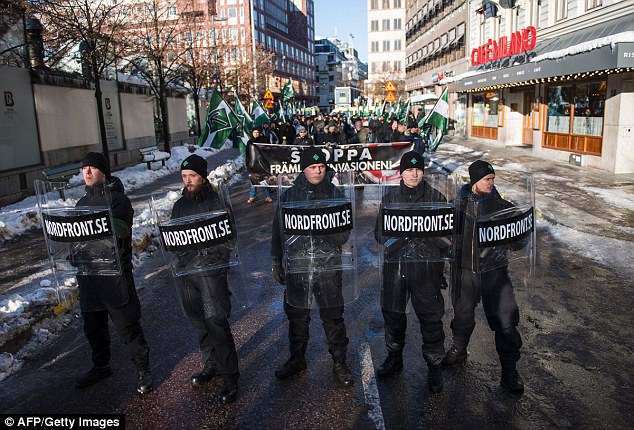 Surging refugee arrivals were blamed for the party’s support as the governing Social Democrats took 160,000 asylum seekers in 2015 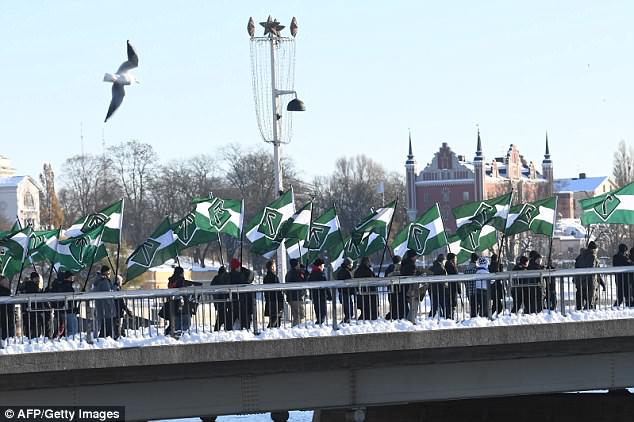 The Moderates, Centre, Christian Democrats, and Liberals cooperate and will fight the election as a group, getting 39 per cent in the poll.

At the last election in 2014 the centre-left Social Democrats got 31 percent by themselves, the Moderates 23.3 percent, and Sweden Democrats 13 per cent.

Neither bloc can form a majority government without the Sweden Democrats and both have ruled out a deal with the party.