WASHINGTON (Reuters) – The United States on Thursday pressured members of a global coalition fighting Islamic State to allow foreign fighters to be repatriated but despite consensus on the gravity of the problem, disagreements on whether and how to send people back persisted.

Foreign ministers from the global coalition against Islamic State convened in Washington to discuss the next step against the jihadi group after Turkey’s Oct. 9 incursion into northeast Turkey and the U.S. decision to reduce its presence there.

While Islamic State has lost nearly all its territory in Syria and U.S. forces killed its former leader last month, it is still seen as a global threat.

Dealing with some 10,000 Islamic State fighters detained in northeast Syria, as well as their families, is among the coalition’s top concerns.

“No one should expect the United States or anyone else to solve this problem for them,” Nathan Sales, U.S. coordinator for counterterrorism, told a briefing at the State Department.

Washington wants fighters sent back to their home nations and either prosecuted or rehabilitated there. Europe does not want to try its Islamic State nationals at home, citing the difficulty in collecting evidence as well as concerns about a public backlash and the risk of fresh attacks on European soil.

“Our view is that it is not a feasible option … to ask other countries in the region to import another country’s foreign fighters and pursue prosecution and incarceration there,” Sales said.

He also said the relatively stable situation regarding foreign fighters in Syria, who are held in prisons guarded by America’s SDF Syrian Kurdish allies, might not last.

“It’s Syria – we all know that things can change in the blink of an eye.”

Speaking to reporters after the meeting, French Foreign Minister Jean-Yves Le Drian repeated the French stance that fighters “should be brought to justice as close (as possible) to the crimes they committed” – code for not bringing them home.

Following on his campaign promise of withdrawing U.S. troops from foreign conflicts, President Donald Trump shocked U.S. allies last December by saying Washington was pulling out all its troops from Syria.

Since then, Trump has changed his mind several times and last month decided to keep a residual force in the northeastern part of the country, focusing on preventing Islamic State from staging a comeback and attacking the oilfields there. Washington is also keeping control of the air space.

On Wednesday, U.S. Defense Secretary Mark Esper said once the partial U.S. withdrawal was finished, the U.S. military would still have roughly around 600 troops in Syria, down from about 1,000 before Trump’s withdrawal order last month.

“The United States has decided to maintain military assets in northeastern Syria to continue the fight against Islamic State and to support our local partners. This is good news,” Le Drian said, saying France would also maintain its presence.

Still, the U.S. decision to reduce its footprint has left some of its Western and Arab allies, in addition to Kurdish forces in the region, feeling burned.

“The landscape of Syria has changed,” a foreign diplomat told reporters on condition of anonymity ahead of Thursday’s meeting. “The players who are shaping the future of Syria … (are) mainly Russia, Iran and Turkey.”

The Turkish incursion, which Trump opposed but facilitated by withdrawing a handful of U.S. troops in Ankara’s way, has upended the region. 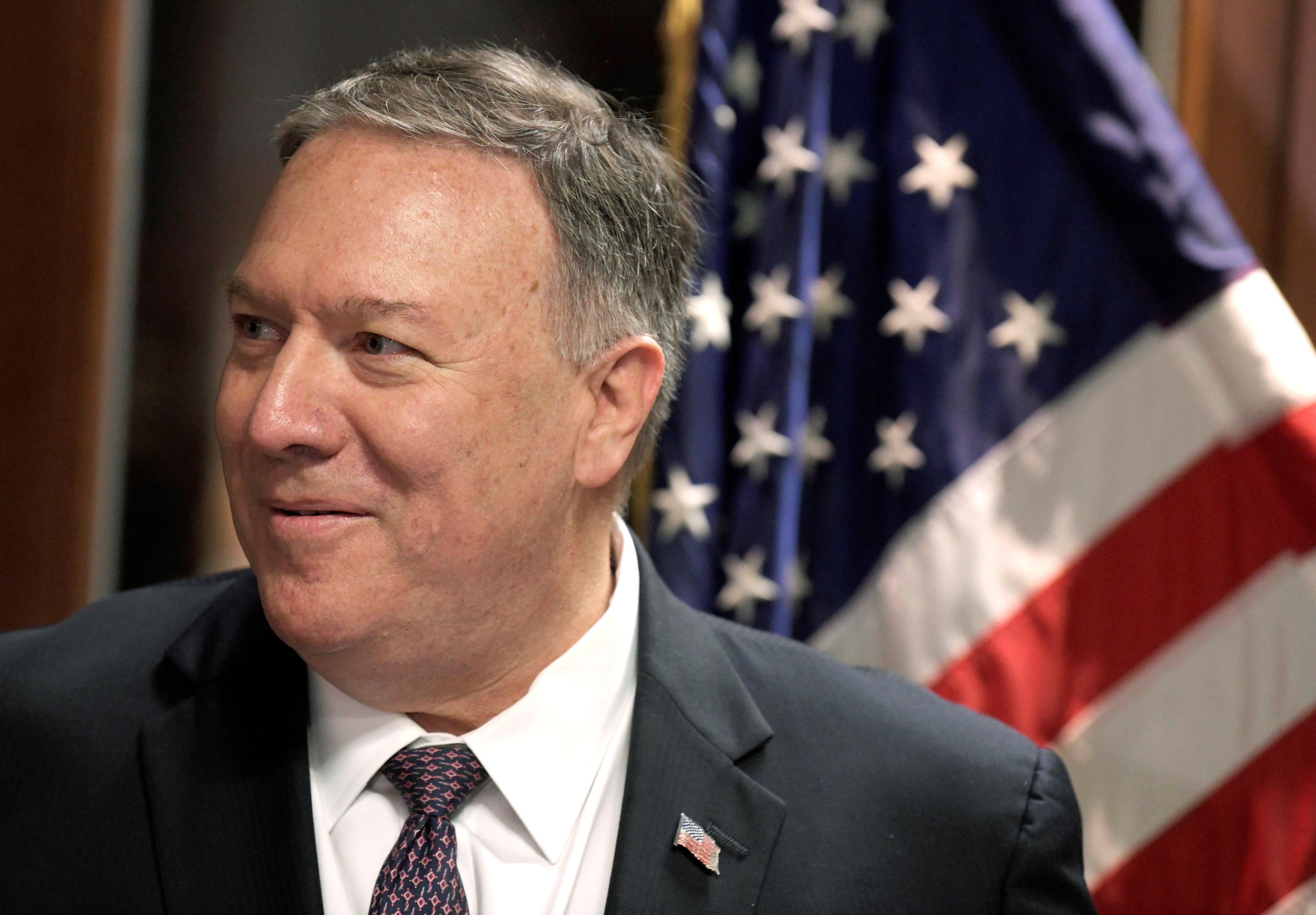 The U.S. withdrawal and Trump’s reluctance to spend U.S. blood and treasure to secure the Middle East underscored a wider trend of waning U.S. influence and the need for nations to draw to powers such as Russia and China, the diplomat said.

Earlier, U.S. Secretary of State Mike Pompeo had also urged members of the coalition fighting Islamic State to step up their funding to help restore infrastructure in Iraq and northeastern Syria, parts of which were severely damaged by conflict.