LA PAZ (Reuters) – Dozens of Venezuelans who fled to Bolivia over recent months to escape economic and political unrest at home say they fear being deported from one of the few countries in the region that still supports the government of Venezuelan leader Nicolas Maduro. 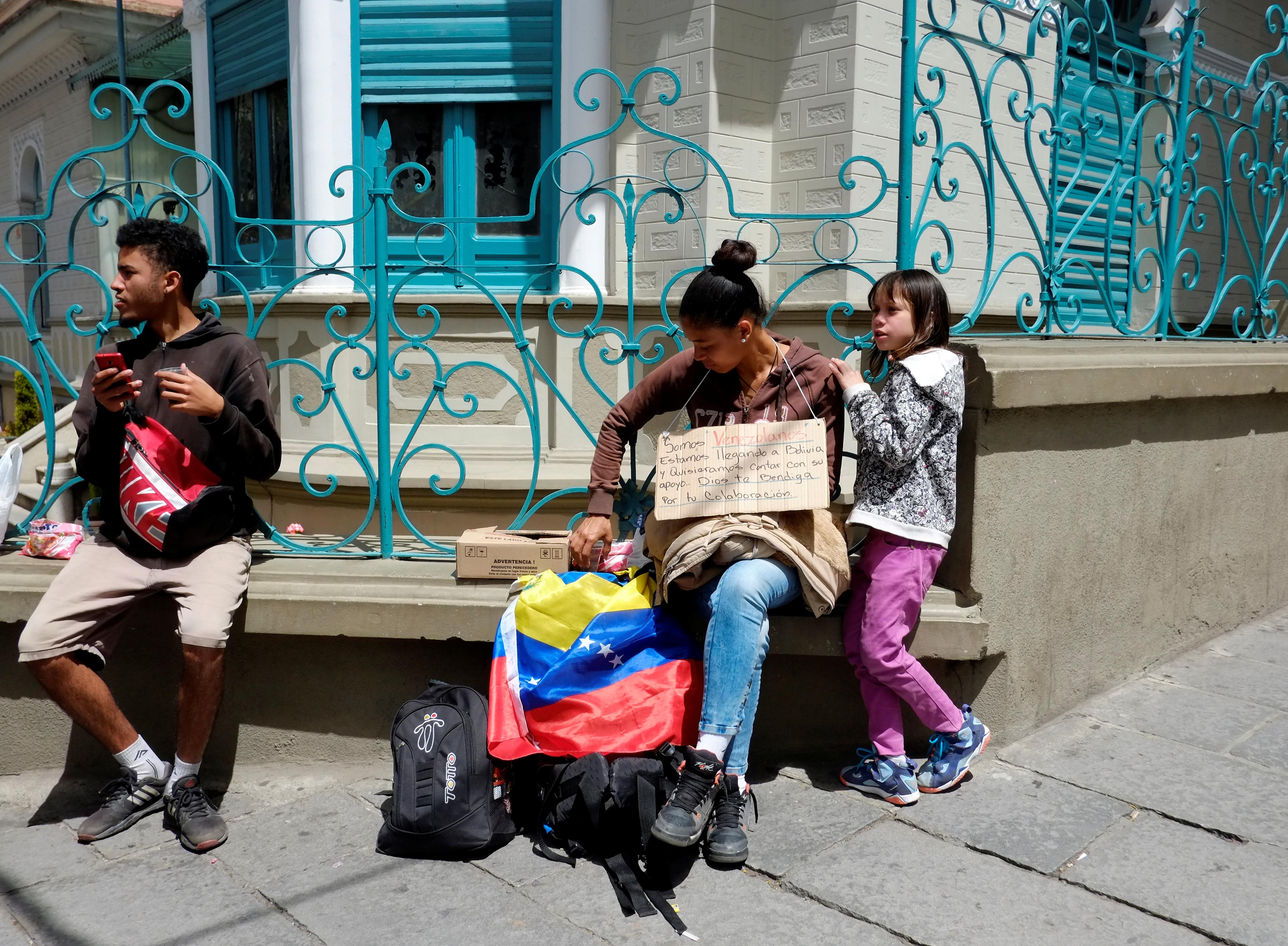 Police last month arrested over a dozen Venezuelans identified as having led anti-Maduro protests in front of the Cuban embassy in the Bolivian capital La Paz. Bolivia’s leftist President Evo Morales is an ally of both Havana and Maduro.

The protesters had demanded the end of what they called interference in Venezuelan affairs by Cuba, the Communist-party-led Caribbean nation that they blame for stoking Venezuela’s humanitarian crisis.

The protests brought them to the attention of local police, who arrested 14 protest leaders, protesters and human rights groups said. Six of them have been deported and eight were released, according to the Bolivian government. Five fled to Peru for fear of reprisals.

“I’m a little afraid of being expelled, because they already expelled Venezuelans,” Nelson, a 43-year-old civil engineer, told Reuters. He asked that his last name not be used to avoid what he said were likely reprisals.

The Bolivian government issued a statement to explain the detention of Venezuelan migrants.

“It was determined that these citizens have no legal occupation or economic activity for their stay in the country,” the statement said. “They confessed to being involved in conspiracy and participating in political activities that affect public order, in exchange for money,” it added.

Last year, at least 3.4 million Venezuelans left their country as it faced high inflation, recession and acute food and medicine shortages, according to data from the Organization of American States. Most of the immigrants have sought refuge in Colombia, Peru, Chile, Ecuador, Argentina and Brazil.

Venezuelans on Monday prepared to hold protests over continued shortages of power and water as the Maduro government appeared ready to start a rationing program.

“In Venezuela I am a civil engineer. I worked for many years as a bus and food truck driver. But now there is no work, food, security, medicine,” Nelson said. “The point came for us to either die of hunger, literally, in Venezuela or leave the country with my wife and daughter.”