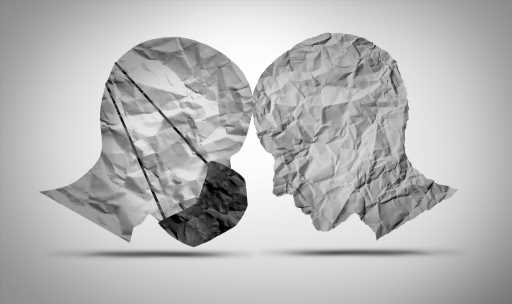 I was on sick leave when, on Jan. 25, Children’s Museum of Denver at Marsico Campus closed temporarily after anti-mask anger was directed toward its staff. Reading about it made me feel helpless.

Having been to, and written about, that museum many times over the years, I could scarcely imagine any staffer deserving of such fury. And yet, it’s only the latest example of the sort of defensive indignation that most of us used to reserve for bad drivers and opposing sports teams. How could this have happened?

Maybe that’s not the right question. How about: Where is this going?

Nowhere good. Dozens of alarmist, moralizing commentaries about the degradation of civility in U.S. culture have been written in recent months — and they’ve largely been justified. It’s true that the majority of us aren’t the ones behaving badly, but it’s getting easier to believe that respectful public interaction in this country will not recover within any of our lifetimes.

Given our ongoing, collective trauma, it’s clearly not just about masks. Over the last year, we’ve witnessed too many mundane interactions that have suddenly veered into verbal and physical abuse, from James Iannazzo’s racist tirade toward employees of a Fairfield, N.Y., smoothie shop to fistfights at grocery stores.

But disagreements over masks helped set the precedent for this unapologetically immature behavior. I remember waiting to take a shuttle bus to the gondola in Breckenridge this summer when an unmasked man made a point of loudly, profanely telling the driver he wasn’t going to wear one inside the packed vehicle — and right in front of his young, scared-looking daughter. He continued angrily muttering curses for minutes afterward, seemingly daring anyone to confront him.

It broke my heart, regardless of why he was engaging in such a selfish, ignorant act. Like a drunken LoDo bro, he was already geared for the fight. Fortunately, the bus driver knew that, and instead of getting into it with this specimen he dutifully drove us to our destination.

Not everyone is so lucky. Denver Gazette (and former Denver Post) writer John Moore reported that in December, an elderly volunteer usher for the Arvada Center was pushed to the ground when she told a theater patron he would have to keep his mask on during the show (per Jefferson County Public Health orders at the time).

“Another got called a Nazi for doing the same,” he wrote. “At that point, for the health and safety of the Arvada Center’s largely older core of ushers, box office manager Amber Gale told them to stop reminding people about their own health and safety.”

How deeply sad that is. Presumably for some people at that theater, leaving the house was a huge deal. (I know; I have an immuno-compromised son.) For others, it might mean using years-old tickets to postponed concerts and Broadway musicals, or finally taking those visits to galleries and festivals. We all deserve to enjoy our hard-earned purchases.

These venues are also crystal clear about their COVID and mask rules. Timed, ticketed entry and on-site signage only reinforce the messages. What’s to debate? Their workers, most of them underpaid or volunteers, didn’t make this stuff up. They’re simply trying to survive, as are artists and crews.

We’ve all got a right to protest, but when it’s happening during a good-faith arts and culture event, it seems less like civil disobedience and more like pouting. This recent erosion of social norms at areas where they’ve always seemed the most solid — “safe zones,” as some may deride them — should alarm more than just cultural elites.

As we know, the anxiety and belligerence of the last few years have prominently been directed at service industry workers and health care professionals. As we’ve also learned, anti-vaccine conspiracies, right-wing mis- and disinformation about COVID-19, and federal inaction have contributed to the nearly 1 million U.S. citizens who have died from it in the past two years. These things are deeply connected.

I don’t know — and truly, neither does anyone else — whether this is a permanent cultural decline, a brief dip, or just a skewed perspective. I do know that we generally used to agree that our enjoyment of something did not extend to ruining someone else’s enjoyment in the very same room. We were there to have fun and open up and get away, whether it was a visit to Denver Botanic Gardens, the Sie FilmCenter, the Denver Art Museum or seeing “Hamilton” at the Buell Theatre.

Art and culture have always been political, so it’s not like we’re newly injecting controversial ideas into these fields for anti-mask people to pick over. Rather, it’s about treating people you disagree with as disposable, soulless minions of an evil agenda, as those obsessed with mask mandates tend to. Warming weather and declining infection rates — this year or last — have had seemingly no effect, even as masks come off for months at a time.

Ultimately, we’re talking about a small part of the population. But it seems to be growing, and it’s constantly setting a new low bar for behavior while boxing-in artistic expression in favor of self-righteousness. Maybe the question should be: Where do we go when we can’t get escapism?