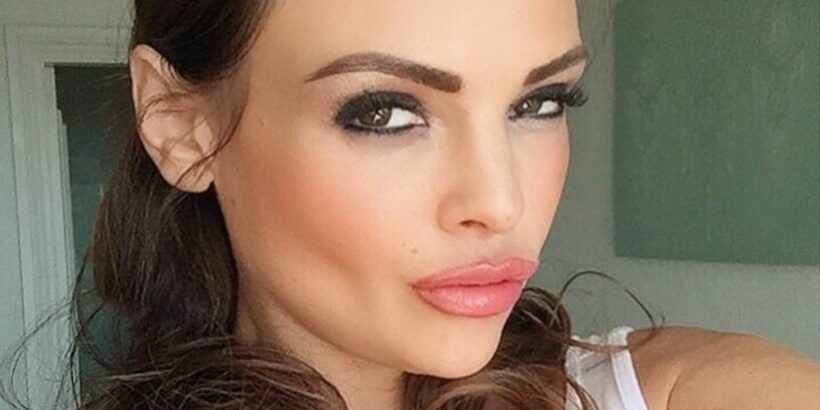 A former page 3 girl who proudly stood as an anti-vaxxer was tragically nearly killed twice after catching Covid.

Holly McGuire, 43, was given a tiny 15% chance of survival after contracting the virus and being put into an induced coma.

She needed a tube placed inside her windpipe to aid her breathing as she spent six weeks in hospital fighting tirelessly for her life, The Mirror reports.

The former page 3 girl is now urging everyone to get the jab and says that her days as an anti-vaxxer were a mistake.

Holly said: "It could save your life. Never take life for granted. This can happen to anyone – including you.

"I was an anti-vaxxer, I was ­unvaccinated. Now I can honestly tell people Covid is real.

"Please, everyone, ignore the nonsense some people are spouting, get the jab.

"Luckily for me, I have lived to tell my story. But I nearly died twice."

The glamour model's husband, Steve, was reportedly told to 'prepare for the worse'.

Holly, who is arguably best known for appearing in the TV series Footballers Wives in 2006, told how she had to battle double pneumonia as well as a collapsed lung in hospital.

Steve tragically called Holly's mum and told her that she might not make it.

Two weeks in a coma meant that she missed her daughter's seventh birthday.

A few months ago, the glamour model said she believed Covid would never affect her.

Holly, from Essex, but now residing in Marbella, Spain, said: "I have a healthy diet, don’t party, hardly drink and don’t smoke. I thought, 'This disease won’t affect me'.

"A lot of my friends were anti-vaxxers, campaigning against the jab, and I was listening to them, too."

Holly claims that she didn't feel reassured by the UK Government and wasn't filled with confidence in the jab after seeing news reports from back home.

"I thought there were so many reasons not to have it," she said.

Holly says that she thoroughly regrets coming up with so many excuses not to have the vaccine.

She described her time with Covid as 'dreadful' and said the experience was like being hit with a truck.

"Just get vaccinated as soon as possible," she said.

Holly tested positive for Covid on July 10 and stayed home for 10 days, but began to have breathing difficulties during her isolation period.

The glamour model said she developed pneumonia in both of her lungs and doctors found it hard to bring her out of her induced coma, fearing she could lose her life.

Holly lost two and a half stone during the coma and needed intense physio to help her use her legs again.

"I was in hospital for six weeks in total and I am so grateful to still be here," she said.

The glamour model has reportedly been left feeling exhausted all the time since her horrific ordeal.

She added: "I was an anti-vaxxer but now I know I was wrong. I never thought I’d get Covid, but it can hit anyone."