Antidepressants can cause severe side effects lasting months, health bosses admit for the first time

Antidepressants can cause severe side effects lasting for months, health guidelines have acknowledged for the first time.

The NHS watchdog NICE has re-written advice on how doctors should treat adult depression, making it clear that coming off the pills can cause long-lasting symptoms.

In a move campaigners hope will significantly reduce the over-use of antidepressants, the official body said all patients should be warned of the risks when they start on the medication. 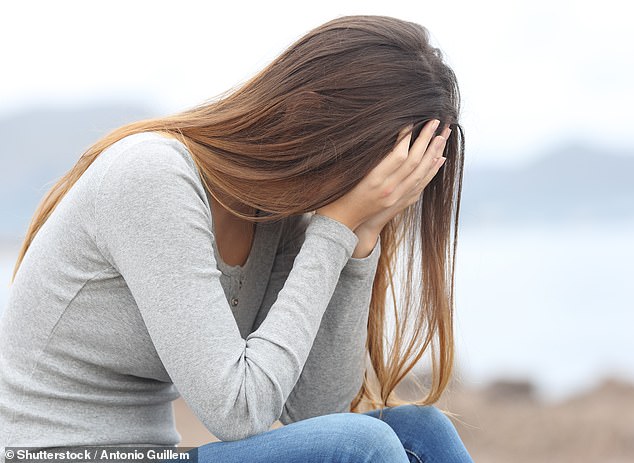 Antidepressants can cause severe side effects lasting for months, health guidelines have acknowledged for the first time (stock image)

The change follows a two-year Daily Mail campaign raising awareness of the side effects of withdrawing from the drugs.

For years health officials have played down the difficulty.

The previous guidance, which had been largely unchanged for a decade, stated side effects were ‘usually mild and self-limiting’ and would last no more than a week.

The new document states for the first time that, for some, the ‘severe’ side effects of coming off antidepressants can last ‘months or more’.

It warns of ‘discontinuation’ symptoms such as confusion, anxiety, sweating, sleep problems and ‘altered feelings’.

Britons use more antidepressants than almost every other country in the Western world – which experts believe is partly due to lack of awareness of withdrawal problems.

The Royal College of Psychiatrists paved the way for the change earlier this year when they published a ‘position statement’ accepting that some patients get protracted side effects coming off the drugs.

That move – itself a reaction to the strident work of campaigners – was hugely influential, representing a major shift in the view of the psychiatric establishment.

But the new guidance will reach many more doctors, including the GPs who prescribe most antidepressants.

Psychotherapist Dr James Davies of the University of Roehampton, co-founder of the Council for Evidence-based Psychiatry, said last night that the change was ‘hugely significant’, adding: ‘This is the first time any national clinical guideline has acknowledged severe and protracted antidepressant withdrawal to this extent.’

‘Now severe and protracted withdrawal has been officially recognised, we must never again misdiagnose withdrawal as relapse or deny the patient is in severe pain.

‘We must also now press ahead with withdrawal services and a helpline for those who have become dependent on these and other prescribed drugs.’

According to the NHS, 16 per cent of adults – seven million people in England – take antidepressants each year.

Twelve months ago the Mail revealed research by Dr Davies which suggested 56 per cent of people suffer withdrawal effects if they try to come off antidepressants.

That study, published in the Journal of Addictive Behaviours, suggested, of the seven million people taking antidepressants in England, four million are at risk of withdrawal symptoms if they attempt to come off the pills.

Some 1.8million are at risk of severe symptoms and for 1.7million – 25 per cent of patients taking the drugs – the withdrawal effects last at least three months.

Antidepressants, which include common brands such as Prozac, Cipramil and Seroxat, are proven to be an effective way of treating moderate to severe depression.

But experts are increasingly concerned about their over-use, with prescriptions in the UK having doubled in the last decade.

A league table of antidepressant use published in 2017 put the UK fourth out of the 29 countries in the Organisation for Economic Co-operation and Development, up from seventh in the year 2000.

Research published by health charity Mind earlier this month suggested the vast majority of patients are left in the dark about the side effects of antidepressants and other psychiatric treatments.

Four in every five patients with mental health problems had not been told the potential side effects of their medications, according to polling of 12,000 people.

Mind said a key problem is that GPs receive no mandatory practice-based training in mental health, despite more than 40 per cent of all appointments involving the issue.

Of all GPs who finished their training in 2017, less than half completed an optional psychiatry placement.

Dr Paul Chrisp, director of the centre for guidelines at NICE, said last night: ‘We have amended the guideline to recognise the emerging evidence on the severity and duration of antidepressant withdrawal symptoms.

The updated recommendations are in line with the statement from the Royal College of Psychiatrists and were agreed by our independent committee.’