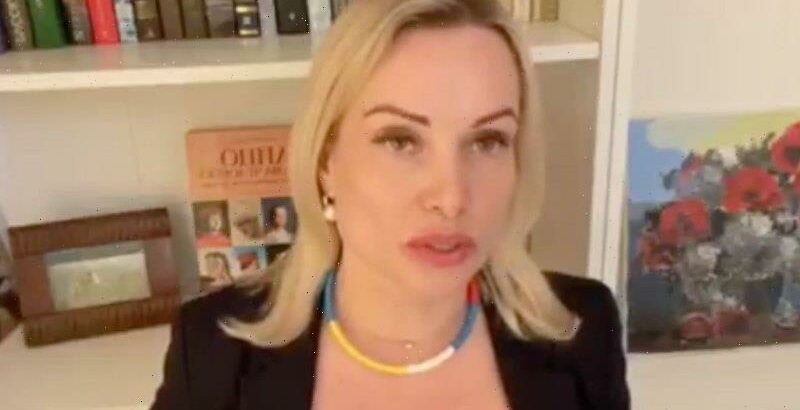 A day after she burst onto a live news broadcast on Russian state television holding a sign denouncing the war in Ukraine, lawyers with human rights groups say they are unable to locate producer Marina Ovsyannikova, more than 12 hours after she was detained.

The Russian Investigative Committee, the country’s main government investigative body, has begun “a pre-investigation check” against Ovsyannikova over allegations of breaking into the studio, Russia’s state-run Tass news agency reported on Tuesday – which could be a first step toward eventual charges. 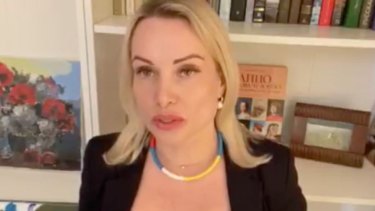 Marina Ovsyannikova who protested against Russia’s war against Ukraine cannot be found, her lawyers say.

Citing an unidentified source, Tass reported that she could also face charges of “discrediting” the actions of Russia’s armed forces.

During a news briefing on Tuesday, Kremlin spokesman Dmitry Peskov dismissed Ovsyannikova’s actions as “hooliganism” and said the television channel, not the Kremlin, was “dealing with this”.

Ovsyannikova appeared on the set of Russian state TV’s flagship Channel One evening news program on Monday, chanting “Stop the war!” and denouncing government “propaganda” – a striking moment of public protest as the Kremlin cracks down on any criticism of its invasion of Ukraine.

OVD-Info, a human rights group that tracks protest activity and detentions in Russia, identified her as an editor and producer with the broadcaster and said she has been detained. Ovsyannikova’s Instagram account also identifies her as a Channel One employee.

James Cleverly, a junior minister in Britain’s Foreign Office, told the BBC on Tuesday that the UK was “worried” for her safety.

“These acts of defiance within Russia … these are incredibly important,” he said. “It shows a huge degree of bravery for those individuals to protest in what is, we know, an oppressive authoritarian state.”

“It’s really important that the Russian people understand what is being done in their name,” Cleverly said.

Before storming the set of Channel One, Ovsyannikova recorded a video message in which she said her father was Ukrainian and her mother Russian. She described the war in Ukraine as a “crime” and urged Russian people to publicly demonstrate.

“Unfortunately, I have been working at Channel One during recent years, working on Kremlin propaganda,” Ovsyannikova said. “And now I am very ashamed. I am ashamed that I’ve allowed the lies to be said on the TV screens. I am ashamed that I let the Russian people be zombified.”

Her personal protest was hailed around the world as a dangerous act of resistance.

Kira Yarmysh, a spokeswoman for jailed Russian opposition leader Alexei Navalny, praised Ovsyannikova, sharing the video on her Twitter account. Ukrainian President Volodymyr Zelensky personally thanked “the woman who entered the Channel One studio” in one of his regular video updates to the nation, posted to Telegram.

Thousands of people demonstrating against the conflict have been arrested in Russia, according to OVD-Info, which says the invasion and its fallout have “irrevocably changed” Russian society.