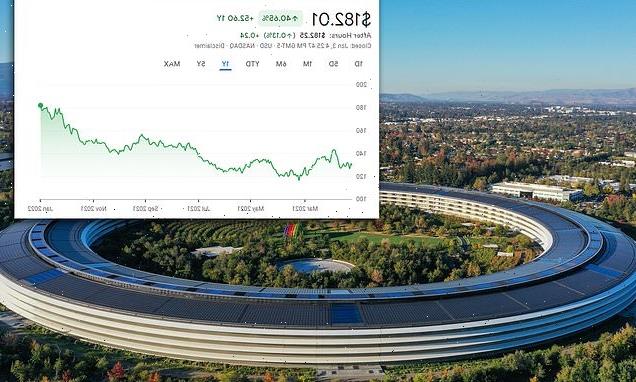 Electronics giant Apple on Monday became the first company in America to reach $3 trillion in market value after shares tripled during the pandemic.

The world’s most valuable company is the first to reach the latest milestone as investors bet that consumers will continue to shell out top dollar for iPhones, MacBooks and services such as Apple TV and Apple Music.

‘It just shows you how far Apple has come, and how dominant it is seen as in the majority of investors’ eyes.’ 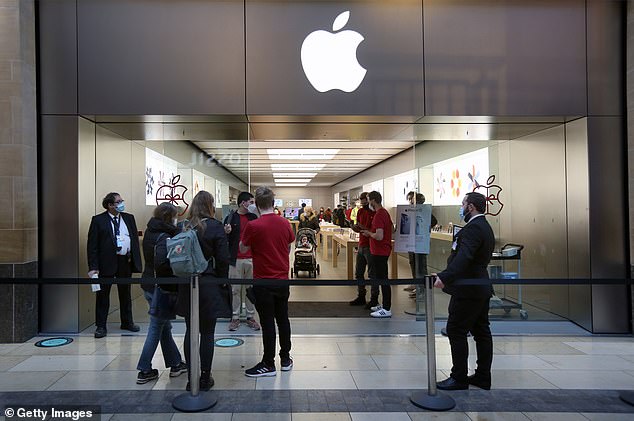 Silicon Valley-based tech giant Apple has become the first company in America to reach $3 trillion in market value. A Cambridge, England store is pictured on December 21, 2021 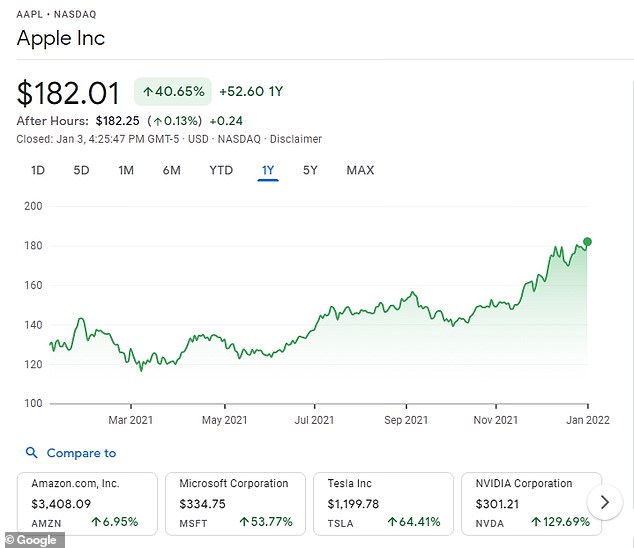 During the year’s first day of trading on January 3, the Silicon Valley-based company’s shares reached a record $182.88 about mid-day

Apple’s unprecedented accomplishment came despite a host of supply challenges during the past year.

Last month, it was reportedly forced to halt production of its iPhone for several days during a time when the tech giant typically steps it up to meet holiday demand.

Also in December, Apple cut production of the iPhone 13 after the demand for the device slumped.

Many shoppers who originally wanted the phone – whose most expensive model costs $1,599 – are said to have given up after ongoing supply chain issues lead to shortages and delays.

But the iPhone isn’t the only factor driving investor confidence as Apple branches out into automated cars, virtual reality, and more.

Right now, the Tim Cook-led company is working to develop an autonomous car by 2025 that requires no human intervention. The lofty project is underway as the tech giant loses ground to electric automakers such as Tesla and General Motors.

The lack of human intervention, which is being pushed by the project’s new boss, Kevin Lynch (who previously led the company’s Apple Watch software efforts) would be a groundbreaking accomplishment that no other automaker has yet achieved.

The self-driving car could have a radically different design and may feature no steering wheel or pedal and could include an emergency takeover mode, Bloomberg reported. 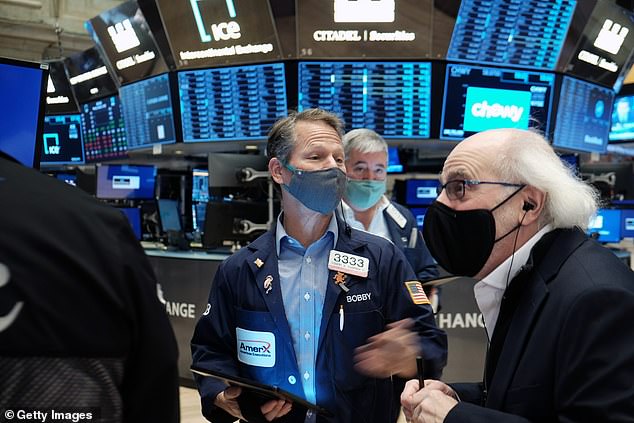 Pictured: Traders work on the floor of the New York Stock Exchange on January 3, 2022 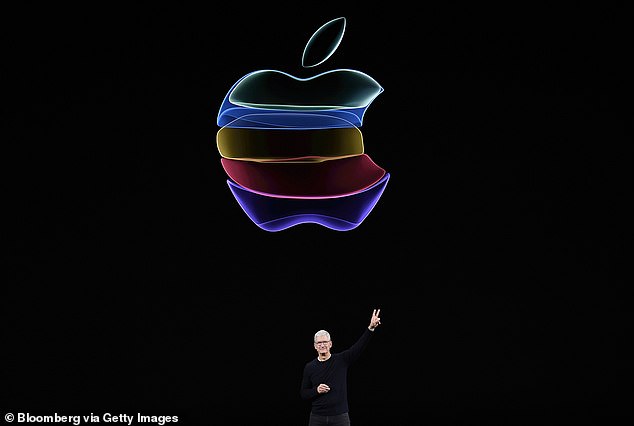 Apple, the world’s most valuable company is the first to reach the latest milestone as investors bet that consumers will continue to shell out top dollar for iPhones, MacBooks and services such as Apple TV and Apple Music. Its chief executive Tim Cook is pictured above 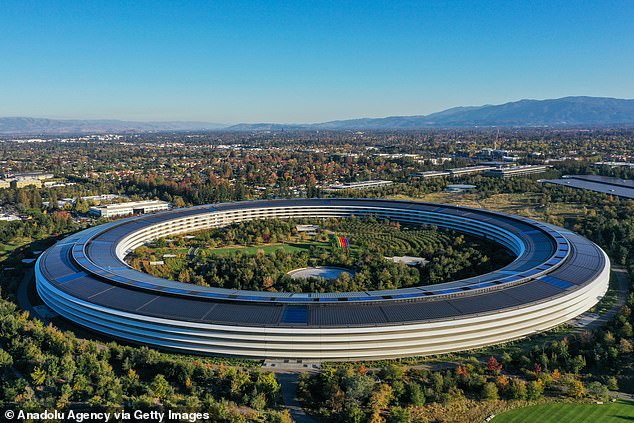 Pictured: An aerial view of Apple Park in Cupertino, California on October 28, 2021

Apple’s leader Cook is worth an estimated $1.5 billion.

The company previously shared the $2 trillion market value club with Microsoft Corp, which is now worth about $2.5 trillion. Alphabet, Amazon.com Inc and Tesla have market value above $1 trillion.

‘The market is rewarding companies that have strong fundamentals and balance sheets, and the companies that are hitting these sort of huge market caps have proven they are strong businesses and not speculation,’ said Scott Wren, senior global market strategist at Wells Fargo Investment Institute.

The rapid embrace of technologies such as 5G, virtual reality and artificial intelligence has also helped these stocks become market darlings as investors moved towards cash-rich companies and away from businesses that have been more sensitive to economic growth. 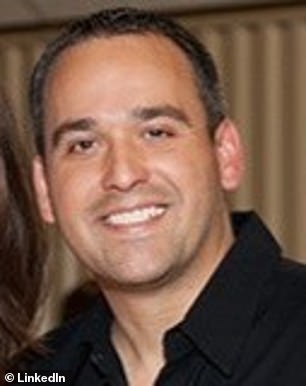 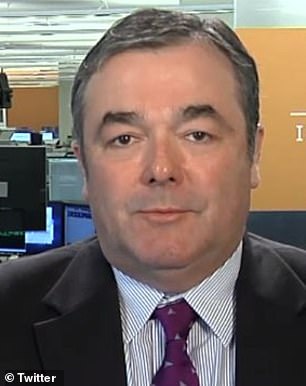 Apple’s quick adoption of 5G, a technology that has broad implications in the future, provided a big boost. It recently launched iPhone 13 in its second wave of phones with 5G technology.

In China, one of Apple’s biggest markets, it continued to lead the smartphone market for the second straight month, beating rivals such as Vivo and Xiaomi, recent data from CounterPoint Research showed.