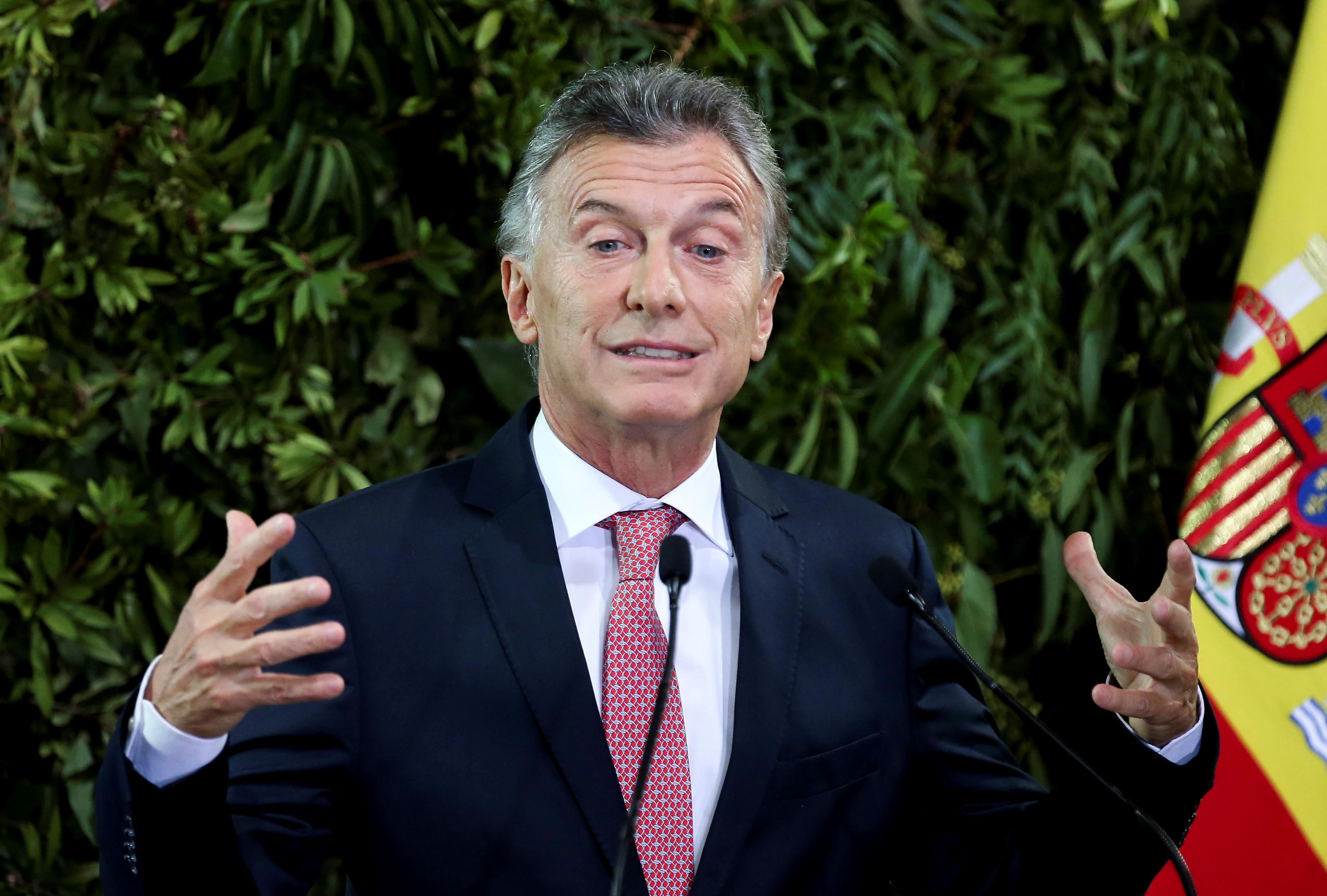 BUENOS AIRES (Reuters) – Argentine President Mauricio Macri is looking to strike an agreement with political rivals, including nemesis Cristina Fernandez de Kirchner, in a bid to calm volatile markets ahead of presidential elections toward the end of the year.

Interior Minister Rogelio Frigerio told local radio on Monday that the government wanted to negotiate a “basic consensus” with the Peronist opposition over the country’s direction and intended to invite Fernandez, a divisive figure who led the country from 2007-15, to talks.

“Cristina Fernandez de Kirchner represents an important part of Argentina’s electorate and has to be at the table,” Frigerio said.

Argentine markets have been hit hard with investors anxious about political uncertainty ahead of elections that start in October. That has hammered the peso currency and led to a spike in bond yields, reflecting rising risk. On Monday, the country recorded a steeper-than-expected 13.4 percent drop in industrial output for the month of March, further aggravating the economic outlook.

Businesses and investors fear that Fernandez could undo some of Macri’s business-friendly initiatives and revive policies including higher export taxes and currency controls.

Macri has spoken with several opposition leaders to promote what domestic media said was a 10-point pact to alleviate concerns about recession-hit Argentina’s political future.

“These points are not a government plan, nor an electoral proposal, nor a contractual agreement. They are an invitation for clearing some key issues from our discussions,” Macri said in a letter sent on Monday to provincial governors, opposition leaders, business groups and unions.

The main aspects would be maintaining a fiscal balance and continuing the fight against inflation. Macri has pledged to hit a primary fiscal balance this year and is battling to bring down inflation running at an annual rate of nearly 55 percent.

Argentina’s economic woes have hit Macri’s standing in the polls, while bolstering rivals. Fernandez has yet to declare as a formal presidential candidate, but is seen as the major challenger if she runs as expected.