Argentina`s football association caused outcry yesterday after publishing advice for those travelling to next month’s World Cup on how to ‘get lucky with a Russian girl’.

The guidance was part of a manual on Russian culture delivered to executives, coaches, players and and journalists travelling with the Argentine team to the tournament.

Guests accompanying Messi and other soccer stars to the World Cup, which starts on June 14, were shocked to be given tips on picking up ‘beautiful’ women in Russia during a seminar yesterday afternoon. 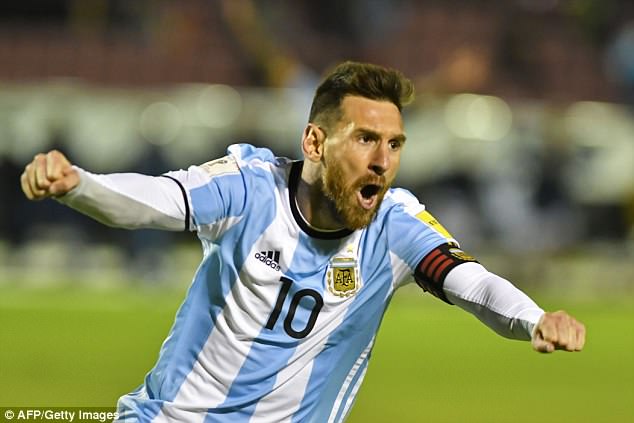 Lionel Messi scoring for Argentina. Officials, players, coaches and journalists accompanying the squad have been given handy advice on how to deal with Russian women (file picture)

The seminar was delivered by Russian language expert Dr Eduardo Pennisi and organised by the Social, Sports and Sustainability Commission of the Argentina Football Association (AFA), according to reports.

In a manual which those attending were given to take home, one chapter posted onto social networks was entitled: ‘What do I have to do to get lucky with a Russian girl’.

Advice included: ‘Russian girls, like any other girl, pay close attention to whether you are clean, smell good and are well dressed.

‘The first impression is important to them, so pay attention to your image.’

Another paragraph read: ‘Russian girls do not like to be regarded as objects, and hate annoying men. Don’t be negative. Don’t ask the same old questions, be original.’

It continued: ‘They like men with initiative. If you don’t have it, practise with other women beforehand.’

‘Many men, because Russian woman are beautiful, just want to get them into bed. 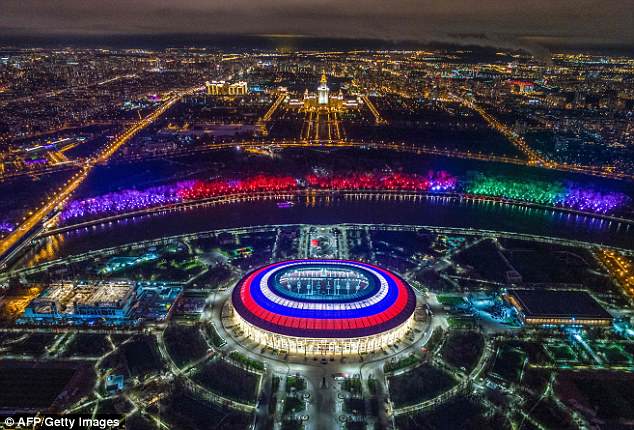 ‘Maybe they want that too, but they also want to feel important and special, so you should treat the woman in front of you are someone who has value, with their own ideas and desires.’

Another part of the chapter tells the men travelling to Russia: ‘Do not ask stupid questions about sex. For Russians, sex is something very private and not discussed in public.’

The document also assures the Argentine Football Association delegates that they will find plenty of beautiful Russian women to seduce so they can afford to be ‘selective’.

It says: ‘Normally Russians girls pay attention to the important things. But of course you will find girls who are concerned about material things, how much money you have, if you are handsome.

‘But don’t worry, there are many beautiful women in Russia and not all of them are right for you. Be selective.’.

Half way through the three-hour meeting, as images from the manual began to be posted on social network sites, staff reportedly started going round the room taking the guides away from participants.

The pages were torn out before being returned to those present, according to reports.

Dr Pennisi later claimed he had copied the seduction techniques from a blog and said the Argentinian Football Association had been aware of the content of the manual.

But he isn’t he had done ‘nothing bad’ and criticised those who had posted the material online ‘in bad faith’.

Following the furore the Argentine Football Association apologised claiming they had not checked the material before authorising its use.