A video shows the two women driving in a red Mustang on the motorway in the United States. 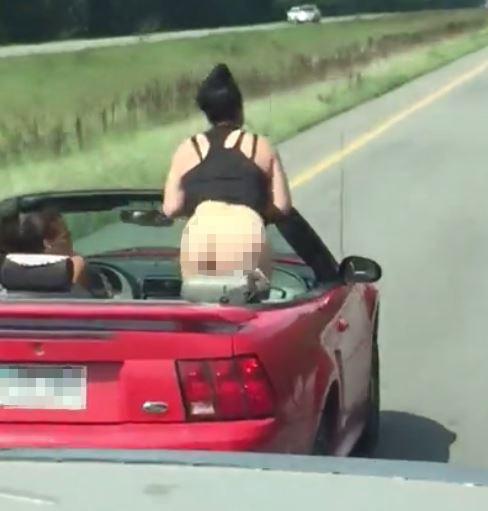 The woman in the passenger seat takes off her trousers before standing up and wiggling her bum at the truck, which is driving behind them.

Then the two woman start kissing each other.

The passenger then whips off her top before turning round and giving the driver an eyeful. 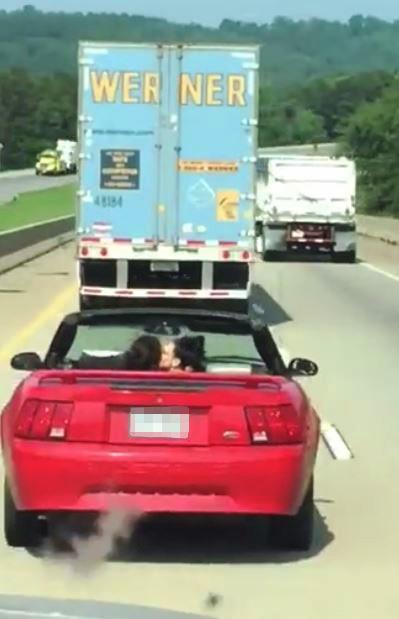 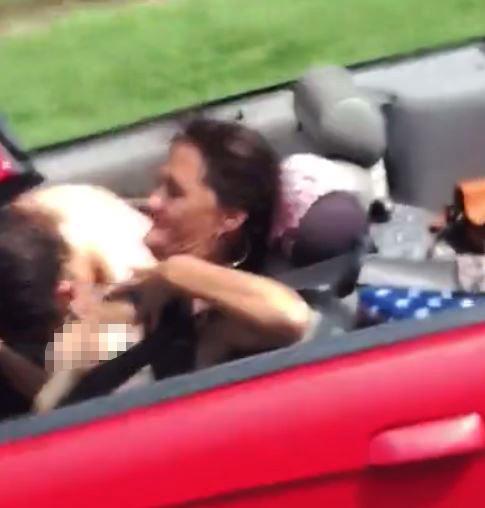 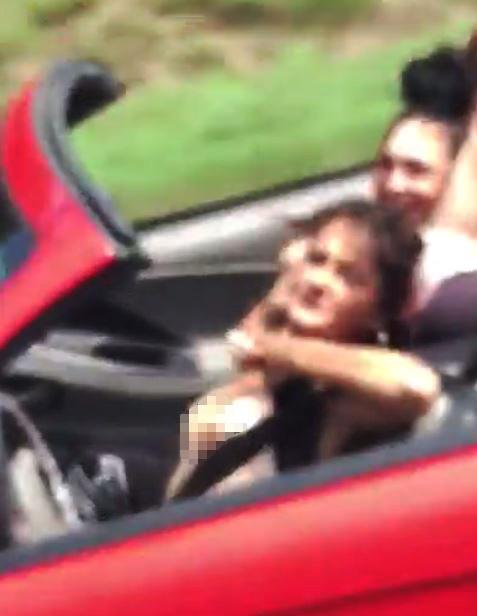 The lorry driver can then be heard to say: "They're getting naked. I got every bit of that s***."

The footage then cuts to the trucker overtaking the Mustang in which both women are naked and laughing as he passes.

It is not known exactly when or where the footage was taken.