YAOUNDE/DAKAR (Reuters) – When a passenger arriving from Brussels at Cameroon’s Yaounde Nsimalen airport on Saturday was found to have a temperature, health officials say he was whisked to a hospital and diagnosed inside four hours as the country’s fourth case of coronavirus. 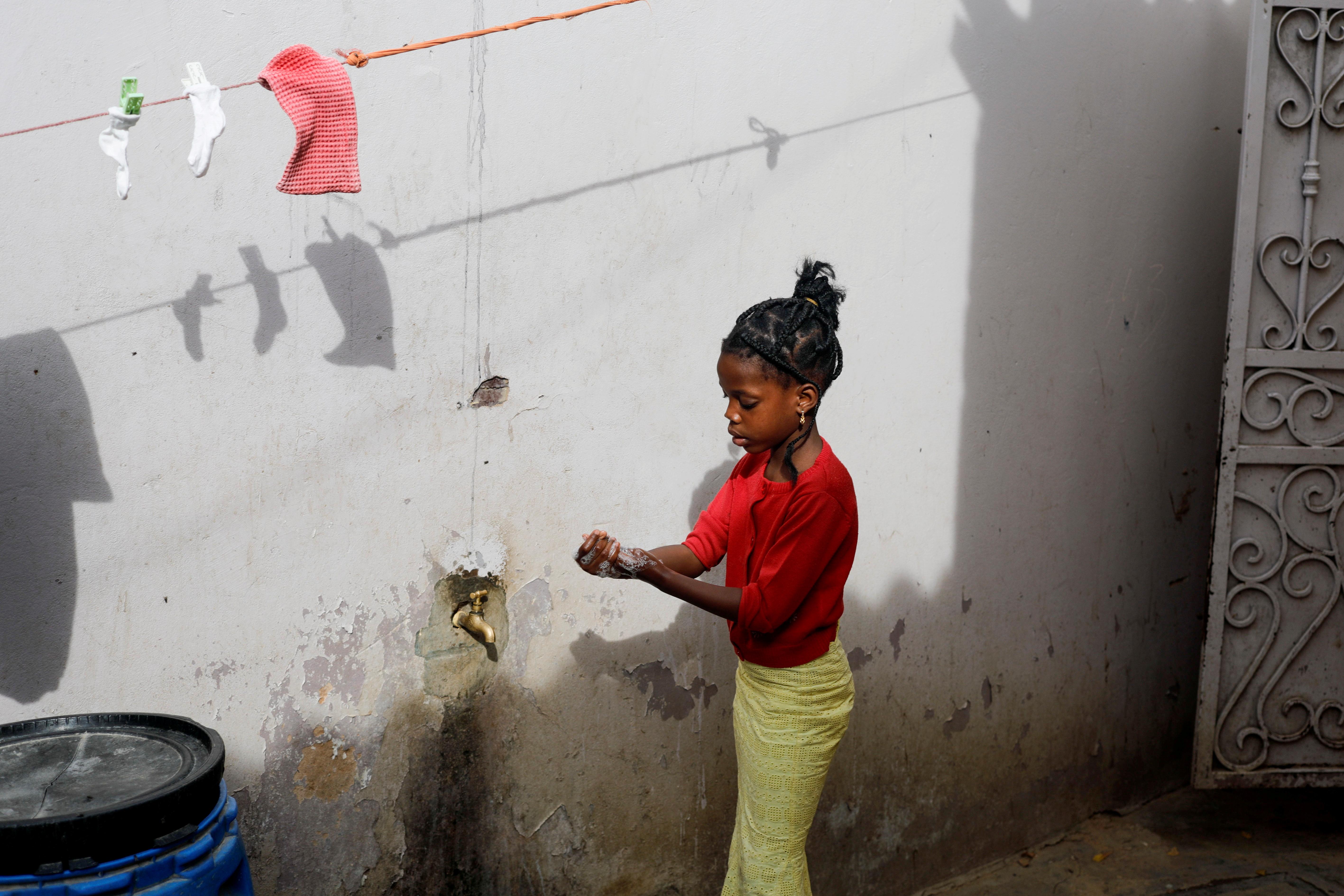 The central African country was doing more generalized screening for disease long before China revealed the new virus that has killed more than 7,500 people globally. Along with other countries on the continent, it hopes its experience guarding against Ebola and other epidemics will help its health system cope with a pandemic that could quickly overwhelm it.

“We have cases that were not caught by the measures in France and Italy that were caught here,” Georges Alain Etoundi Mballa, who runs the health ministry’s epidemic response, told Reuters, describing the screening as a “spying network”.

“Epidemics come and go, but we keep on the surveillance.”

The virus now ravaging Europe has appeared in at least 27 out of 49 countries in sub-Saharan Africa. In most of them the recorded cases are still in single figures and have come in from abroad – notably Europe – rather than emerging at home.

The stakes are high – if the disease gets into Africa’s poorest areas, squalid, cramped conditions could cause it to spread at lightning speed.

By Tuesday, Cameroon had decided to close its land, air and sea borders indefinitely – an unusual step on a continent where the World Health Organization (WHO) fears porous frontiers mean movements could just continue unchecked.

Countries with no registered cases were taking action. Mali’s government said on Tuesday that it had decided to suspend commercial flights from countries with the virus, while Niger is halting international flights and closing land borders for two weeks from Thursday, President Mahamadou Issoufou said in a statement.

Hospitals across Africa are already overburdened with cases of measles, malaria and other deadly infectious diseases, and conflicts have displaced hundreds of thousands of people and destroyed infrastructure.

Asking patients to self-quarantine at home is not practical in many areas, where families cram into a single room, share a communal tap or latrine, and survive on daily earnings.

“Africa should brace itself for a serious challenge,” John Nkengasong, head of the Africa Centers for Disease Control and Prevention (CDC), said on March 11. “I still believe containment is possible, but only with extensive testing and surveillance.”

In some places that looks all but impossible.

In South Sudan, devastated by a five-year civil war, the government has just 24 isolation beds, said Dr. Angok Gordon Kuol, incident manager for the outbreak at the Ministry of Health.

He said public officials were trying to encourage hand-washing, but many in the impoverished East African nation of 12 million people could not afford soap and did not have running water.

The health ministry in Burkina Faso, which is under siege from jihadist groups linked to Islamic State and al Qaeda, said in a report last week that the country lacked the resources to deal with the outbreak.

Its border crossings have no sites to isolate suspected cases, and the West African country does not have enough skilled health workers, the report said. “This can result in high mortality rates and an increased risk of spreading the disease.”

Ebola killed more than 11,000 people in West Africa between 2013 and 2016, mainly in Guinea, Liberia and Sierra Leone. It devastated communities but provided valuable lessons.

The Africa CDC, set up by the African Union in 2017, has been working with the WHO to strengthen emergency coordination, improve testing and surveillance, and equip treatment centers.

The number of countries with labs able to diagnose COVID-19 in WHO’s Africa region increased from two to 39 in just over a month. But that still leaves eight countries without.

With three confirmed cases, Nigeria, Africa’s most populous nation is scrambling to increase the number of isolation beds and provide more specialized medical training and equipment at state hospitals.

“Our health system is not as strong as we’d like it to be,” said Chikwe Ihekweazu, head of the Nigeria Center for Disease Control. “It is because we are a bit worried about our capacity to deal with a large outbreak that we are focused so intensively on prevention and early detection.”

Promoting good hygiene is a key part of that effort. But that is easier said than done. Less than half the population in 34 African countries have basic hand-washing facilities in their homes, according to a 2017 United Nations survey.

In Senegal’s capital Dakar, announcements ring out through loudspeakers on passing cars urging people to wash their hands. A group of school children in soccer shirts reels off highlights from a recent lesson – a crash course in preventing COVID-19.

But in their suburb, Pikine, where more than a million people live, the water is frequently cut off.

“Cleanliness is important, but here it’s not easy,” said Marcelle Diatta, a 41-year-old mother of four who lives in a two-bedroom apartment with four extended family members.

Khary Faye Sougou, head nurse at a local health center in Pikine, where donkey carts jostle with delivery trucks on sandy alleyways, said she was encouraging residents to stockpile bottles of water; but not everyone could afford to do so.

In Senegal, a West African country that has recorded 31 cases, medical staff said they had received limited protective equipment beyond extra gloves and masks.

“If we have a case, maybe I’ll go with a mask and my white coat, and after the visit I’ll throw them away,” Sougou said.

Ousmane Gueye, head of the crisis unit at Senegal’s health ministry, said the government was deploying protective gear to facilities that need it.

There are ample stocks of masks and gloves and enough beds to accommodate dozens more patients, according to health officials. However, there are no reserves of ventilators, which are in short supply across Africa. 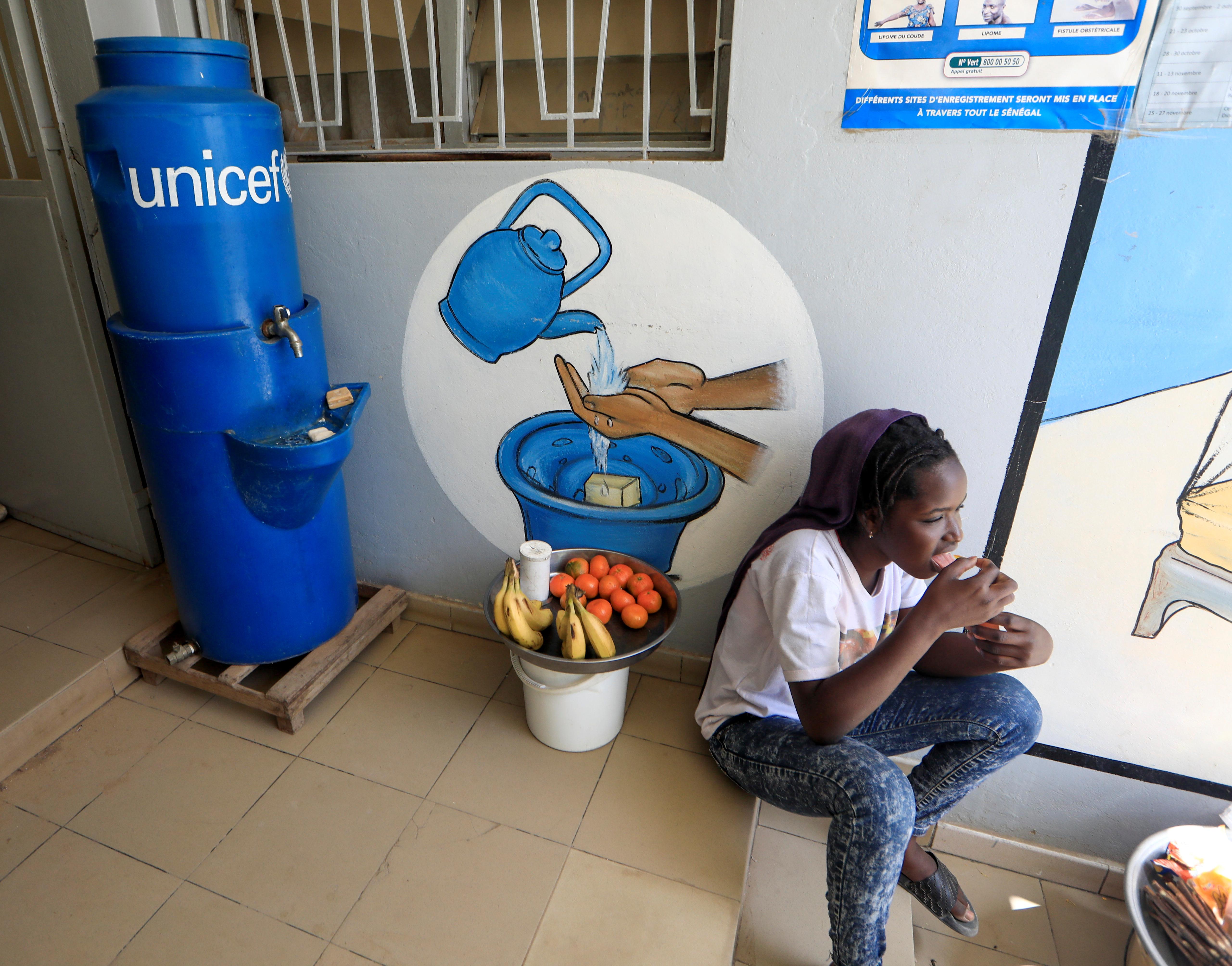 In South Africa, which has recorded 62 cases of the virus, medical services could be “swamped” if it spreads within the country’s vast shanty towns, Susan Cleary, a health economist at the University of Cape Town, said.

“Transmission in an informal settlement is a disaster, an absolute disaster,” she said.