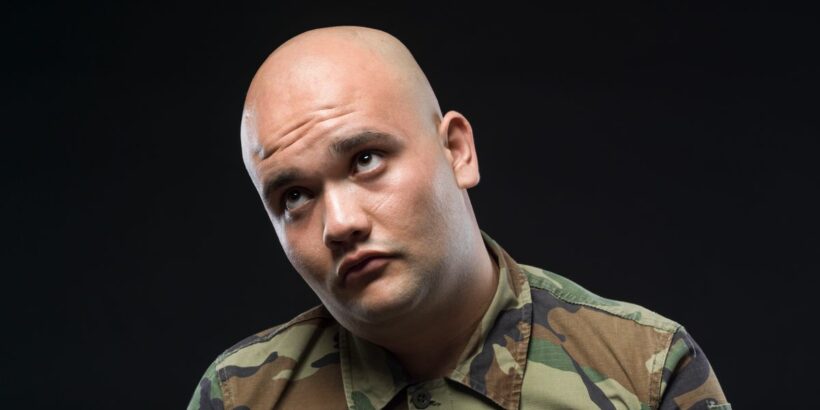 The armed forces are facing an obesity crisis with more than 20,000 troops being told they are too fat, the Daily Star ­Sunday can reveal.

Thousands of Army, Navy and RAF personnel have been classed as ­overweight after gorging on pies, chips, cakes and fizzy drinks.

At least 1,000 have developed diabetes and hundreds more have high blood pressure and breathing difficulties linked to their size.

Up to 15 soldiers have been given their marching orders for being too fat to fight in the past two years.

Ten of the heaviest had a combined weight of more than 173st – with one tipping the scales at almost 30st.

He was one of more than 80 members of the military who have been sacked since 2002. Dozens more have been warned they could also be discharged if they keep failing fitness tests.

One of those at risk was so fat he could no longer properly fire his rifle when lying down.

The Iraq veteran had been repeatedly warned about his weight. He was ­diagnosed with obesity and was at risk of developing Type 2 diabetes.

Figures obtained by the Daily Star Sunday show that of those sacked since 2018, at least six weighed over 22st.

One member of the RAF who has been warned he is at risk of losing his career blames the military for his unhealthy diet.

The airman said: “The problem with the armed forces is that they feed you too well. You can have a cooked breakfast, two courses for lunch and the same for dinner.

“If you are predisposed to having a weight problem like me you are going to have weight issues.

“I’ve been told that I will get what is effectively an official warning if I fail ­another fitness test, and after that, I could be discharged.”

The Ministry of Defence recognises the armed forces has an obesity problem and over the last two years has spent thousands of pounds on liposuction and diet pills for personnel.

Troops with excess fat have had tummy tucks, and several overweight males have also had breast reduction surgery.

Colonel Richard Kemp, a former commander of troops in Afghanistan, said squaddies who fail to get in shape should be given the boot.

He added: “Soldiers cannot join the Army if they are overweight. These 20,000 soldiers must have gained this weight while serving. This is a failure of leadership.

“Every soldier must be ready to fight at short notice, even if they are clerks or logisticians. This is especially important as we now have such a small army.

“Those who are unfit to fight, and cannot turn this around rapidly, should be discharged and replacements ­recruited who can do the job.”