BEIRUT (Reuters) – Security forces are trying to persuade protesters to reopen roads across Lebanon through peaceful means but will not use force if they refuse, a security source said on Tuesday as the country remained paralyzed by anti-government demonstrations. 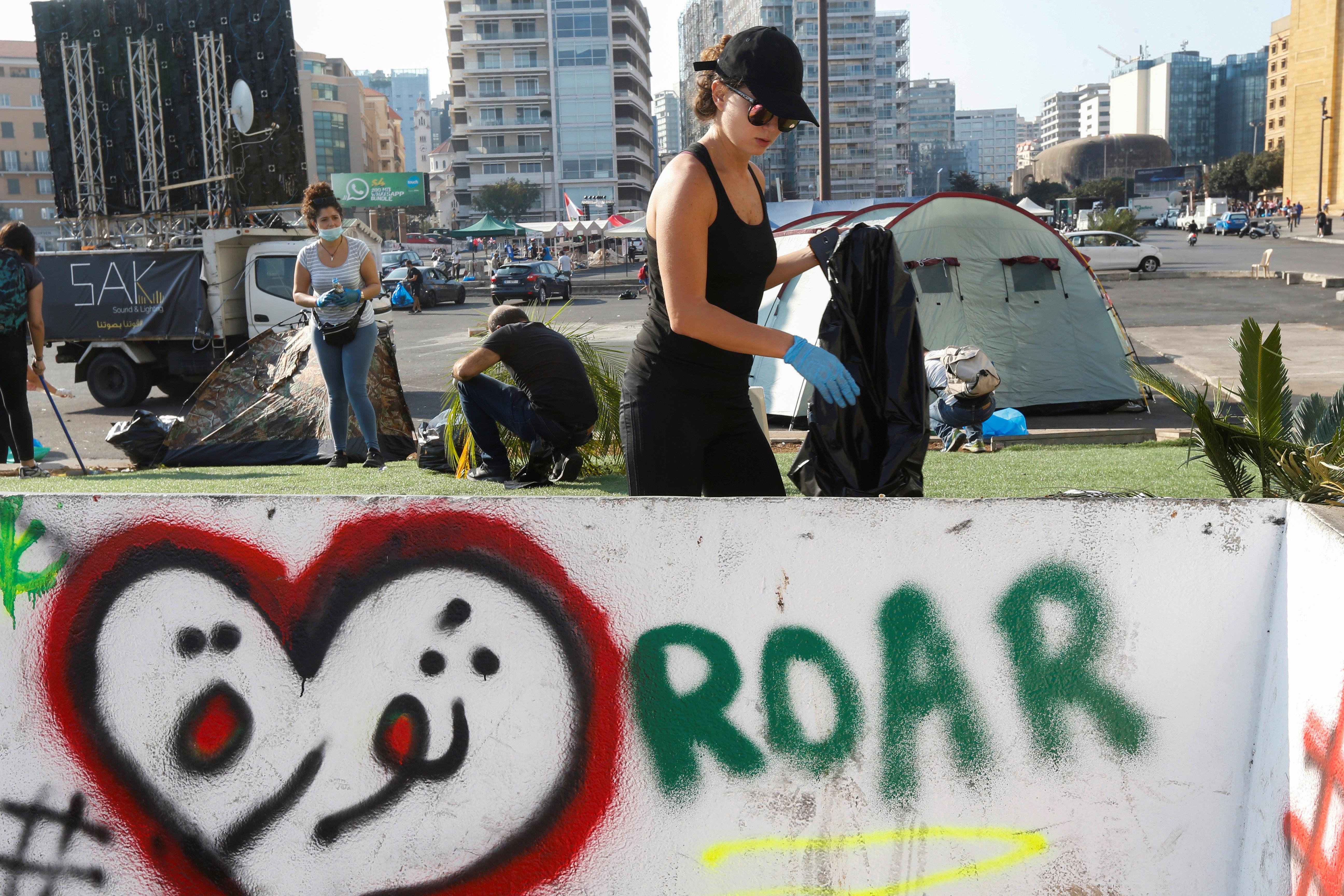 Aiming to defuse anger at the political elite and dire economic conditions, the government led by Prime Minister Saad al-Hariri announced a set of measures on Monday including long-delayed reforms he said aimed to fight corruption and waste.

Hundreds of thousands of people have flooded streets across Lebanon since Thursday, furious at a political class they accuse of pushing the economy to the point of collapse.

Banks and schools remained shut on Tuesday. Early in the morning, the number of protesters in central Beirut and the northern city of Tripoli appeared smaller than on previous days.

Investors said the turmoil showed Lebanon was running out of time to fix its economic problems. The country has one of the heaviest public debt burdens in the world.

The protests have been overwhelmingly peaceful since Friday evening when some demonstrators clashed with the security forces in central Beirut.

Late on Monday, soldiers skirmished in Beirut with young men on motorcycles holding the flags of the powerful Shi’ite movements Hezbollah and Amal. Both parties denied any role.

The protesters have been blocking highways as part of the countrywide demonstrations which have united Lebanese from across the sectarian spectrum and have not been led by any of the parties that have long dominated politics.

Some main roads had reopened on Tuesday but they remained blocked in some areas.

The security source would seek to convince protesters on the need to open main roads.

“If they are convinced, so be it, if they are not the roads will remain closed,” the source said. Some roads had been reopened in the south, the source added.

“We will not clash with the protesters and make a problem on the ground,” the source said.

The reforms announced by Hariri on Monday included the symbolic halving of the salaries of ministers and lawmakers, as well as moves towards implementing long-delayed measures vital to putting the public finances on a sustainable path.

The protests have been extraordinary because of their size and geographic reach in a country where political movements are normally divided on sectarian lines and struggle to draw nationwide appeal.

Lebanon has one of the world’s highest levels of government debt as a share of economic output. The government includes most major parties, run by politicians widely perceived to have mobilized state resources and influence for their own gain.

The economy has been hit by political paralysis and regional conflicts, compounded by strains in the financial system that have risen as inward capital flows have slowed. Unemployment among the under 35s runs at 37%.