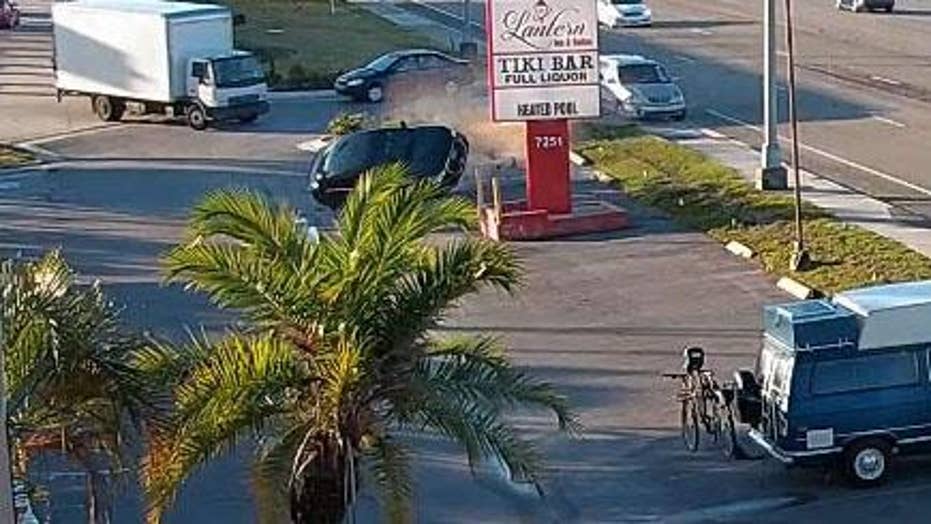 The driver faces two felony charges after turning into oncoming traffic and fleeing the scene.

A 24-year-old man has been accused of causing last week’s near-fatal crash in Florida in which a struck Audi went airborne and flipped over several times, according to a report.

The driver of the Audi, Jack Kelley, a 19-year-old college student, was critically injured in the accident Thursday morning in Sarasota. A motel surveillance camera captured the crash.

Zachari Brock, of Bradenton, was arrested Saturday and charged with leaving the scene of a crash involving serious injury and driving without a valid license, Fox 13 Tampa reported Saturday.

The surveillance footage shows Kelley’s Audi being hit by a Kia minivan after trying to avoid a collision, the station reported. 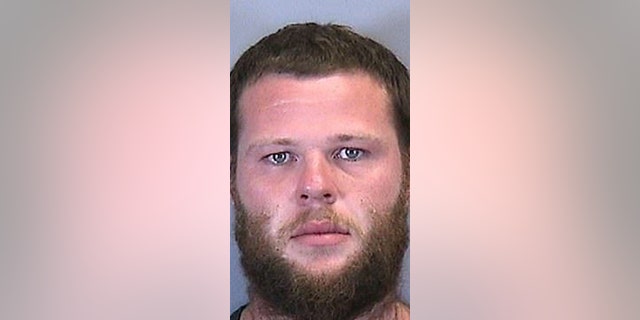 Zachari Brock, 24, of Bradenton, has been accused in a hit-and-run crash in Sarasota, Thursday, that was caught on video.
(Fox 13 Tampa)

The video then shows the Audi flying through the air and flipping over numerous times before landing in the Lantern Inn and Suites parking lot.

Kelley, who was partially ejected, suffered a traumatic brain injury, the station reported.

"My son is going to be in ICU for a long time," Michael Kelley said in an interview with FOX 13. "So I'm not relieved, I'm glad they caught him but I'm not happy. I'm glad he's going to serve his justice, but that doesn't give me any satisfaction."

The Kia drove off after the crash.