Food artist Carl Warner created the pieces include scenes from Paris, Tokyo and Rome, all made from ingredients you might find in your kitchen. 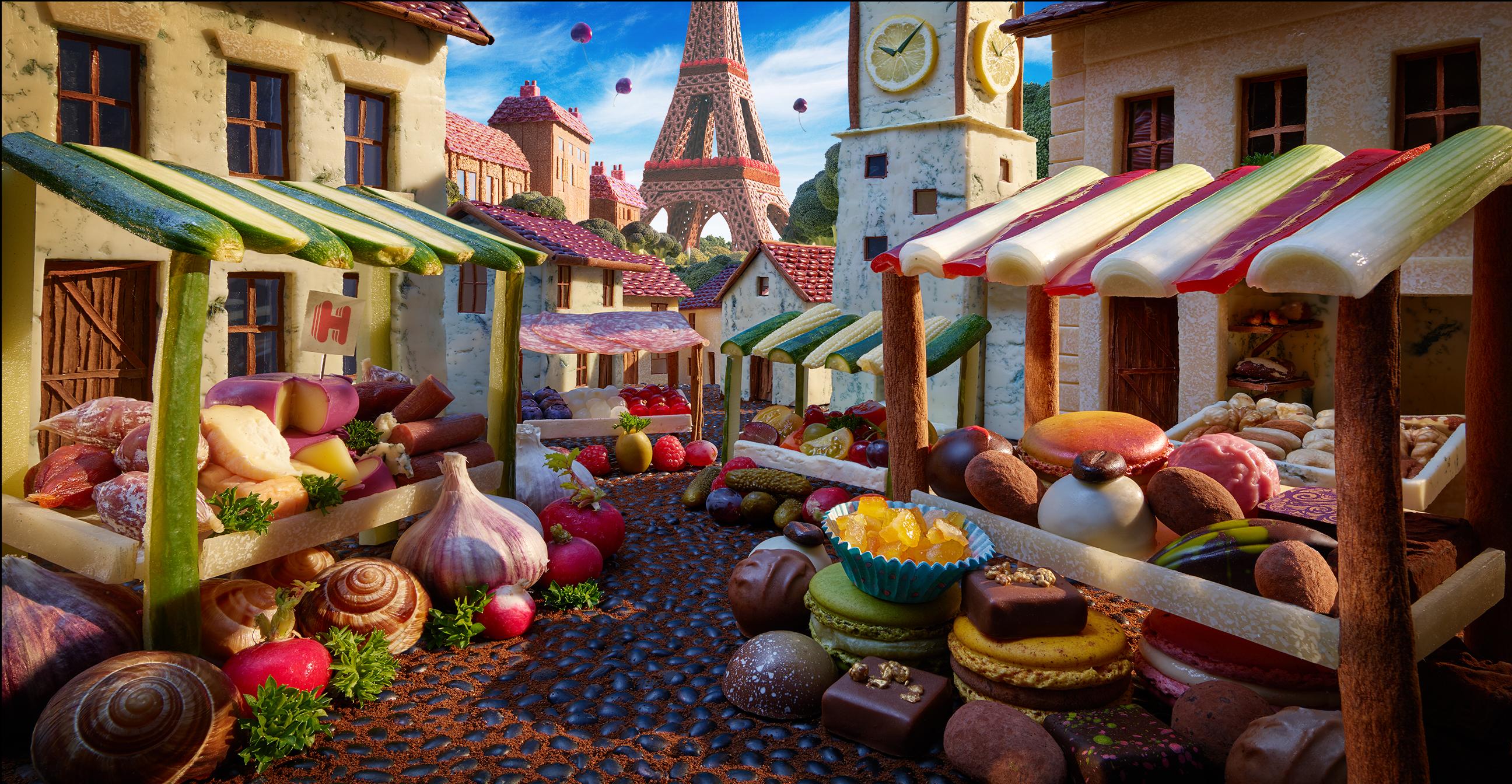 The artworks include a Parisian market scene, featuring buildings made from a mix of blue and hard cheeses, leeks and a chocolate Eiffel Tower.

The Pantheon, and a cobbled back street in Rome, were brought to life using pasta, parma ham and Parmesan cheese.

A serene zen garden and tea ceremony overlooking Mount Fuji have been made from maki rolls, ginger and shiitake mushrooms.

The culinary creations were commissioned by Hotels.com following a poll of 9,000 adults across 29 countries which identified Paris, Tokyo and Rome as the top foodie destinations. 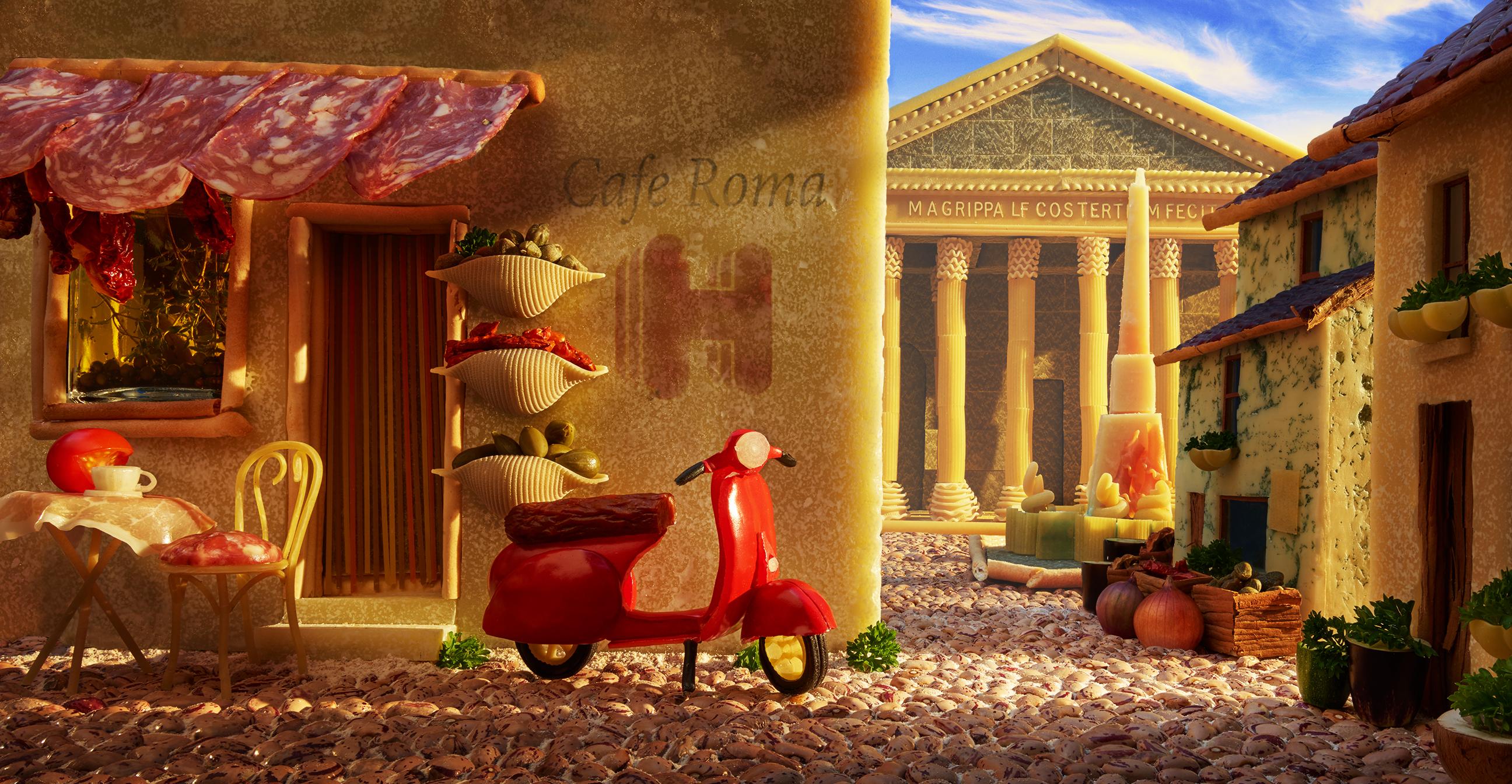 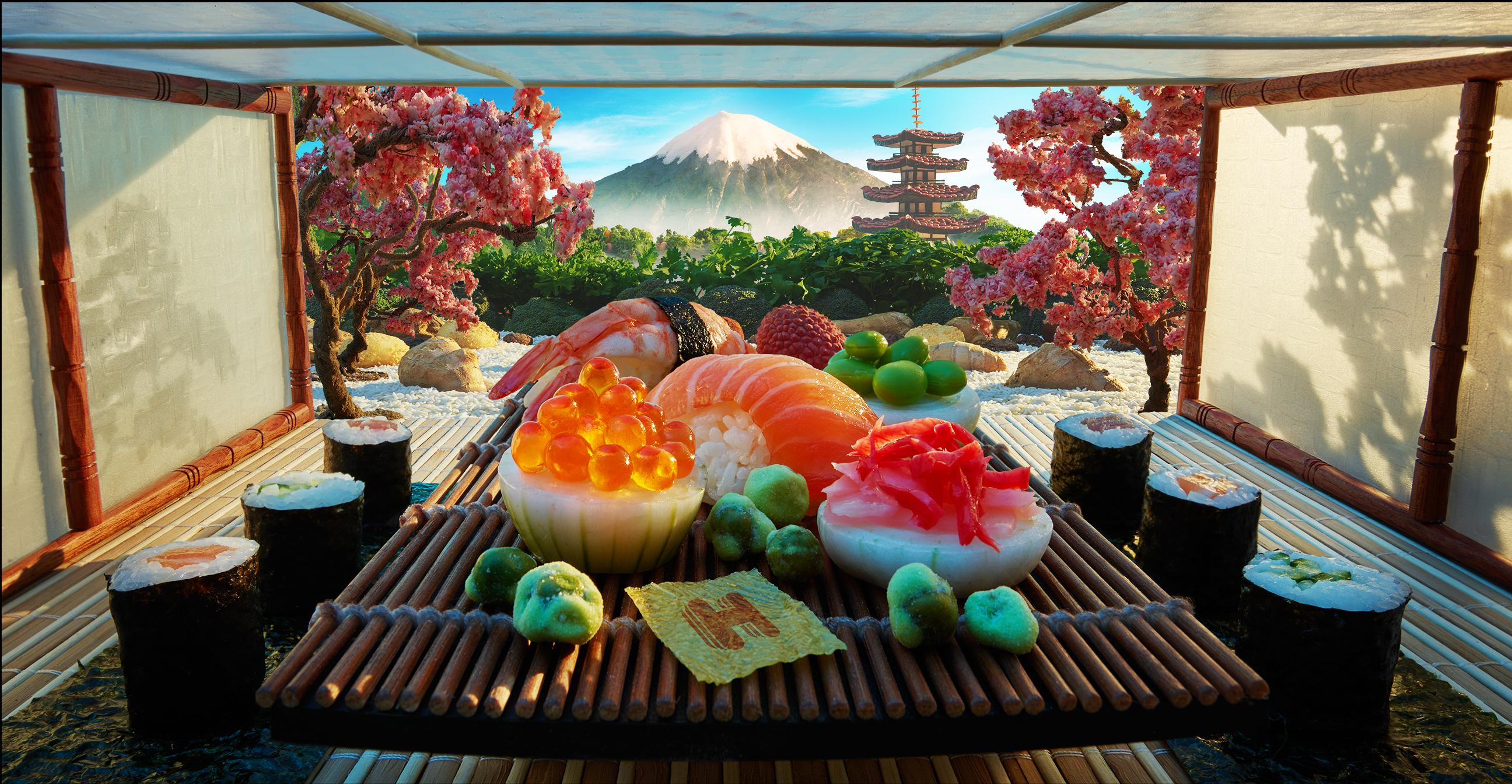 Carl Warner, 55, from Liverpool, said: “When Hotels.com approached me with the idea, I instantly knew this project was right up my bean cobbled, blue cheese street.

“It was a great opportunity for me to bring images and scenes of these hugely popular foodie destinations to life in an exciting and contemporary way.

“I hope that these images will not only blow people away, but inspire them to get online, get booking and not just 'sight-see' but 'sight-taste’.”

Other popular places to visit purely on the basis of their food offerings include London, New York, Barcelona and Madrid.

The research also found around six in 10 of those aged 18 to 35 choose their holiday destination purely on what they will eat – not what they will see or do.

In fact, food is a bigger reason to visit a destination than arts, culture and museums – and shopping too.

More than half of those polled admit foodie experiences on holiday are what make getaways most memorable.

It also emerged 86 per cent are more likely to take photos of their food than their friends.

Typically, those polled take 142 photos during a two-week getaway – and almost a quarter of the pictures taken are of food.

Pasta and pizza are the dishes they’re most likely to post on social media, along with desserts like donuts and freak shakes and steak.