Beware the bolters out of lockdown. That's the message for Melburnians as they take their first sips of freedom in six weeks under the initial easing of stage four restrictions.

The allowances on Monday were only slight but were an important psychological step for a city that has been trapped inside for months under harsh measures to stop the spread of COVID-19. 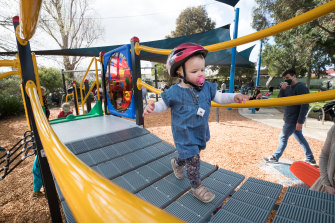 Playgrounds reopened, singles were allowed to meet up with another person, the nightly curfew was pushed back from 8pm to 9pm and an extra hour of exercise was granted.

Dr Terry Bowles, associate professor of psychology at Melbourne University, said easing some restrictions could mean a fall in compliance with the rules that remain in place.

"The lockdown was pretty solid. For most people, coming out of COVID-19 will be very stepped, but it's difficult to manage the bolters," he said.

"Some people that are highly impulsive don't work on a gradient. [They think], 'OK, we've been in lockdown, now we're not.' "

The first group were the conformists. They would live under the restrictions for three years if told to do so, said Dr Bowles.

The next group were less tolerant of lockdown and would protest about it or develop coping mechanisms such as drinking. 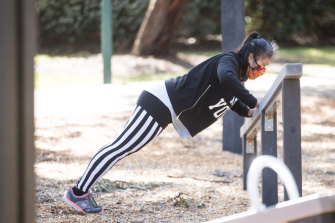 A woman works out on some outdoor gym equipment in Bentleigh.Credit:Simon Schluter

The smallest cohort were the rule-breakers. People might fall into that category for several reasons, Dr Bowles said, including those rationalising their behaviour to not seem so bad; people taking a principled stance; being ignorant of the rules; or simply not caring.

The longer lockdown went on, the higher the chance someone might become a rule-breaker, said Dr Bowles. They might start off with only small infractions, such as driving six kilometres to a Bunnings, but doing it once made it easier for it to happen again.

"Once you've gone there, you want to go again," said Dr Bowles.

While Victorians may long for life to return to normal, one expert said there was no evidence to suggest people would start breaking the rules. 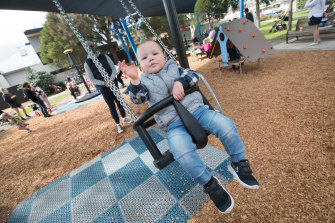 Dr Carissa Bonner, behavioural scientist at the University of Sydney, said people were more resilient than they thought, despite the mental health impacts.

When people referred to "lockdown fatigue", Dr Bonner said they were more likely speaking about "cognitive fatigue" – the weariness that comes with making lots of new decisions.

"If the instructions are very clear, and it has a clear rationale, then people will keep doing it," she said.

"There's nothing to suggest that loosening them a little bit would make them give up on all the restrictions."

A national study by a team from Griffith University found the two rules people broke most during the first lockdown involved socialising with friends and family outside the home, and non-essential shopping.

"We also found in our research that time had an effect," said Professor Kristina Murphy. "The longer people had been in lockdown, the more they said they had engaged in some of these forms of non-compliance."

The reopening of playgrounds on Monday was a relief for Liberty Elg-Kozel, who was enjoying Fels Park in Yarraville with her daughter Florence on a sunny spring morning.

It was a much-needed outing for the children but also for the parents, she said.

"Just being able to interact with people who are going through the same stress as the rest of us, there were some familiar looks of relief," she said.

"It gives us hope that we're moving in the right direction."