IN the week The Sun celebrates its 50th birthdays, another Great British institution turns 25 years old.

The first-ever National Lottery draw was held on 19 November 1994. 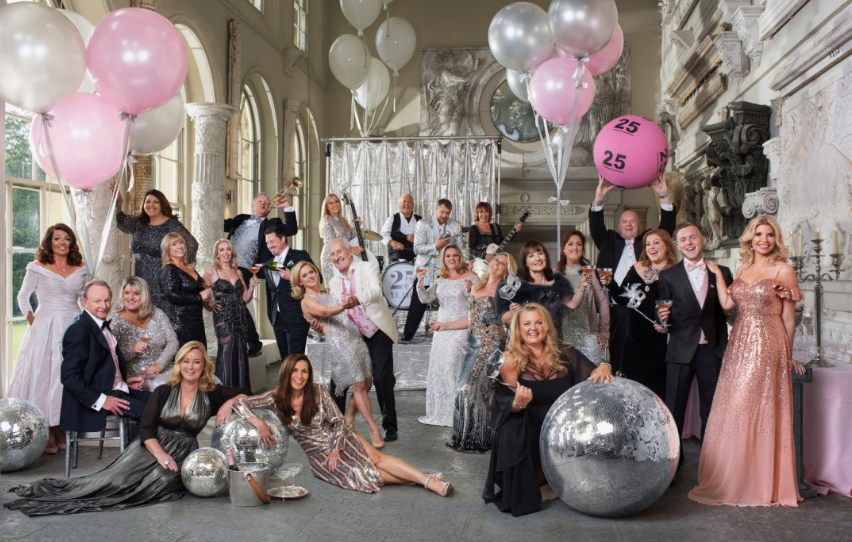 A quarter of a century later, society photographer Sven Arnstein pictured 25 winners – one from each year – at a unique birthday party.

Here they tell how winning the jackpot allowed these winners to get boob jobs, follow Robbie Williams around the world and buy a Bentley for their dog to travel in…

Elaine says : "Our children Karen and Gary were aged five and ten when we won, but they had to earn money to pay half if they wanted something big like an Xbox. They went to uni and Gary bought his own house aged 24 – one of my proudest moments."

Deana says: "We were struggling on benefits when I won. I went out and bought a pair of trainers, simply because I could. I joined a gym because I thought I’d be eating expensive meals and getting fat."

Cheryl says: "The Lottery win has allowed me to indulge in my Robbie Hobby – seeing Robbie Williams 40 times in concert around the world. I paid for a meet and greet – and froze. But he was lovely and I’ve a picture of us both on my phone."

Viv says: "I still shop in Asda and buy Aldi wine out of habit. I did buy a convertible but the dog didn’t like the wind in his ears so we swapped to a Bentley. What made me happiest was seeing my kids work their way through uni." 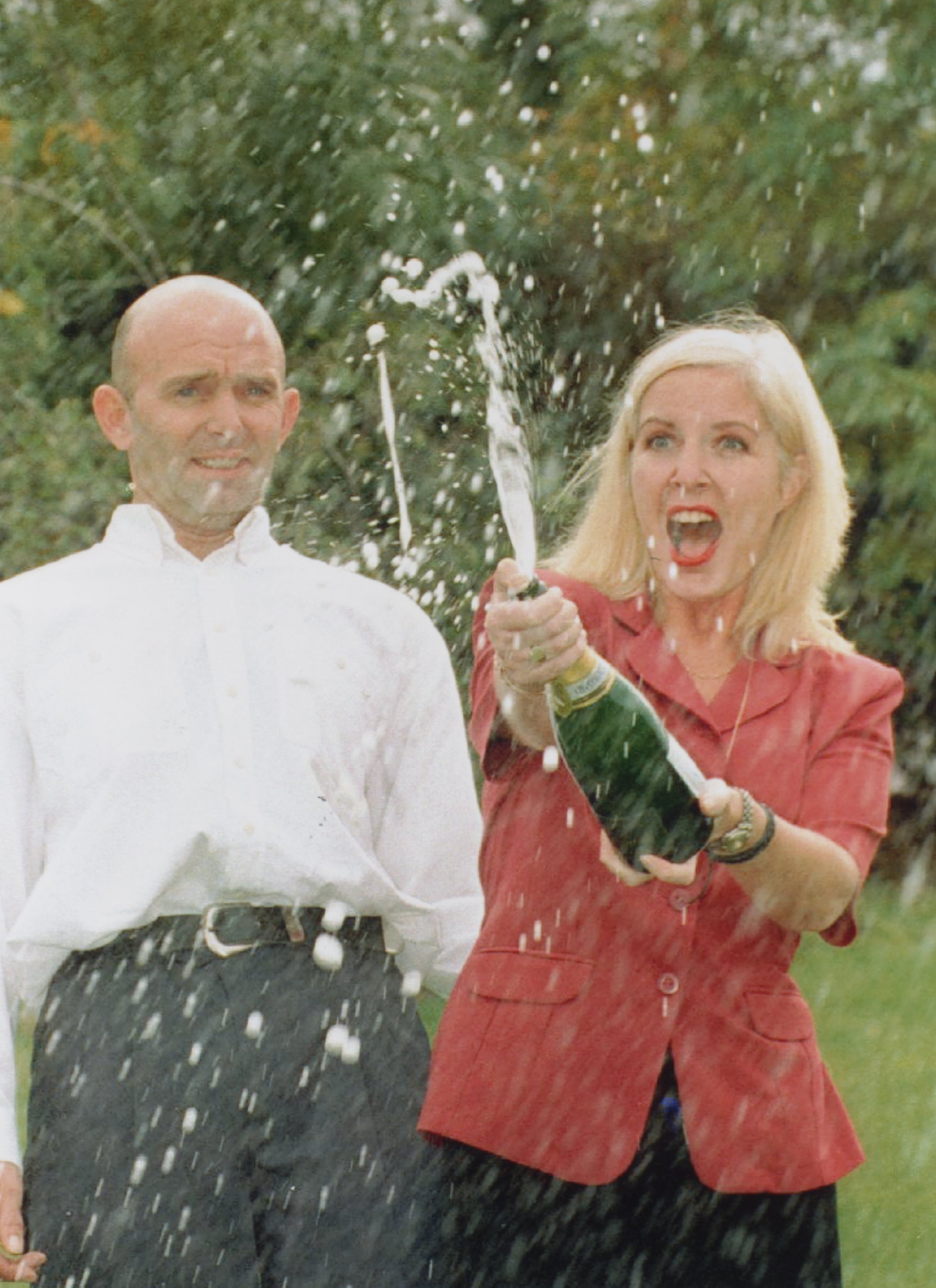 Sam says: "We’d just got back from a £9.50 Sun holiday and I was rushing to work at a petrol station when I bought my ticket. We were raising my partner’s son and I was working weekends while Malcolm worked shifts. I was suddenly able to give up work and raise our family."

Ray says: "All Barbara wanted was a house with bay windows. We paid £12,000 for veterans to fly to Monte Casino. We paid £3,000 to take local children to Disney on Ice at Christmas, and I ordered 250 Colas and 250 KitKats. We gave away £5.5 million. When I met the Duke of Edinburgh he joked ‘They didn’t give any to me!’"

Tom says: "I bought a car for every day of the week, so we needed a house big enough for the cars. This has four beds and six garages. My wife dreamed of a number 14 ball – and we won on the 14th."

Sarah says: "Our daughter Alicia was six months old and I was dreading the end of my maternity leave as a dental nurse. But the win meant I could be a stay-at-home mum for her and our two younger children."

Trish says: "We’d been trying for a baby for five years and were about to start IVF. We went to a Lottery event weeks after our win and I couldn’t face champagne. I was pregnant! Benjamin was like winning all over again." 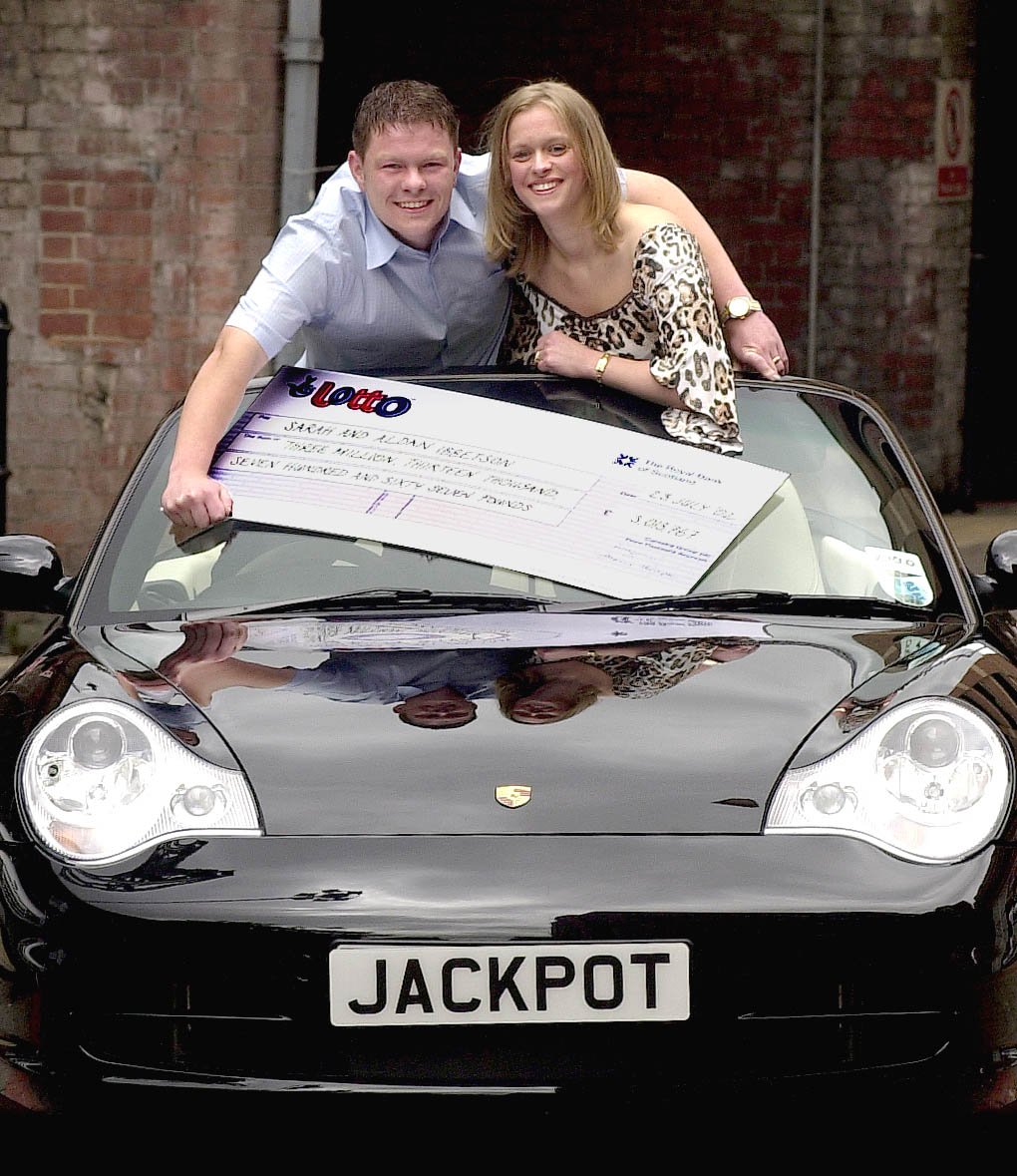 Ben says: "I was single and living with my parents when I won. I met my future wife nine months later, but when I turned up for our first date in a new Range Rover, her Nan said ‘I think he’s a drug dealer!’"

Sarah says: "Just after I won, I bought my two sisters boob jobs, and everyone remembers that. But now I’ve had one myself, and it’s my two-year boob birthday. I love them!"

Geraldine says: When I turned 40 I treated myself to a £7,000 600cc Honda with a top speed of 156 mph. Now, every weekend I don my motorbike leathers and go riding for hours. We own six bikes and had our topiary hedges shaped like a Harley Davidson.

Kerri-Ann says: "I was at college as a mature student studying business. I went back after the win, as I hate leaving things unfinished. My highlight was setting off the Lottery machine live on TV in 2009 and meeting Alan Dedicoat, the voice of the balls."

Tracy says: "I was a single mum with three jobs, recovering from cancer when I won. Money had been so tight, I wanted to buy something so I went to Tesco at midnight in pyjamas and bought the dog some Bonios." 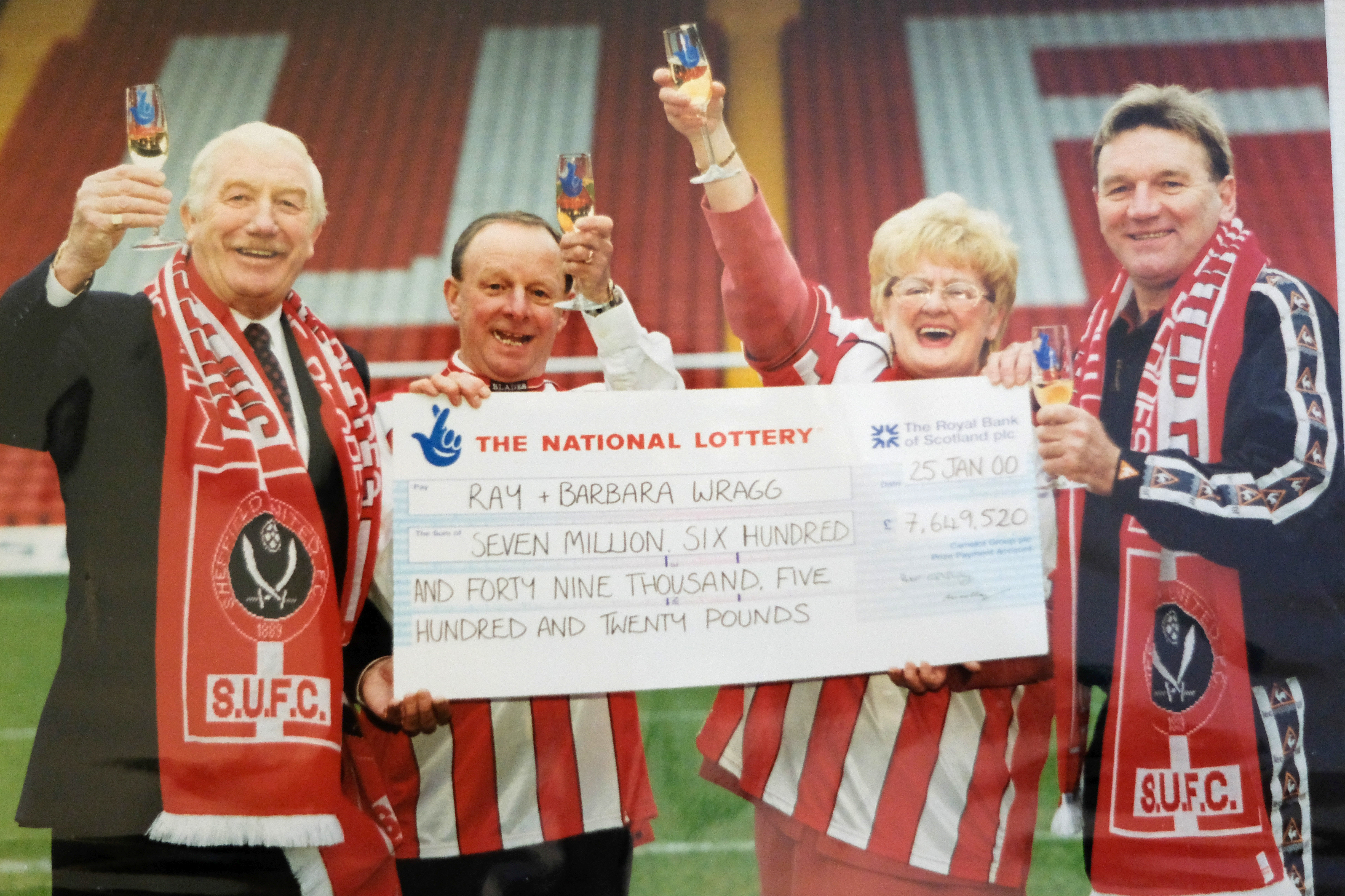 Brian  says: "I went to collect the newspapers, and I checked my ticket at the same time. I had all six numbers, and I walked home a little in shock. When I got to my gate, the neighbour Stan said ‘Have you heard? A grey haired bloke who lives locally has won the Lottery!’ News had travelled faster than I could walk!"

Susan says: "There was snow when I won, but I’d been struggling into work because I was a single mum. I couldn’t afford heating – so I went straight to the thermostat and turned it up."

Geoffrey says: "I had just retired when I won, but that day I had volunteered to do a presentation, so I had to leave the ticket and go and work for the day."

Libby says: "Our winners advisor described it like a beautiful bereavement, but a good one. The biggest thing I did since I won the lottery was losing 11 stone in nine months recently. Now I feel fit enough to enjoy my winnings."

Dione says: "I was diagnosed with Multiple Sclerosis when our daughter was a baby, and had spells paralysed in hospital or confined to a wheelchair. The win took away the stress which had often made my condition worse. It’s given me health – and happiness." 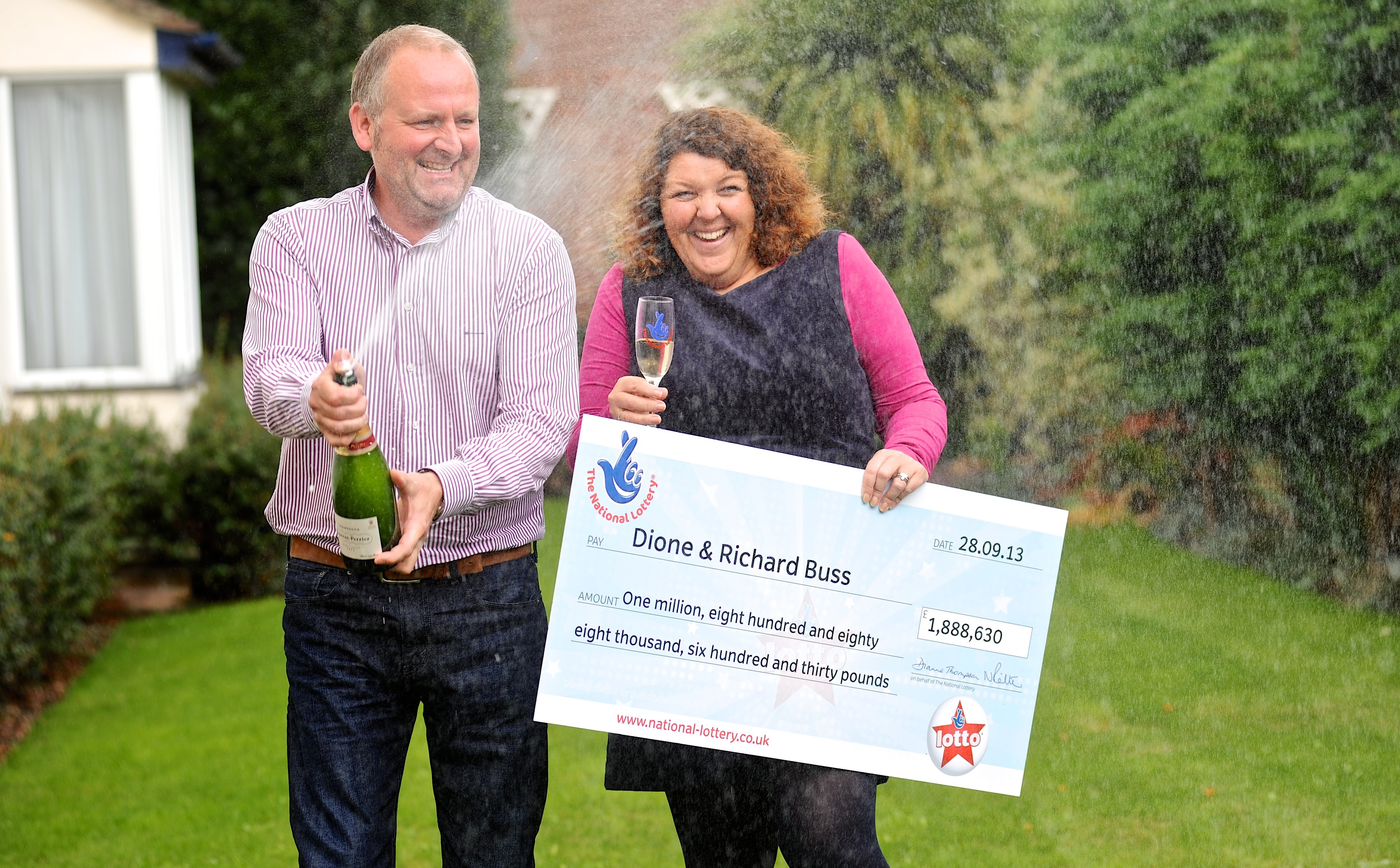 Matt says: "When I met Stacy we flew on a World trip, but she became ill in China. Nobody spoke English– then they showed us a baby scan. I was floored with emotion and had a panic attack. Our son is my greatest achievement."

Anne says: "I always waited a week to check the Lottery results but on the night I won, I had a sudden urge to check the numbers at 1am. Then I sat up all night drinking tea and planning how I’d spend the money."

Jamie says: "I was a roofer and realised I’d won at 7.30 in the morning – but my phone had no signal. So I had a million pound ticket in my pocket and I climbed to the top of a roof to ring Camelot."

Bev says: "I was a single mum raising four children, two of them autistic. I bought a house near their special school and spent £7,000 on a gastric sleeve, going from nearly 17 stone to 11. It gave me my life back."

Arron says: "We conceived our second baby a month after our win. When Ceri was in labour the midwife said “You’ll have to call her Lottie,” so we did – after the Lottery."

Natalie says: "The day after we won, we went to view a house – and I went into labour a month early. We called her Poppy Marie Lottie, and having a daughter in a big family tree of boys was like winning again." 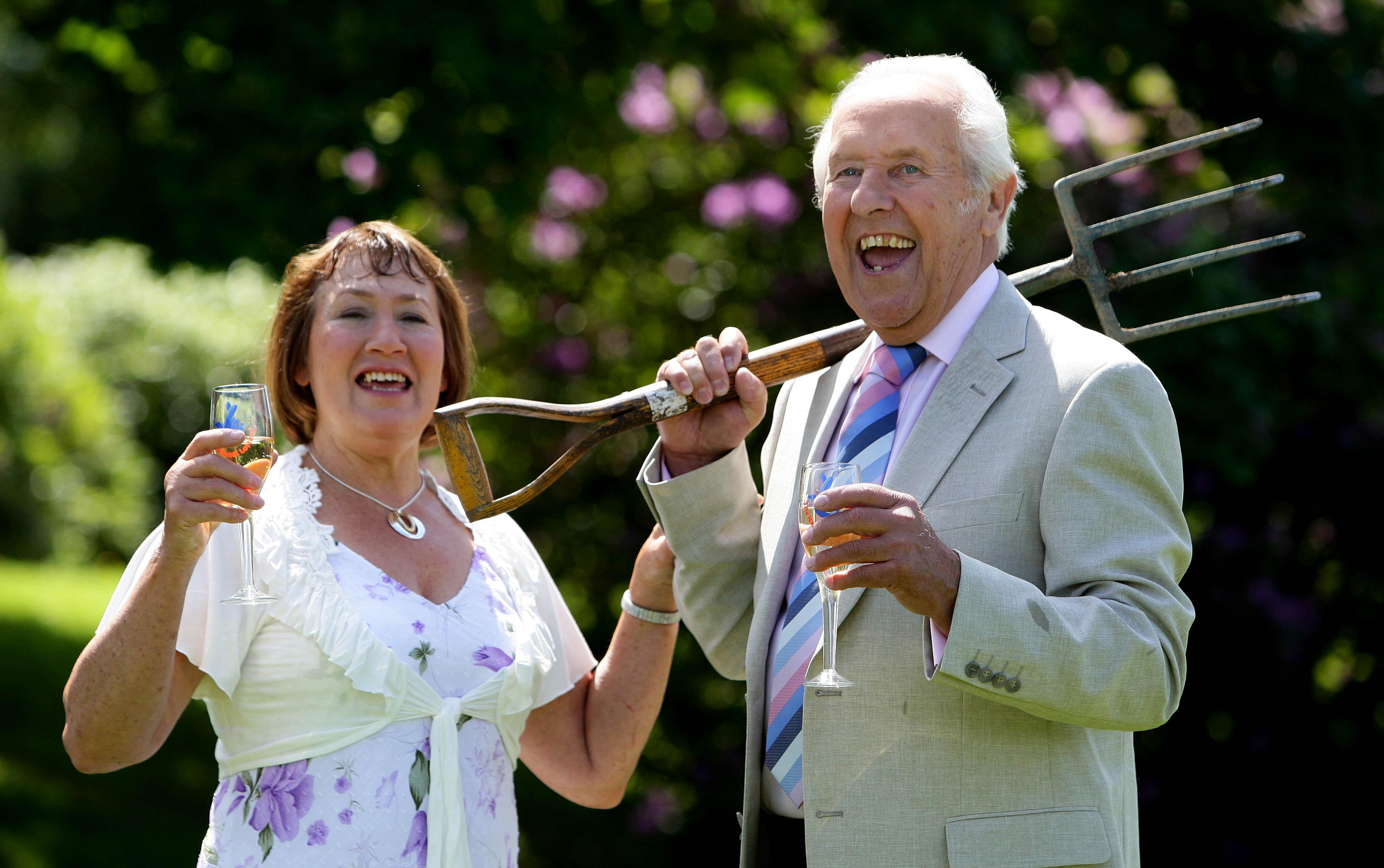