An Asda hit by a coronavirus outbreak was accused by customers of letting the store get ‘overcrowded’ and allowing people in without face masks.

Eight workers at the superstore in Smethwick, near Birmingham, have now tested positive for the deadly bug.

Asda shut the site for a ‘comprehensive deep clean’ following the confirmed cases and said the staff who had tested positive were now self-isolating. 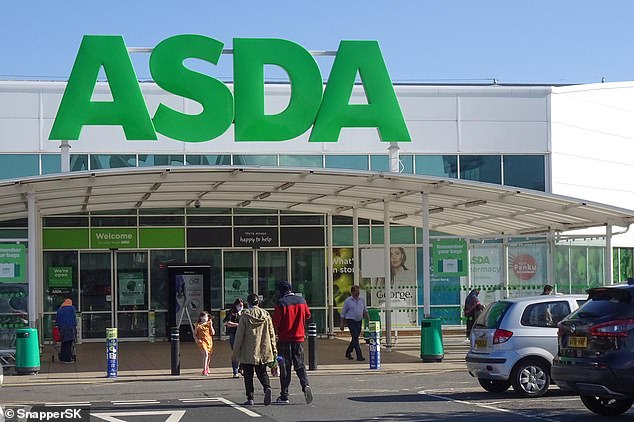 Eight workers at the superstore in Smethwick, near Birmingham, have now tested positive for the deadly bug. Shoppers are pictured at the store after it reopened

But today locals claimed the supermarket had been ‘overcrowded’ with some shoppers refusing to wear face coverings.

One customer wrote on Facebook: ‘Asda should introduce entrance and separate exit.

‘The store has been overcrowded [with] shoppers not adhering to guidelines on wearing a face mask.’

A second shopper wrote: ‘I agree. It’s not policed properly’, while a third added: ‘They were very good at the start of the outbreak but I think they must be worn down by the anarchic behaviour some of their customers have shown.’

Despite the outbreak, the store remained open today. Shoppers were seen sanitising their hands and trolleys.

Asda said the risk to the public was ‘low’.

The company updated its policy on face masks in August after getting complaints about people not wearing them in their stores.

But it said it would not ‘police’ the rules.

The company said at the time: ‘Whilst we will do all we can to strongly encourage customers to wear a face-covering inside our stores, it is the responsibility of the relevant authorities to police the new rules.’

Coronavirus rates in Sandwell, the council area that envelops Smethwick, are currently among the highest in Britain. 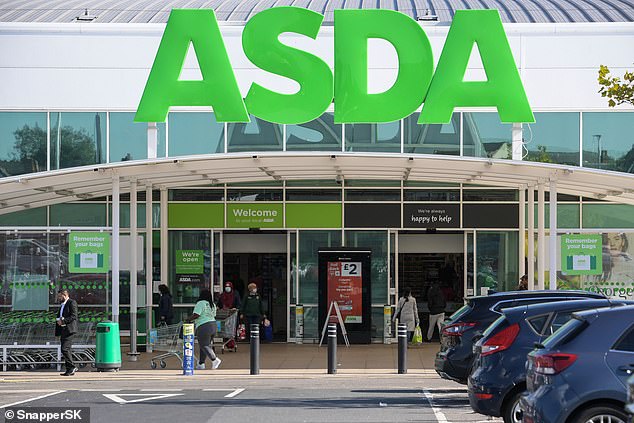 In a statement Asda said: ‘A small number of colleagues at the Cape Hill store have tested positive and immediately self-isolated.

‘As soon as we became aware, we notified Public Health England and Sandwell Council and enacted a comprehensive deep clean at the store, while introducing additional cleaning.

‘The safety of our customers and colleagues is our top priority and we have introduced extensive measures across all our stores to help keep everyone safe, including protective screens at every checkout, social distancing signage and hand sanitiser.

‘No delivery drivers have been infected and the shop remains open. The safety of our customers and colleagues is our top priority.’

She said: ‘We are grateful to Asda for their prompt response to this incident.

‘Local people in Smethwick are reminded that this virus can be fatal. We are strongly advising everyone to avoid crowds and social gatherings as much as possible right now. This is a serious situation and we all need to be very careful.’

‘This is another reminder that everyone – wherever they live, work or visit – needs to stay vigilant. The virus is still out there and the situation remains very serious.’