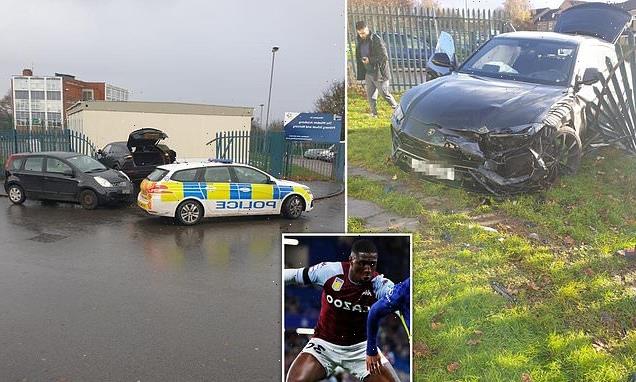 This is the moment Premier League star Kortney Hause crashed his new, £180,000 Lamborghini through a metal school fence just yards from the front gate only hours before his team was due to play a crucial match.

Aston Villa defender Hause, 26 slammed his superfast car, which can reach speeds of up to 180 mph, into perimeter fencing of the twin Pioneer and Wisdom Academies, which are joint Islamic faith junior and secondary schools in Aston, Birmingham, close to the team’s home ground.

The accident took place shortly after mid-day on Wednesday. Later that evening Hause was an un-used substitute for Aston Villa’s home match against champions Manchester City, which they lost 2-1.

After hurtling through the front metal fence, the defender’s airbag inflated with his luxury car sustaining damage to its front and side.

This is the moment Aston Villa footballer Kortney Hause crashed his brand new, £180,000 Lamborghini through a metal school fence just yards from the front gate in Aston, Birmingham 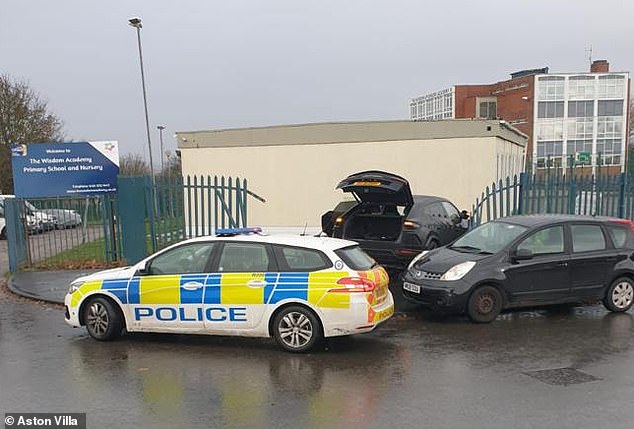 Pictured: Witnesses said the defender stayed on the scene with a friend until police turned up 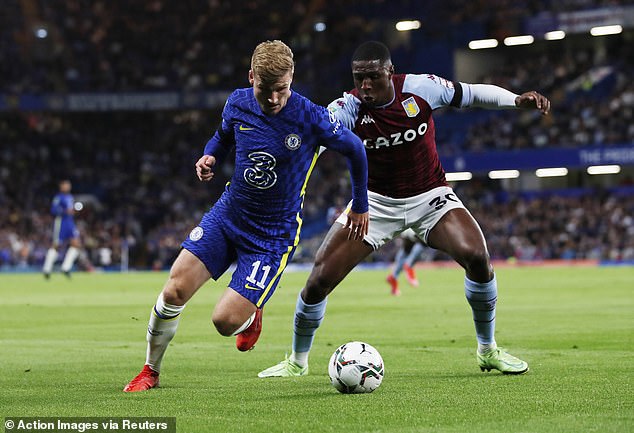 Onlookers called police and the startled player waited with friends for them to attend. He is said to be shaken by the incident but did not sustain any injuries.

A witness told Mail Online: ‘We heard this almighty bang, and everyone came rushing to see what had happened.

‘We saw that this flash car had spun out of control and gone straight though the fence. It must have hit it with some force.

‘We all realised it was probably a footballer when we saw it was a 2021 Lamborghini – and then we recognised it was Hause. He didn’t look injured, but he did seem to be a bit blown away – he looked shocked.’

Eyewitnesses also said that it was fortunate that no children were present when the crash took place as they were all doing their prayers.

One said: ‘It could have been a lot worse because the accident was close to the main gate, where it can get quite busy. When it happened, the kids were all in the school for prayer time, so no one was too near the crash site.’ 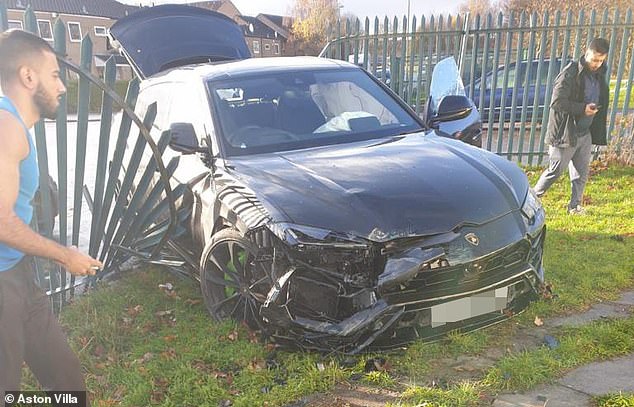 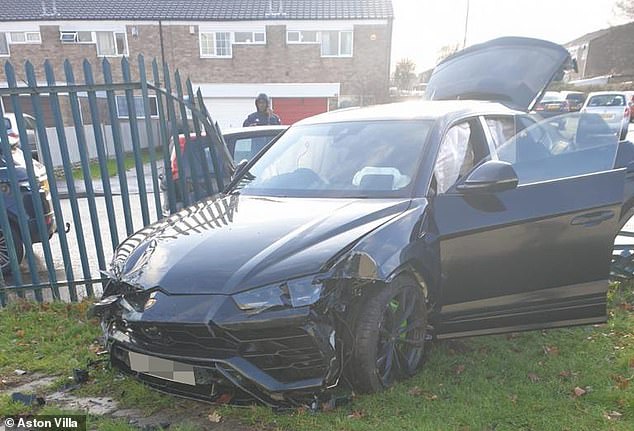 Hause hit the sports headlines earlier this season when he scored the winning goal for Aston Villa against Manchester United, but he has also featured in the media for his troubled love life.

He previously dated stunning Paige Bannister, but the relationship ended badly in 2016 after she was reported to be cheating on him with Crystal Palace star Wilfred Zaha, with whom she now shares a child.

A friend told one newspaper at the time: ‘Zaha has fallen for Paige in a big way. He has told her that he will leave his girlfriend for her but it’s difficult at the moment.

‘She feels sorry for the girlfriend, but at the end of the day not sorry enough to stop sleeping with her partner.’

Hause broke into professional football with Wycombe Wanderers before moving on to Wolverhampton Wanderers and then Aston Villa, who he joined in 2019.

The defender has also represented England Under 21s.

His agent and Aston Villa have been contacted for comment.