An asylum seeker who lied about his age is set to be jailed for the gang rape of a 17-year-old girl in an underpass – with his two accomplices already sentenced to 13 years each.

Abdul Latif Salih, 35, Bahaldin Doud, 21, and Saddam Muhamadaim, all from Sudan, attacked their terrified victim on July 14 last year, in the underpass in Huddersfield, West Yorkshire.

Salih and Doud have now both been jailed but Muhamadaim still awaits sentencing after he claimed in court that he was actually 17 years old at the time of the attack and not 25, as previously thought. 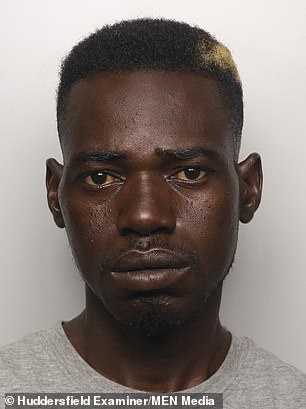 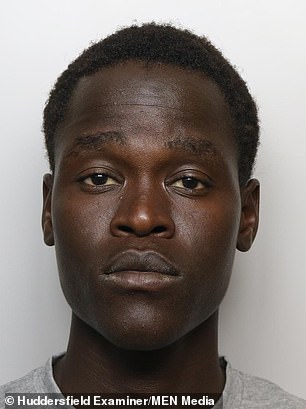 The men left DNA evidence behind and were captured by police just days after the horrific attack.

Muhamadaim, from Birkby, was convicted of three counts of rape and one count of attempted rape.

He will be sentenced after his real age is determined.

Leeds Crown Court previously heard Muhamadaim, who came to the UK from Sudan, gave his date of birth as January 1993 in an asylum registration form document, but he later told police it is actually March 2001.

He was returned to custody.

Salaih, from Huddersfield, and Doud, from Leeds, will also be placed on the sex offenders register.

Detective Inspector Mark Catney, from Kirklees CID, who led the investigation, said: ‘These men have been handed lengthy prison sentences for the crimes they committed against a 17-year-old girl. 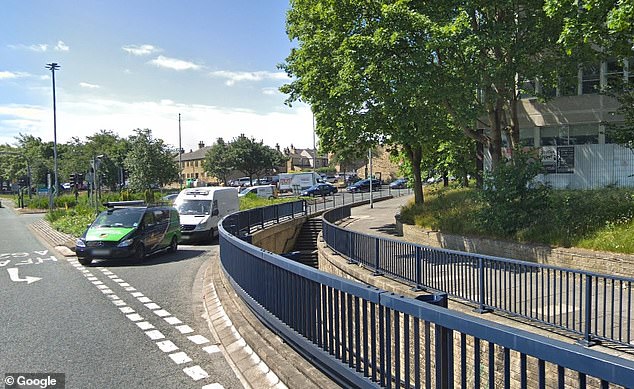 They attacked their terrified victim, who was 17, in an underpass in Huddersfield, West Yorkshire (pictured)

‘They prolonged her ordeal by making her relive the incident through the court trial, but we are pleased that they were found guilty by the jury and have been given significant sentences.

‘This was a distressing incident for the victim, but thankfully detectives at Kirklees Safeguarding Unit carried out a thorough investigation and within days of the incident, we had all three males in police custody.

‘I would like to praise the victim for her bravery in coming forward to report the offences to police. She was subjected to a horrendous ordeal but now I hope that these sentences will allow her some closure to what has happened.

‘Anyone who has suffered any sexual crime is urged to come forward to the police so that we can investigate it. We have specially trained police officers who will offer support and advice throughout.’