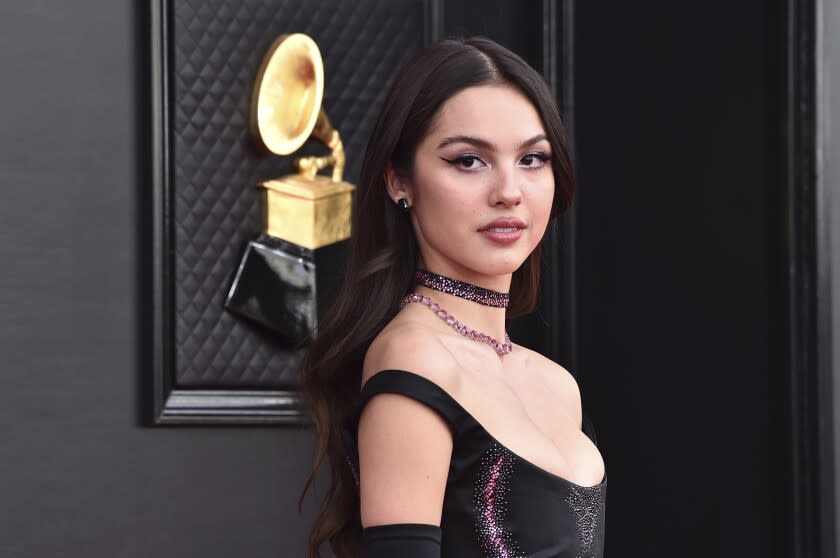 Olivia Rodrigo took a moment Tuesday during her concert in Los Angeles to address the elementary school shooting in Uvalde, Texas, that killed two teachers and 19 children.

“I’m so devastated about the shooting that happened in Texas today,” the singer-songwriter told the crowd at the Greek Theatre in Griffith Park, according to footage captured by Rolling Stone reporter Tomás Mier, who previously worked at the Los Angeles Times.

“We should never have to worry about our safety or our lives in places that are dedicated to our learning and growing. And I’m so heartbroken that this is the reality that we’re living in. And we need stricter gun control laws in America now.”

On Tuesday, a gunman barricaded himself inside and opened fire on a fourth-grade classroom at Robb Elementary School. The massacre marks the deadliest school shooting in the United States since a gunman killed 20 first-grade students, four teachers, a principal and a school psychologist at Sandy Hook Elementary School in Connecticut nearly 10 years ago.

Rodrigo remarked on the tragedy during the first of two sold-out shows at the Greek Theatre on the concert tour for her Grammy-winning debut album, “Sour.” The teen pop sensation is scheduled to perform there again Wednesday night.

This isn’t the first time the “Drivers License” hitmaker has used her platform to speak out on a topic she cares about. Amid reports that the Supreme Court is positioned to overturn Roe vs. Wade, Rodrigo advocated for abortion rights at a concert in Washington. Last summer, the 19-year-old artist visited the White House and encouraged young people to get vaccinated against COVID-19.

Rodrigo is among many public figures who have called for stricter gun legislation, including Taylor Swift, Simu Liu, Quinta Brunson, Rachel Zegler, Amanda Gorman, Mario Lopez and Matthew McConaughey, who released a statement grieving for his hometown of Uvalde.