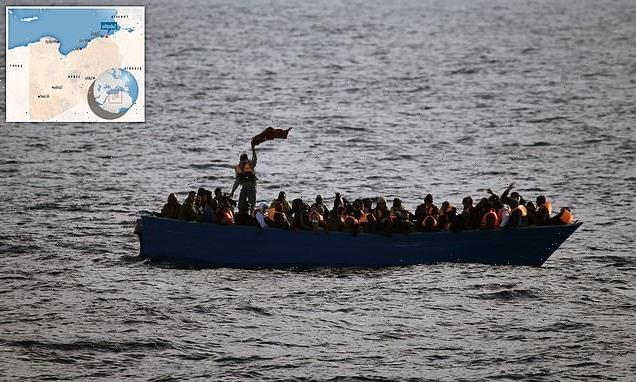 A migrant boat has capsized off the Libyan coast, leaving at least 35 people dead or presumed dead, the UN migration agency said.

The shipwreck took place on Friday off the western Libyan city of Sabratha, a major launching point for the mainly African migrants making the dangerous voyage across the Mediterranean.

The International Organisation for Migration said the bodies of six migrants were pulled out the water, while 29 others were missing and presumed dead.

It was not immediately clear what caused the wooden boat to capsize.

The tragedy was the latest to involve migrants departing from North Africa to seek a better life in Europe.

In the past week alone, at least 53 migrants were reported dead or presumed dead off Libya, according to the IOM.

‘Dedicated search and rescue capacity and a safe disembarkation mechanism are urgently needed to prevent further deaths and suffering,’ the IOM said.

Investigators commissioned by the United Nations’ top human rights body found evidence of possible crimes against humanity committed in Libya against migrants detained in government-run prisons and at the hands of human traffickers. 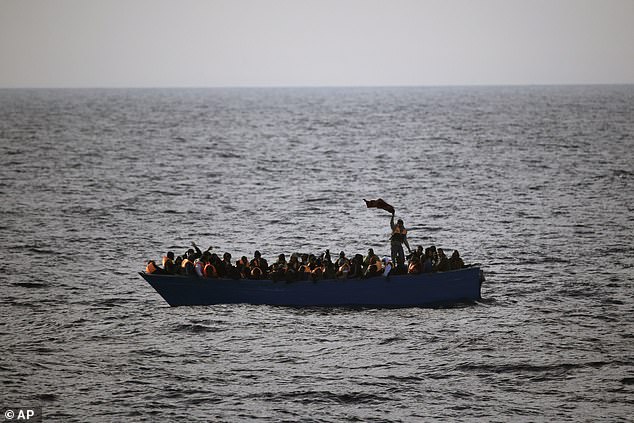 A migrant boat has capsized on Friday off the Libyan coastal city of Sabathra, north Africa, leaving at least 35 people dead or presumed dead, said the UN migration agency (picture of a wooden migrant boat off the coast of Sabratha in February 2017)

Earlier this month, more than 90 people in an overcrowded boat drowned in the Mediterranean Sea, days after they left Libya, according to the Doctors Without Borders aid group.

Migrants regularly try to cross the Mediterranean from Libya in a desperate attempt to reach European shores.

The country has emerged as the dominant transit point for migrants fleeing war and poverty in Africa and the Middle East.

Human traffickers in recent years have benefited from the chaos in Libya, smuggling in migrants across the oil-rich country’s lengthy borders with six nations.

The migrants are then typically packed into ill-equipped rubber boats and set off on risky sea voyages.

At least 476 migrants died along the Central Mediterranean route between January 1 and April 11, according to the IOM.

Once back in Libya, the migrants are typically taken to government-run detention centres rife with abuse and ill-treatment.

The capsize also comes almost exactly a year after 130 migrants were feared to have drowned in the Mediterranean after their rubber boat heading to Europe capsized off the coast of Libya.

At the time, humanitarian organisations accused the Libyan coast guard and European authorities of failing to meet their responsibilities to save lives.

A Libyan coast guard official said that they searched for the boat but could not find it with their limited resources.

The deadly incidents have raised the question among European Union countries and Libya over who is responsible for saving those at sea.

In Britain, the Royal Navy took over ‘operational command’ of handling migrants crossing the Channel on Thursday as part of a shake-up which will see the planned transfer of asylum seekers to Rwanda.

Earlier this week, at least seven boats carrying around 85 more migrants crossed the Channel, bringing the UK’s total this year so far to around 4,578.

Around 40 people were escorted from Dungeness and Dover harbour, Kent, on board an RNLI vessel at 3am on 13 April, with the mostly male group seen wrapped in warm coats and blankets as they were led along the gangway to be processed.

Shortly after 9am a second RNLI lifeboat brought around 15 migrants to shore. 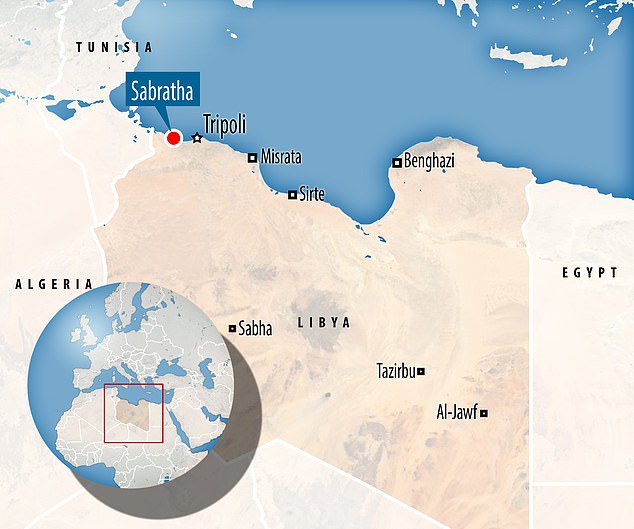 The shipwreck took place on Friday off the western Libyan city of Sabratha, a major launching point for the mainly African migrants making the dangerous voyage across the Mediterranean

Less than an hour later, Border Force vessel Searcher escorted at least another 30 people to the port of Dover.

Women and young children were reported to have been among the passengers of several boatloads of people who have crossed the English Channel.

On 11 April UK officials escorted two small boats of men, women and children into Dover Harbour, Kent at around 7.30am, following a two-week break in crossings due to strong winds and bad weather.

According to official Home Office figures, at least 4,578 people have reached the UK by small boat so far this year, with more than 3,000 migrants making the treacherous journey last month alone.

This is the highest monthly figure since November 2021 when 6,869 people crossed the Channel.