The victims were reportedly members of two families staying together in a house that flooded after a river burst its banks near Palermo.

Children aged one, three and 15 were among those who died, according to the AFP news agency.

One person survived by clinging to a tree. 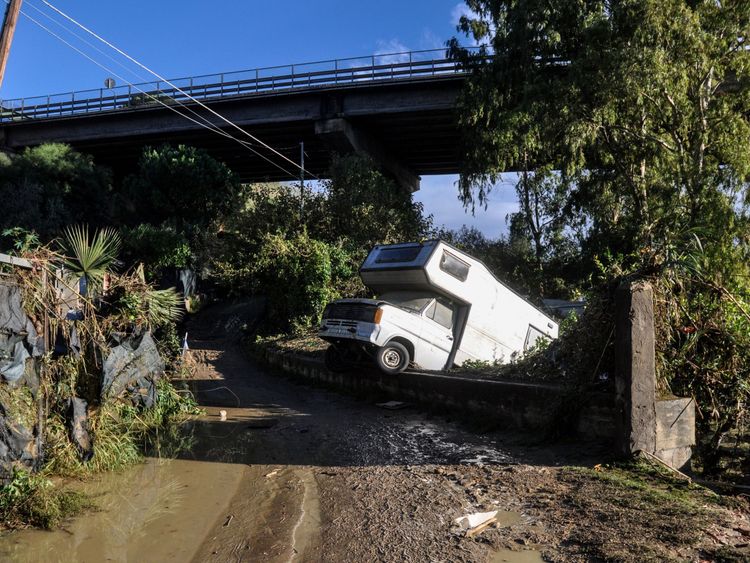 AFP said a man was also found dead in his car following the floods, while two other people are missing.

Roads and schools have been closed across Sicily due to the severe weather, as well as public parks and underpasses.

A series of strong storms has hit Italy especially in the north and around Venice, claiming at least 20 lives and causing major damage and disruption.

Venice frequently floods when high winds push in water from the lagoon, but Monday’s level was the highest since December 2008.

Mayor Luigi Brugnaro said a series of underwater barriers that are being built in the lagoon would have prevented the flooding.

Trees covering the mountains in the Dolomites range were flattened by winds that tore through the Veneto region on Thursday.

Veneto governor Luca Zaia said: “It’s like after an earthquake. Thousands of hectares of forest were razed to the ground, as if by a giant electric saw.”

Italy’s civil protection agency described the weather lashing the country this week as “one of the most complex meteorological situations of the past 50 to 60 years”.