At least seven people have died after heavy rain battered France, Italy and Greece, with many travellers trapped in their cars.

In France, four people died in the Var region, situated between Marseille and Cannes.

A couple in their 70s were killed when their car sank into water, a person died when a French rescue boat sank in the Mediterranean and the fourth person was found dead in a car. 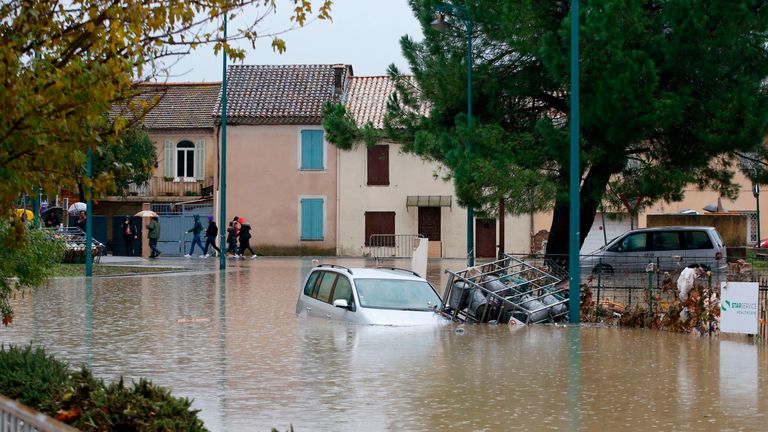 Some roads remain closed on the French Riviera on Monday and many areas are without electricity.

In Italy, where rivers are continuing to rise, a woman was found dead after the Bormida river in the north of the country swept away her car.

Elsewhere, a rescue mission is under way looking for possible victims after a landslide caused the collapse of an elevated road near Savona, which has been badly flooded.

Residents of Pavia, near Milan, are being forced to evacuate as the Ticino River rises.

In Greece, hundreds of homes were flooded following an overnight storm to the west of Athens.

Two men, who are thought to be tourists, were found dead in Greece near Antirio. Their sailboat was caught in the severe weather. 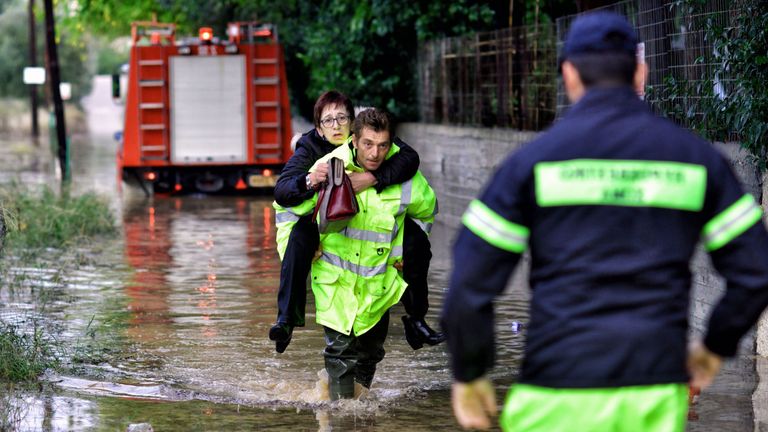 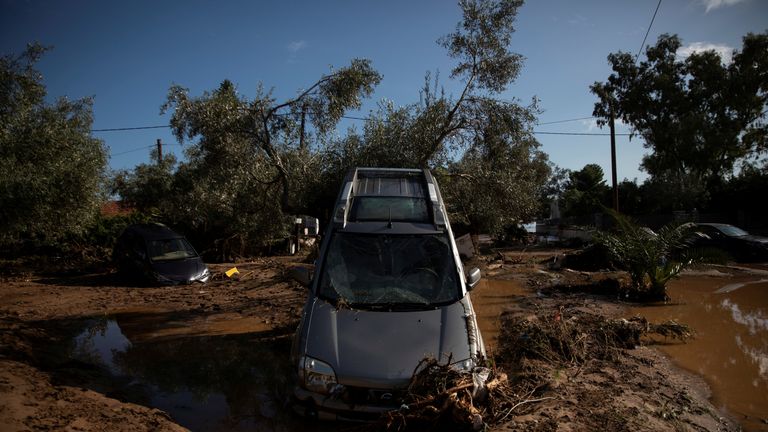 In nearby Patras, torrential rain and mudslides have closed the road linking the Greek capital to the western port city of Patras.

More mudslides took place in the seaside town of Kineta, which was previously struck by forest fires.

The emergency services were able to rescue dozens of people who were trapped in their cars and homes in the area.