Top cat! Athletic moggy is the perfect goalie as it deflects every ball kicked towards it

An athletic cat blocked every ball kicked towards him as he showed off his goalie skills in hilarious footage.

In the clip, Carolitos the cat sits ahead of a wooden door in the hallway of his Rome, Italy home.

His owner, Carlo Giummo, stands a few yards away with a red and white ball as the cat watches on in bemusement. 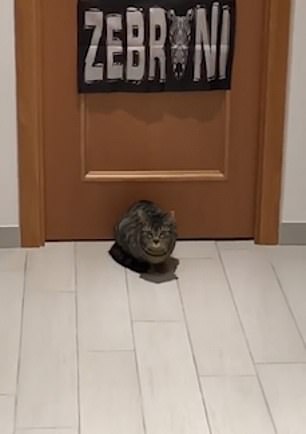 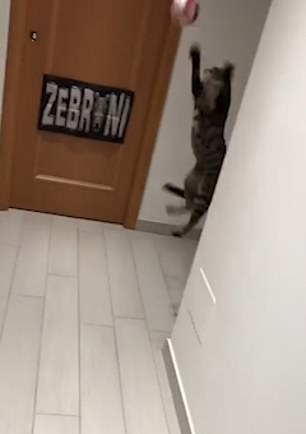 In the clip, Carolitos the cat sits ahead of a wooden door in the hallway of his Rome, Italy home

But when Mr Giummo kicks the ball towards him, Carolitos jumps into action and skillfully blocks the ball from reaching his makeshift goal.

He leaps into the air towards the ball when it hits the back of the door, before stepping forwards to prepare for another shot.

Mr Giummo doesn’t leave him waiting for long – almost immediately launching the ball back towards the feline.

This time, Carolitos jumps into the air and pushes the ball away with his paws before it can reach the door. 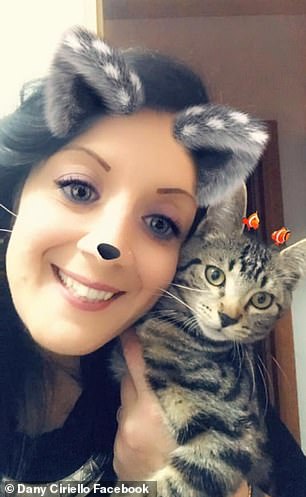 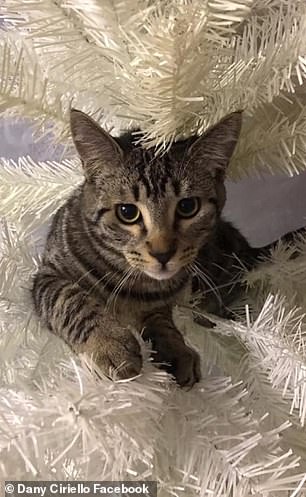 The talented cat then catches three more balls in a row before retreating behind a wall.

But Carolitos is only using the corner as a lookout – jumping across the middle of the hallway to knock back yet another shot.

He posted the video to YouTube last week where it has been viewed more than 5,000 times.