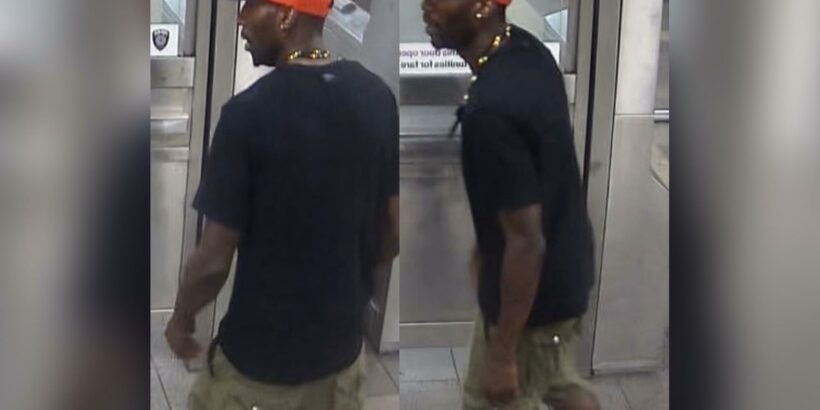 A hateful attacker hurled anti-gay slurs on a Manhattan subway before knifing a straphanger, slicing his chest, cops said Tuesday.

The 29-year-old victim was on a northbound 2 train near West 34th Street and Seventh Avenue around 3:30 a.m. Monday when a man sitting across from him began shouting homophobic statements at passengers, according to police.

He then allegedly addressed the victim directly and said, “Yo big ass want to sit down with your legs crossed, f—-t.”

An argument ensued and spilled onto the northbound platform, where the suspect stabbed the victim with an unknown object before taking off, cops said.

The victim got back on the train before he realized he was stabbed on the left side of his chest and torso.

He went to Mount Sinai West for treatment of his non-life-threatening injuries, cops said.

The suspect, shown in a surveillance image, has a dark complexion, is about 5-foot-11, and around 185 pounds, with a medium build and partial facial hair, police said.

He was last seen wearing a red Chicago Bulls basketball hat, a gold chain around his neck, a black shirt, green cargo shorts and multi-colored sneakers.