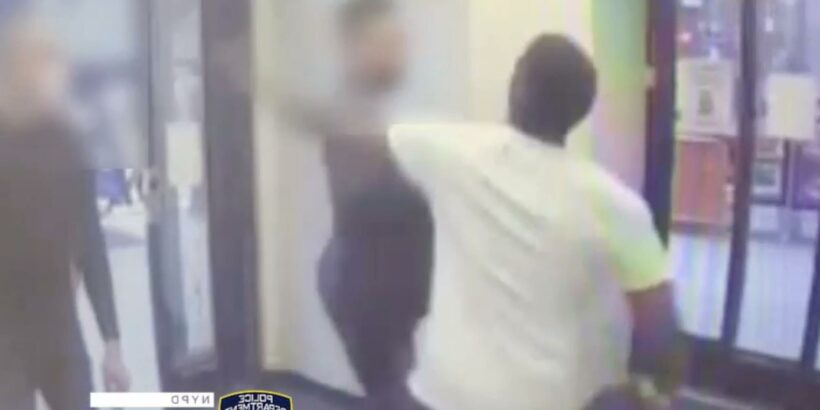 A 24-year-old man was sucker-punched near Penn Station by a stranger who spewed anti-gay remarks at him, new video released by police shows.

The victim had entered a CVS at 5 Pennsylvania Plaza around 7 p.m. Saturday when the attacker, walking in the opposite direction, punched him in the back of the head and neck, the surveillance clip released late Tuesday shows.

During the assault, the suspect made homophobic comments, cops said.

The suspect then ran off, heading west on 34th Street toward Ninth Avenue, cops said.

The NYPD’s Hate Crime Task Force is investigating the incident.