The President tweeted his thanks to Sessions, and announced an interim replacement in a pointed statement. 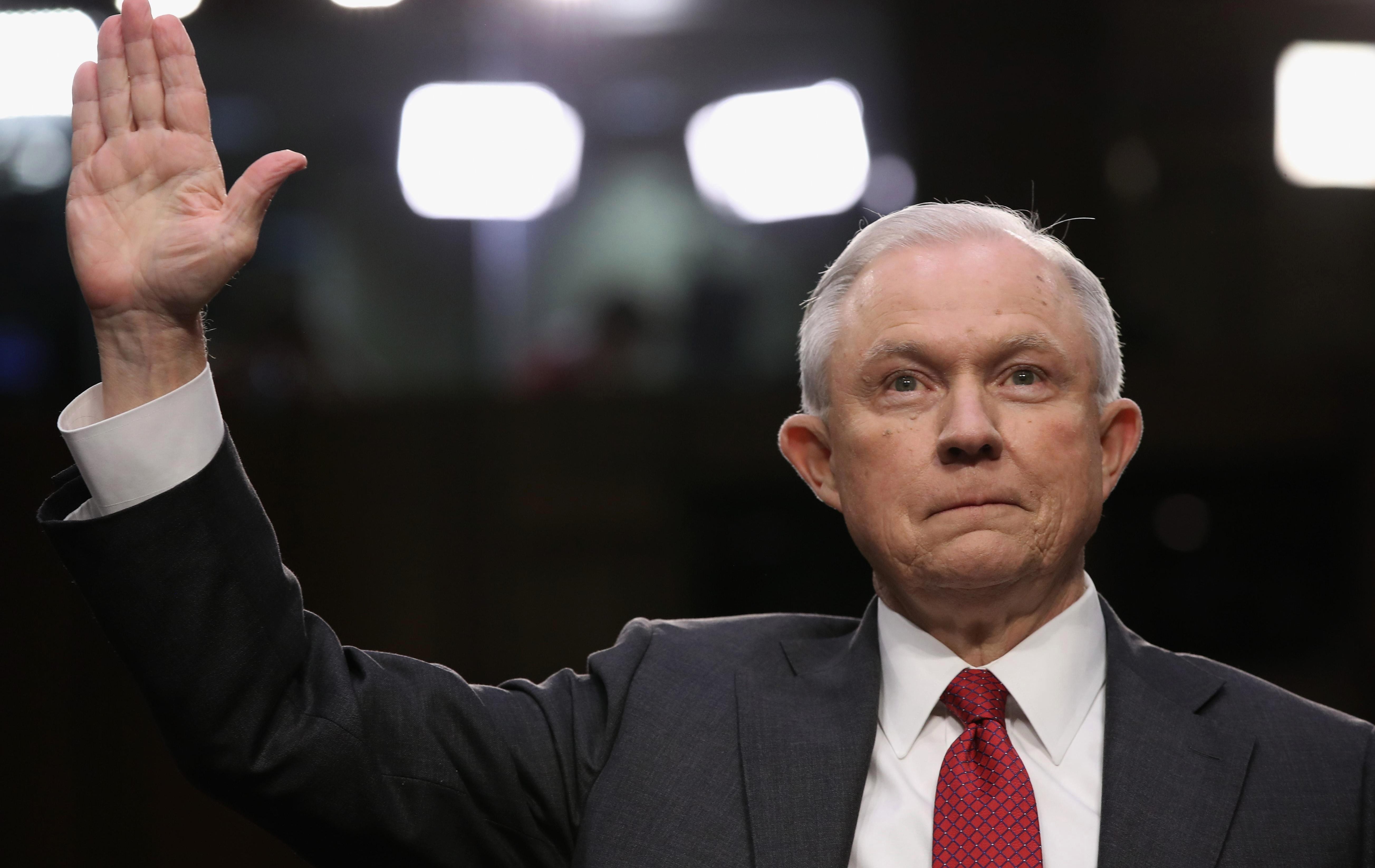 He said: "We are pleased to announce that Matthew G. Whitaker, Chief of Staff to Attorney General Jeff Sessions at the Department of Justice, will become our new Acting Attorney General of the United States. He will serve our Country well.

"We thank Attorney General Jeff Sessions for his service, and wish him well! A permanent replacement will be nominated at a later date."

During his two-year tenure, Sessions and Trump endured a fractious relationship as while Sessions was one of the president's earliest supporters, relations had become strained in recent months. 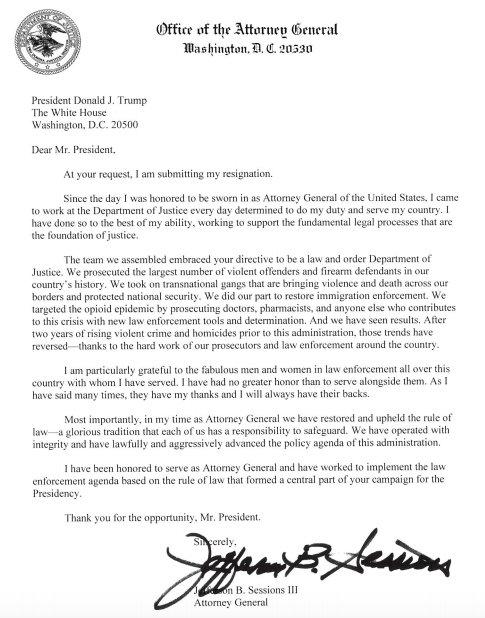 In the resignation letter, Sessions said he was "honoured to be sworn in as Attorney General", and worked to "implement the law enforcement agenda" that formed a central part of Trump's campaign.

Just weeks into the attorney general's tumultuous tenure, he stepped aside from the investigation into the alleged meddling between the president's campaign and Russia.

Trump blamed Sessions' decision for opening the door to the appointment of special counsel Robert Mueller, who took over the Russia investigation and began examining whether Trump's hectoring of Sessions was part of a broader effort to obstruct justice and stymie the probe. 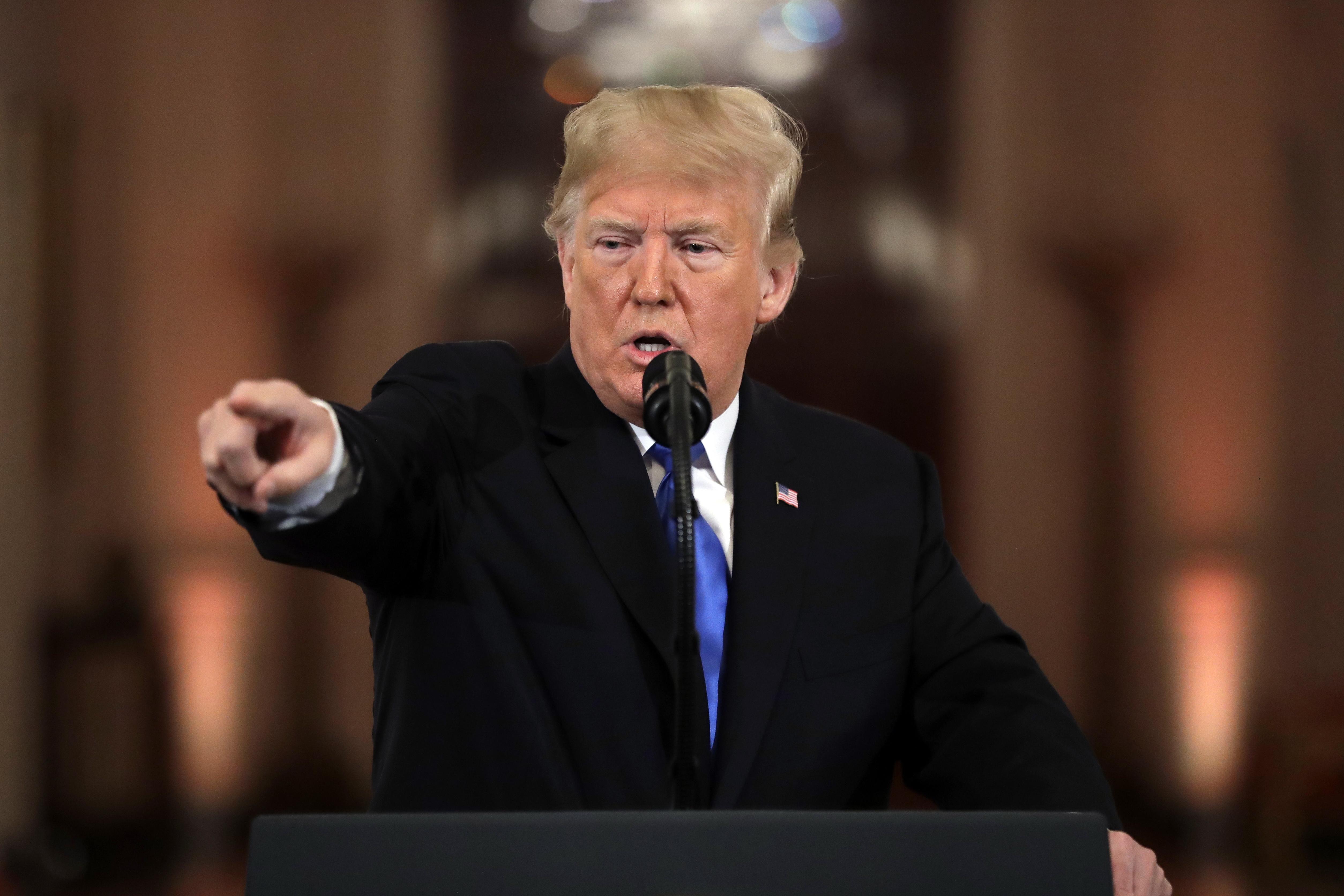 Nadler is in line to become the chairman of the Judiciary panel when Democrats take control of the House in January. Last night, he tweeted that "we will be holding people accountable."

Democrats worry that firing Sessions is a path to removing special counsel Robert Mueller and trying to end the probe into the Russia investigation.

Nadler says he wants to know why Trump is making the change and "who has authority over Special Counsel Mueller's investigation?"

Schumer says he finds the timing of Sessions' departure "very suspect", and tweeted that the president "has something to hide".

The New York Democrat says it would spark a "constitutional crisis" if Trump forced out Sessions as a "prelude" to ending or limiting Mueller's investigation.

Former senior advisor to President Obama, Dan Pfeiffer warned: "Trump is ending the Mueller investigation right before our eyes and if you expect the Republicans to do anything about it you have been sleepwalking through the last two years."

Democrat Congressman – and ranking member of the Ethics Committee – Ted Deutch also said the resignation is the "first step" toward removing the special counsel and "burying its findings" before the Dems take power next year.