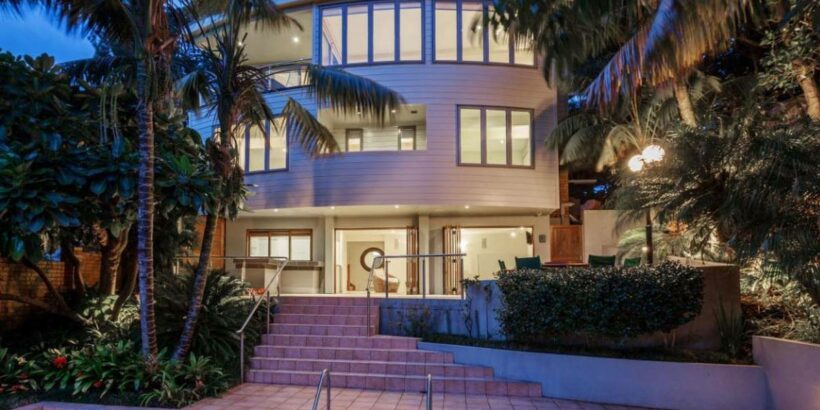 A $3.6 million home overlooking Ladies Bay Beach in the Auckland suburb of St Heliers was swarmed by the Armed Offenders Squad on the morning of March 17 as the property was seized and its occupants arrested.

A total of $6000 found on the property and $200,000 worth of jewellery hidden in a safe were also seized, including a ruby and diamond necklace with an approximate value of $49,100.

The Herald on Sunday can reveal today the details of $10.2m worth of property, vehicles, cash, jewellery and bank accounts seized by police as part of a year-long Financial Crime Unit crackdown on Auckland’s high-end money launderers.

The three-storey Springcombe Rd property sits proudly on a ridge near Achilles Point, just around the corner from St Heliers beach.

The 1980s weatherboard home boasts “stunning panoramic view from the city to Devonport”, an outdoor pool and billiard room.

But police allege it was obtained with dirty money. It was one of four properties targeted in 12 raids across Auckland. Ten people were arrested as a result.

Police allege the funds were being used to import illicit drugs into New Zealand.

A without notice application for restraining the assets was filed by Police Commissioner Andrew Coster on March 12, according to court documents obtained by the Herald.

Ten people are facing multiple charges each, including money laundering, obtaining by deception and possessing methamphetamine, cannabis and cocaine for supply.

The group of nine men and one woman between the ages of 32 and 70 includes Jeffrey Alleyne, John Cork, Jed Dengelo, Ye Hua, Paul McGregor, Ronny Okeke and Zhenhua Qian.

They are all moving through the court system and are due to appear for a case review hearing on May 21 and June 30 at Auckland District Court.

A $3.4m three-bedroom home on Brigham Lane in Kumeu overlooking a river and just steps away from a golf range, winery and food market has been seized.

So have two less ostentatious properties in New Lynn: a $1.5m 1960s home on Beverly Place and a $1.6m four-bedroom home on Kaweka St.

Police froze the contents of 23 bank accounts along with all cryptocurrency held directly or indirectly by or on behalf of Qian and Hua.

A platinum diamond ring, pearl necklaces and a Rolex watch were among jewellery seized from the Springcombe Rd house.

A total of $100,000 in cash found in a cardboard box at a Newmarket business was also taken.

A further without notice application to restrain more bank accounts was filed by police on March 30 and April 1.

Qian and Hua, who lived at the St Heliers address, denied multiple charges of money laundering and obtaining by deception at Auckland District Court on April 15.

They stood side by side in the dock and waved and smiled at supporters in the public gallery.

The eldest in the group of alleged offenders, John Cork, pleaded not guilty to three charges of obtaining by deception on April 13.

Operation Ida is the third instalment of the Financial Crime Group’s crackdown on money launderers over the course of a year.

Across all three operations, more than $21m has been restrained by police and 28 people charged.

“These investigations focused on the activities of semi-legitimate businesses that we allege were engaged in a staggering amount of money laundering,” Detective Inspector Lloyd Schmid said at the time of the arrests.

“Funds were being laundered and sent offshore by those involved in this operation to settle payment for illicit drugs and other illicit commodities being sent to our country,” Schmid said.

“In the case of Operation Ida, we have investigated a money laundering syndicate operating in Auckland, with a foreign exchange business allegedly as a front for their illicit activities.”