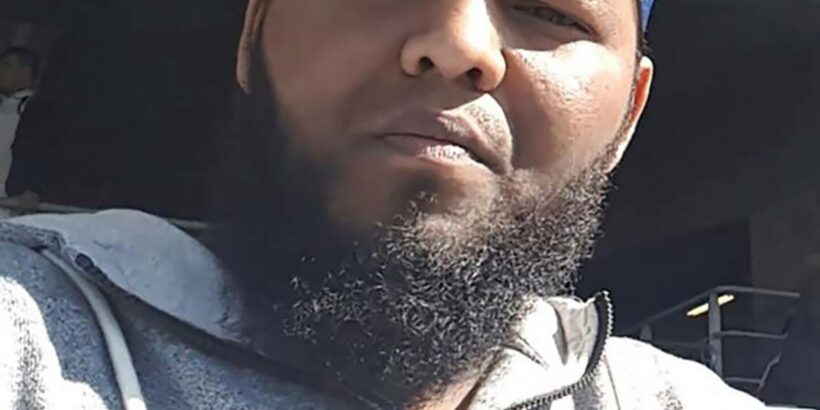 Steve Brodie was grocery shopping with his wife on Friday when all hell broke loose.

He saw a man start stabbing other shoppers and he knew he had to get out.

His son told Stuff how Brodie did everything he could to get his wife to safety.

John Brodie said his father was a hero, and explained how the ordeal unravelled.

Seven people were injured when Ahamed Samsudeen grabbed a knife from a shelf at the New Lynn Countdown on Friday afternoon and began attacking other shoppers.

The 32-year-old was shot dead by police after stabbing at least five people, leaving three with critical injuries.

The Sri Lankan-born man was an identified threat, a dangerous high risk to the public, on a terror watch-list, and was under 24/7 surveillance.

John Brodie spoke to Stuff about his father’s injury and what happened in the lead-up to the terrifying ordeal.

He explained that his parents were in different parts of the supermarket doing their weekly grocery shop when the horror unfolded.

Steve Brodie saw the terrorist stab multiple people and cried out for his wife to come to him quickly.

“They exited out the back, but the guy actually went for my dad, and my dad went behind the door and held it and let my mum escape out the back,” John Brodie told Stuff.

As Steve Brodie held the door, the terrorist came right for him.

“The terrorist was yelling out something …. and stabbed through the door, and it ripped dad’s shirt,” John Brodie told Stuff.

“He got just a little scratch. Dad just let this yell out back, and the guy backed off.”

John Brodie said his parents sent him a message soon after the incident.

They explained there had been an attack but that they were okay.

“I couldn’t believe it, and the fact my dad saw some people get stabbed… it’s absolutely terrifying,” John Brodie said.

Steve Brodie was “a bit shaken up”.

He told Stuff he did not want speak about the terror attack.

His son said he was “heroic”.

“There’s no other word for it,” he said.

Steve Brodie is formerly from the Canterbury area, Stuff reported.

“It wouldn’t have sunk in, I think until probably about now,” John Brodie said.

“He’s doing well considering, it’s hard to tell how any of us would feel in that situation.”

Earlier today the terrorist’s family released a statement through an Auckland law firm.

“We wish to begin by saying that our family would like to send our love and support to those who were hurt in the horrible act yesterday,” said his brother Aroos on behalf of the wider family.

“We are so shaken by what has happened and we do not know what to do.

“We hope to find out with you all, what happened in Aathil’s case and what we all could have done to prevent this.

“We are heartbroken by this terrible event.”