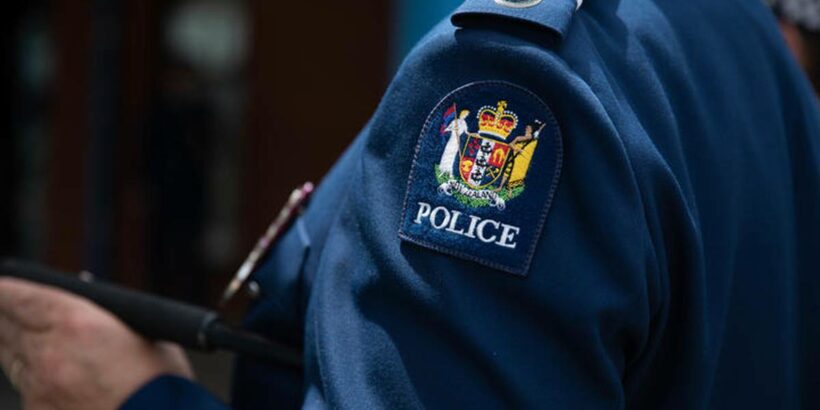 An innocent man who was mistakenly arrested and held at gunpoint by police says he is traumatised and has not been offered any apology or help.

Brandon Moase said he and his friend were ordered to their knees by police yesterday in a street in West Auckland, handcuffed with guns pointed at them, before being released 15 minutes later after police admitted they’d got the wrong people.

Moase, 29, said he has not been able to stop thinking about the event. His one-year-old son was in the car surrounded by armed police.

The police said they were responding to a call about an aggravated robbery with a firearm just before midday on Saturday in West Auckland. A spokesperson said they thought the two were involved, needed to act quickly, and did apologise to Moase and his friend.

Moase, his young son and a friend were on their way back from a morning in the sun at Auckland’s Mission Bay, and stopped at Glenmall Place in Glen Eden to buy lunch.

As soon as they’d parked up he heard police behind the car telling him to show his hands out the window and to get out slowly one at a time.

“From what I remember, about four or five police with guns pointing at me and my friend. It was pretty scary, and [I was] also confused – I didn’t know what the hell was going on,” Moase said.

“They had us in handcuffs, searched my car for five or ten minutes, then pretty much told us we were free to go because they had the wrong people. They didn’t read us any rights or anything, didn’t apologise, no nothing.”

Moase said a complaint has been made to the police, and he has alerted the Independent Police Conduct Authority. A bystander took a video which Moase sent to the IPCA.

“I told them that my son was in the car and they completely ignored me and continued trying to question me, all the while they had four to six police pointing guns at my car, which is obviously very frightening for me because I lost a son previously as well, which set off a few emotions.”

The police said they were alerted to an aggravated robbery during an alleged drug deal just before midday in Parrs Park.

“During the transaction, the offender reportedly presented a firearm at the victims in their vehicle. A struggle ensued and the offender and his associate fled on foot,” a spokesperson said in a statement.

Police said during their search they found Moase and his friend and thought they were connected.

“Further enquiries determined they were not involved and they were subsequently released. Police apologised to the two men. Victim support referrals were also made,” the police spokesperson said.

“Police needed to act quickly in order to keep the community safe as this was a fast-moving and high risk situation.”

During the incident, Moase was ordered to lift his shirt up to show that he was not concealing any weapons, which he said was humiliating on a busy food strip. His wrists are still red from the handcuffs.

He said said he has not stopped thinking about the scary event. Moase has not heard a thing from police since they left Glenmall Place in a hurry.

“I would expect an apology and some kind of service offered for any kind of counselling. I can’t stop thinking about it – seeing my boy in the car like that with the guns pointed at the car is traumatising.”

Police said they have not yet tracked down the actual offender, and anyone with information can contact them on 105 and quote file number 210116/6934, or Crimestoppers anonymously on 0800 555 111.