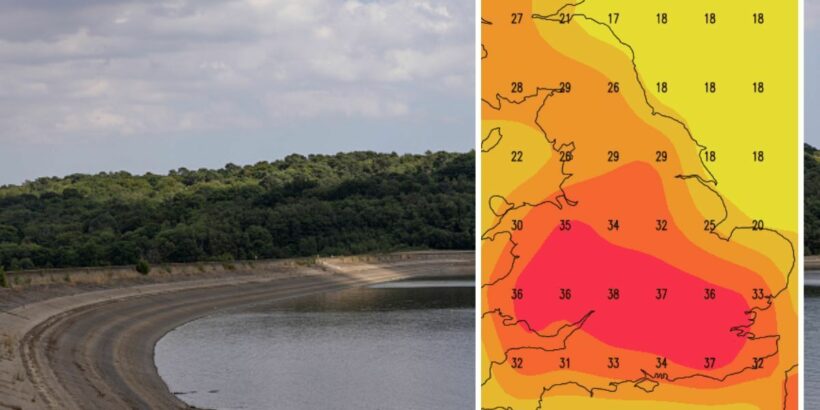 A meteorologist for the top forecaster said no models yet show any downpours for the entire southern part of England, at least for the imminent part of August. This large spanning area ranges from Bristol to East Anglia. The Met Office has said the last month has so far been the driest July in England since 1911. And as of last week there had only been a measly 15.8mm of rain averaged across the entire country.

This, the forecaster added, is only 24 percent of what is expected for the month. The Met Office said: “At this stage in the month we would expect to have seen well over three-quarters of the month’s rain to have already fallen in an average July.”

For August the picture is looking much the same, with only very scattered showers on the horizon in the north after a hot spell on Sunday, August 14 – but nothing near what is required to turn the situation around.

Tom Morgan spoke to Express.co.uk about the situation and how this current scenario shows no signs of change this month.

He said: “It is exceptionally unusual to have a prolonged dry spell across England and Wales – it hasn’t been like this since 1935. 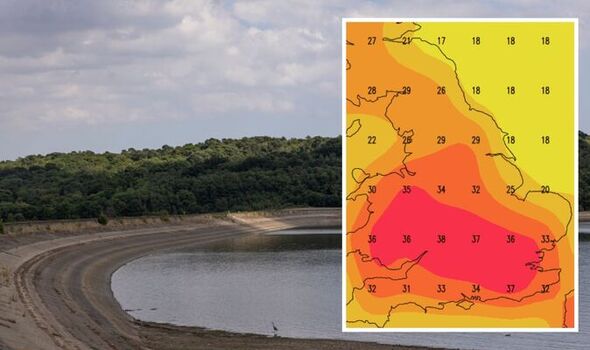 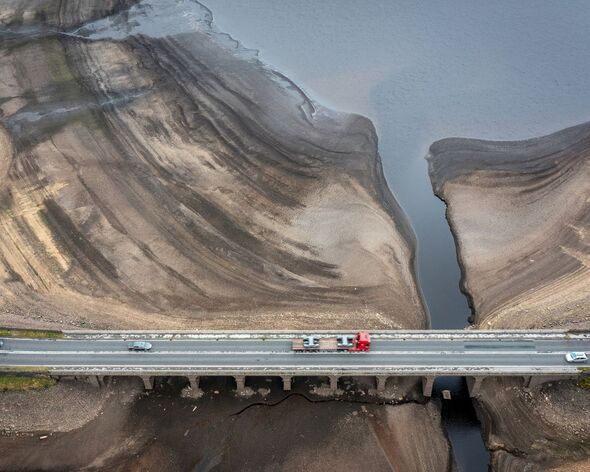 “Unfortunately it is looking very dry in the south, and that’s more likely to be the story.

“If you live in the south, from Bristol to East Anglia there is not much, if any rain, that is much higher confidence.

“There is a big area of high pressure across Europe and that’s allowing us to have high confidence.”

Most of the country has now been shifted into a “prolonged dry weather” status which means the Environmental Agency is now taking action to protect its water sources. 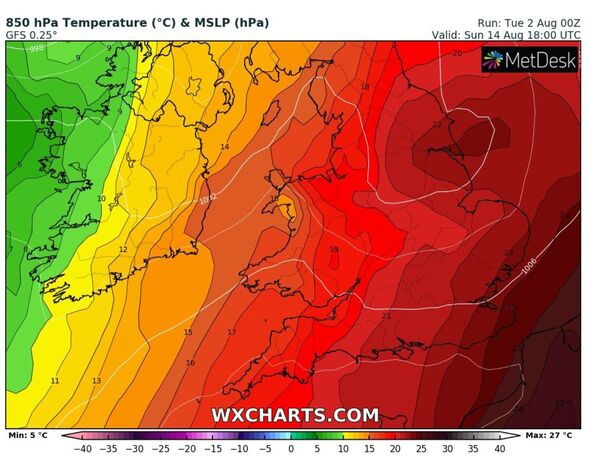 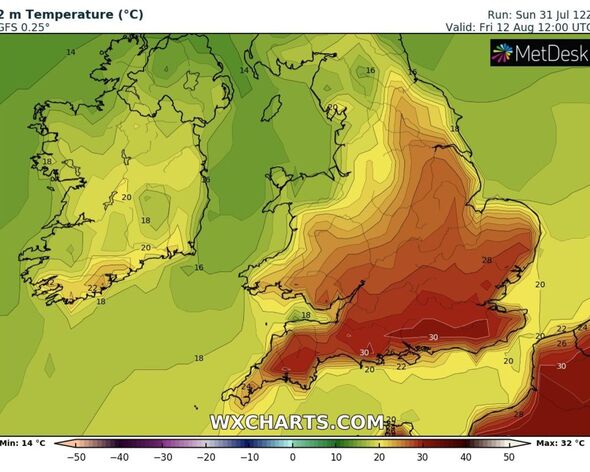 This could result in hosepipe bans being implemented by individual water companies if they see fit to do so.

A meeting between the Environment Agency and the National Drought Group was meant to take place in October, but was brought forward to last week.

It is thought the Met Office’s predictions played a part in the imminent plans put in place.

A Government statement said: “Nowhere in England is currently considered to be ‘in drought’ and most water companies are maintaining good reservoir storage for summer demand.

DON’T MISS:
Hated Brexit deal ‘could shatter UK’ [OPINION]
Farage blasts those blaming conflict in Ukraine for inflation [NEWS]
Britons blast Tories and Labour who are ‘as bad as each other’ [OPINION]

“If further measures are required, temporary use bans (more commonly known as hosepipe bans) will be determined by individual water companies and drought permits and drought orders by the Environment Agency and Defra respectively.”

The statement added: “However, recent abnormally high temperatures have exacerbated conditions resulting from lower-than-normal rainfall so far this year in many parts of England.

“With the Met Office forecasting potentially several more dry weeks ahead, particularly in the South and East of the country, the EA and water companies are now enacting the early stages of their well-rehearsed and publicly available drought plans and calling on everyone to do their bit in managing water use.”