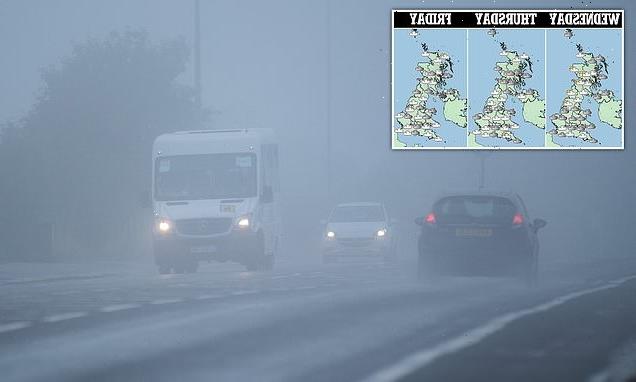 Where has summer gone? August washout continues with MORE rain on the way and threat of thunderstorms in the south – but temperatures could still hit 77F

Britons who have suffered through the August washout are set to endure even more rain over the next few days with a potential for thunderstorms in the south of the country.

Forecasters have warned that the rest of summer looks rather bleak for the UK while some places in Europe, like Sicily, have seen record sweltering highs of 120F (48.8C).

The heatwave that many had been expecting over this week and next is now off the cards and instead Brits can look forward to more spells of rain.

But some experts insist there is still a chance for warmer temperatures as pressure builds in the south meaning the mercury could reach 77F (25C) towards the end of the month.

The BBC forecast has predicted that some areas in the south such as Northamptonshire may even need to be bracing themselves for thundery showers on Sunday. 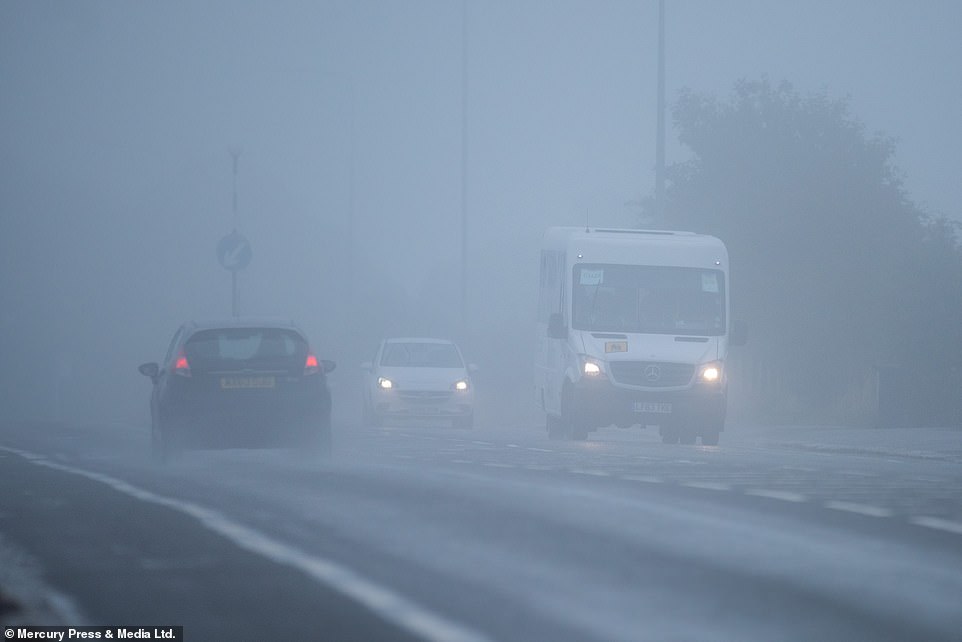 Forecasters have warned that the rest of summer looks rather bleak for the UK while some places in Europe, like Sicily, have seen record sweltering highs of 120F (48.8C). Pictured: Fog and mist in Bolton, Greater Manchester, yesterday 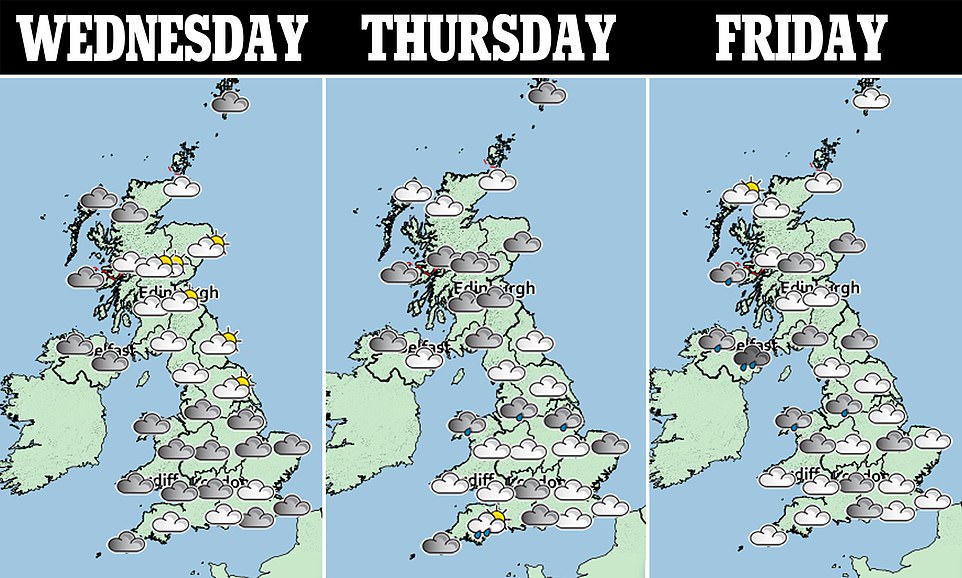 Today the country will remain relatively dry throughout with mild temperatures of about 59F (15C) but with highs of 68F (20C) in Dover.

But overnight yet more showers can be expected across the UK and the drizzly rain is expected to stay tomorrow with the Met Office predicting light rain in most areas and the potential for downpours in the middle of the country.

Towards the weekend it seems more likely that Brits will be able to make fleeting use of their gardens and balconies as sunny spells can be expected between unsettled bouts of rain.

A Met Office spokesman said: ‘Confidence is low for our long term forecast through to the end of the month. However, low pressure is likely to be in charge from 22nd August, with unsettled conditions largely dominant and showers and extensive rain possible.

‘Heading through next week should see a shift so some more settled conditions, but then rain and showers once again look likely to develop, particularly in the south of the UK. Temperatures are likely to remain close to average for the time of year, with some warm spells possible later in the month.

‘In early September there’s obviously low confidence looking this far ahead, but it looks like conditions close to average can be expected, with some spells of rain and winds, particularly in the northwest, but also possible further south at times. The more prolonged dry and warm weather is most likely in the southeast, with temperatures expected to be largely near average for much of the UK.’ 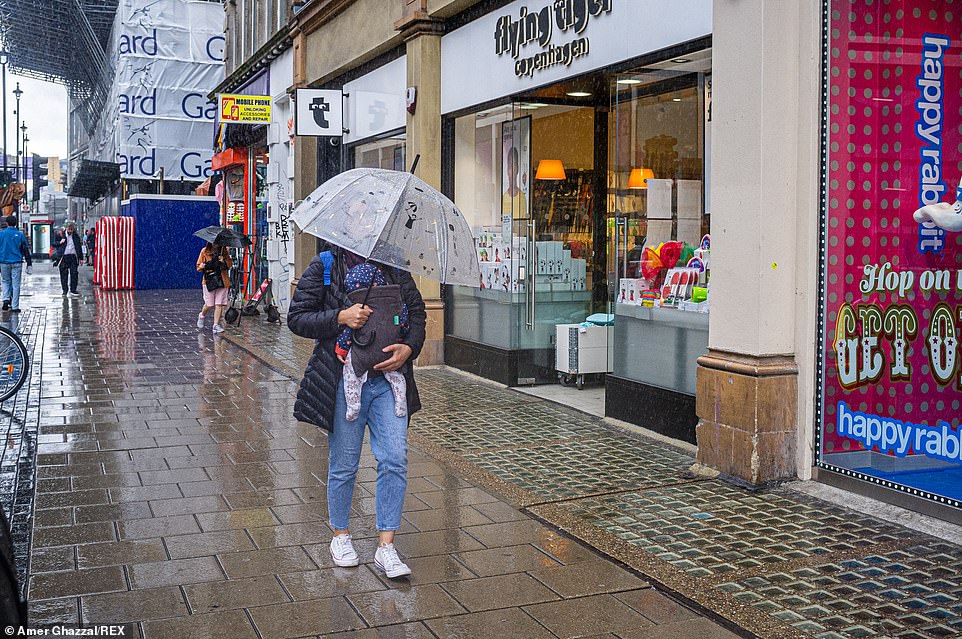 The heatwave that many had been expecting over this week and next is now off the cards and instead Brits can look forward to more rain and wishy-washy spells. Pictured: Shoppers get soaked in the rain on Oxford Street last week 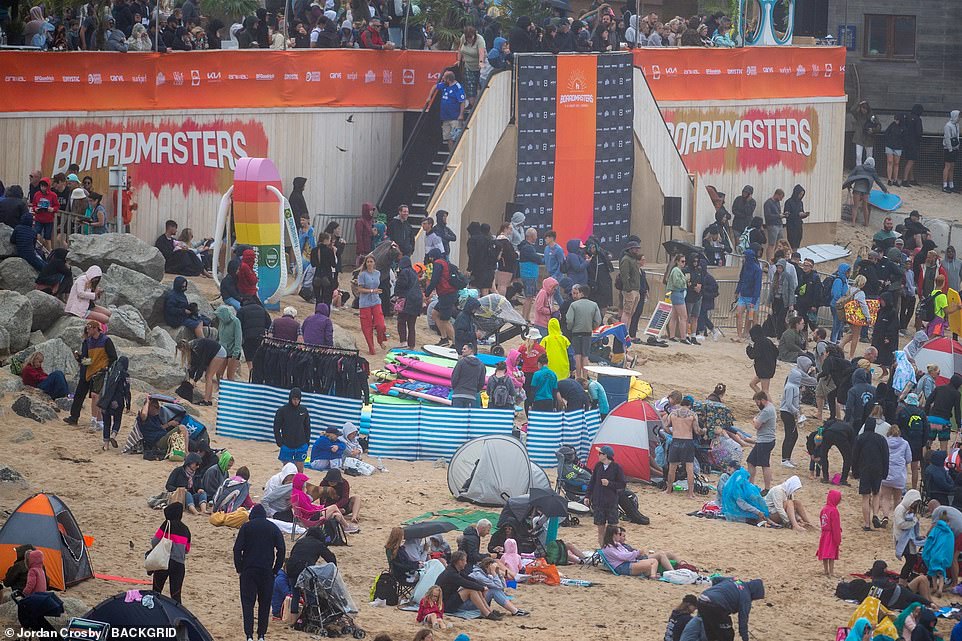 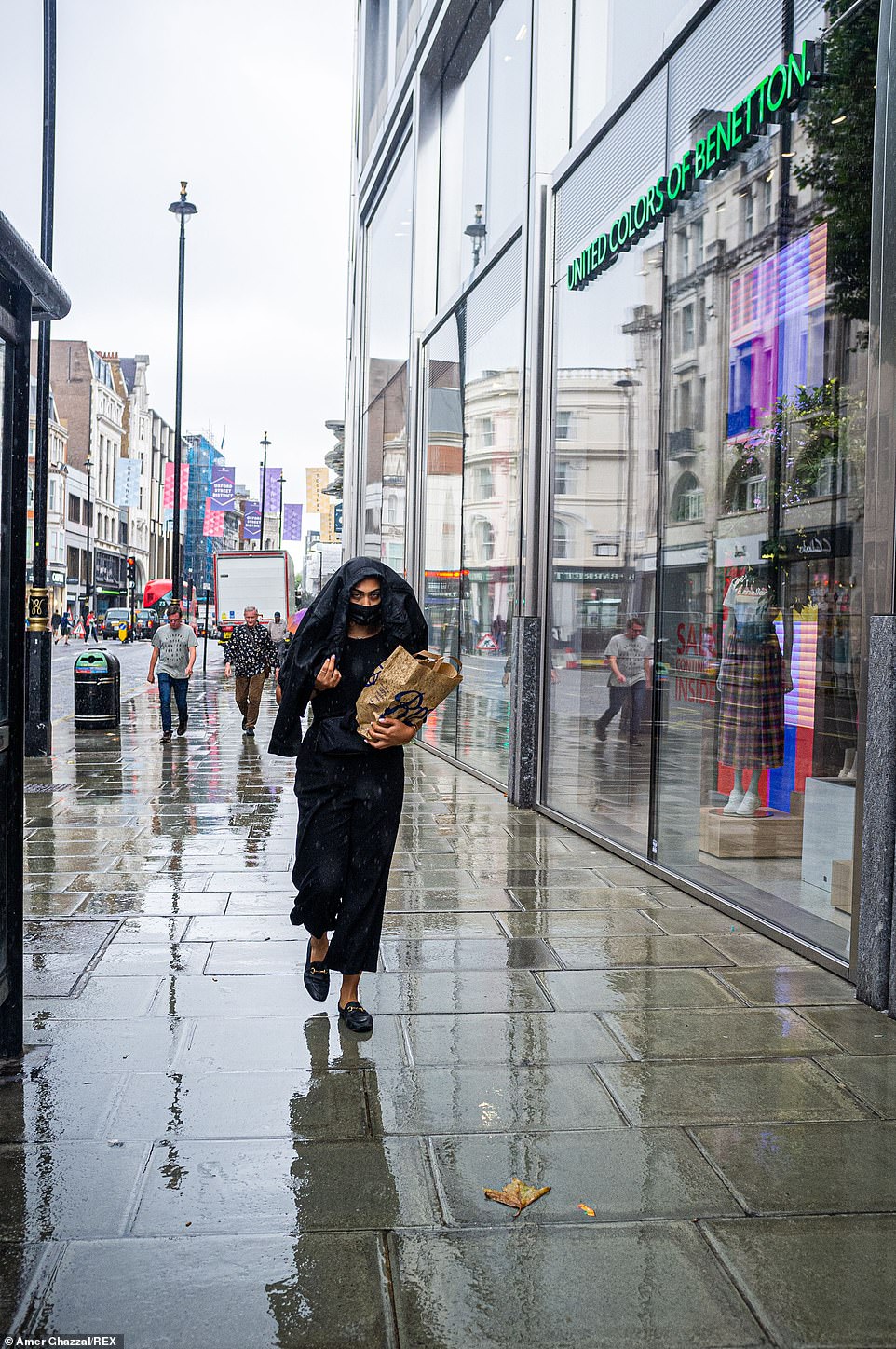 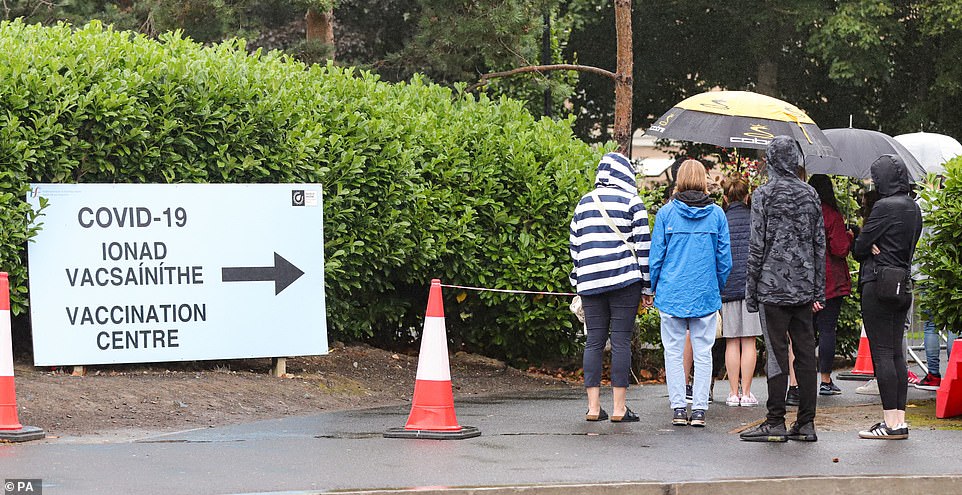 ‘We’ve had flooding, some parts of the country have seen double their average rainfall and temperatures have been unremarkable. It’s been wishy-washy to say the least – and that’s how it’s going to end.

‘A heatwave is not on the cards – but let’s not give up hope altogether. Some September’s have come up trumps over recent years.’

But the hopes are that southerly winds which are set to kick in next week could bring with them some much-needed heat from a sweltering Spain which is currently seeing temperatures of 86F (30C).

A BBC forecaster said: ‘More recent model guidance has backed off from the chance of a heat wave to develop across the UK.

‘This is down to a subtle but important difference in the position of the area of high pressure. It appears most likely to be located a little to the north or north-west of the UK, with winds from the east or north-east.

‘This is not often a direction very warm air moves in from, but some parts could still see temperatures a little above average, especially Scotland and Northern Ireland, which will be nearer to the high pressure centre.’